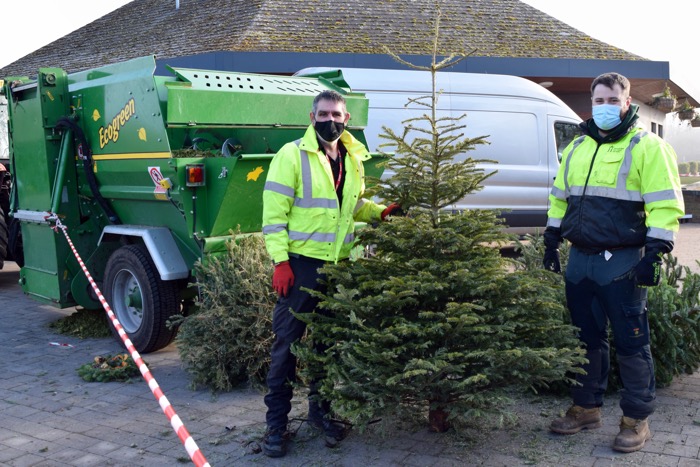 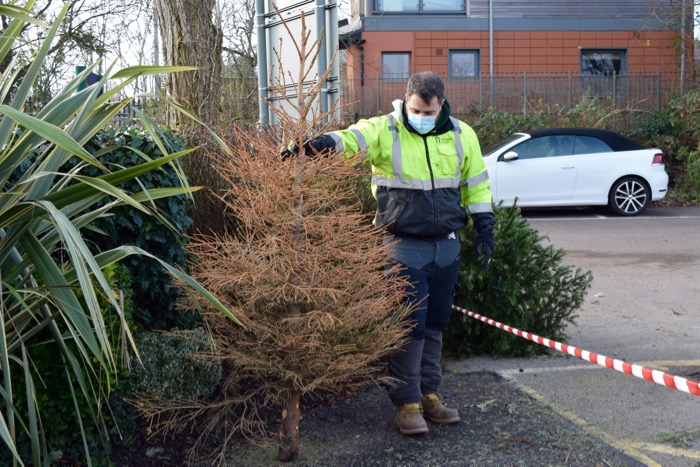 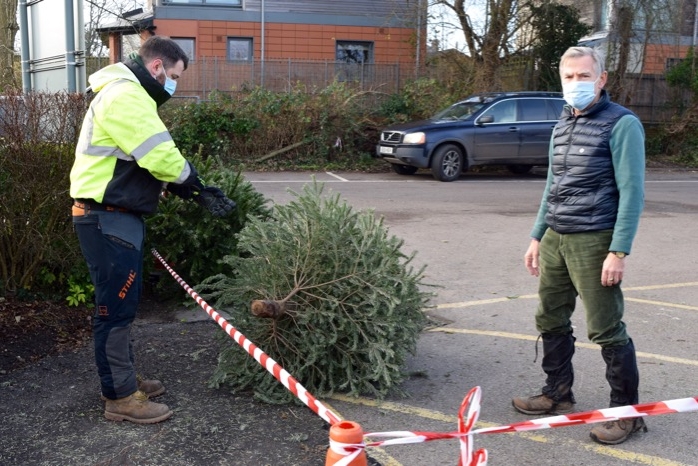 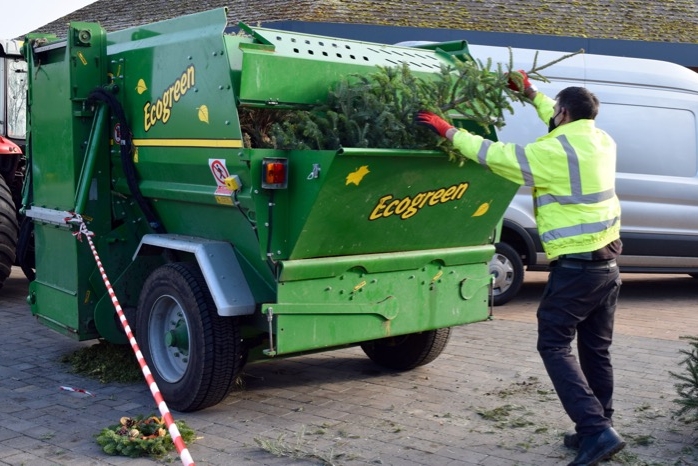 On Saturday morning, Karl Bishop and Councillor David Eggleton heralded the end of the festive season as they fed many a dishevelled and dying Christmas tree through the Council’s shredder at Mill Meadows. The shredded Christmas trees will be repurposed as chipping for muddy paths or around the base of trees, or will go through a composting process.

In addition to the environmental benefit of recycling the Christmas trees, the initiative also helps to raise money for Henley in Bloom, with a £2 donation suggested for those who took their Christmas trees to Mill Meadows, and £5 for the collection service.

This was the fifth year for the Christmas tree shredding event, which continues to see growth in popularity. Though the turnout at Mill Meadows was smaller this year, a vast number of Henley residents opted to have their Christmas trees collected to be shredded, in part due to the coronavirus pandemic. Councillor David Eggleton spent Monday, Tuesday and Friday of last week collecting trees from people’s homes, raising £650 from collections alone.

Karl Bishop said about Saturday’s turnout, “It’s been less because I think Dave has probably cleared up a majority of them already. He’s been really hard at work all week and hasn’t stopped. He’s really gone the extra mile this year.”

David said, “I think the collection service is definitely working. It’s been all over Facebook and social media. A lot of people, like Rotherfield Road, have their own network between their street, so a lot of them have been dumping all the trees in one place and I’ve just been going to collect them. I think that’s the way of the future because it’s easy to pick a tree up when you’ve just bought one, because it’s all wrapped up, but it’s harder to put the tree in your car afterwards. One lady said, I don’t want to be picking needles out of my car for the rest of the year; I’d sooner give you the money, and it’s going to a good cause.”

Paul and Linda were one such generous couple, handing their tree over to be shredded on Saturday morning. Speaking about why they use the service, Paul said, “We’re supporting Henley in Bloom, and it’s a way of getting rid of it from our house!”

Linda added, “It’s a fantastic service. The whole rubbish collection service has been brilliant over Christmas and throughout the whole of COVID. This is all part of it, so thank you so much.”

David Eggleton also expressed his gratitude, stating, “We’d like to thank everybody that has given their extra bit to let us do this and raise money for Henley in Bloom.”

Henley in Bloom are always looking for volunteers, and are particularly interested in hearing from young people. If you would like to get involved contact Becky Walker at B.walker@henleytowncouncil.gov.uk