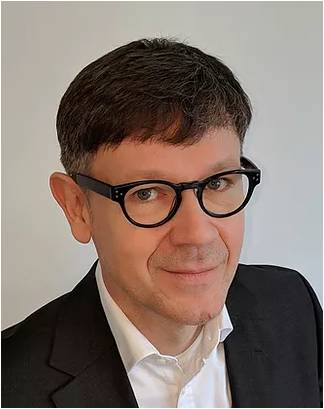 Henley resident, Siggi Huegemann is leading the way to open up Africa for production of clean, renewable, and sustainable Green Hydrogen.

Hydrogen fuel cells will replace diesel engines and generators and will be used in passenger transport and heavy goods transportation. They will play a major part to reduce greenhouse gas emissions by 2030.

Siggi is a project manager in the asset management industry, with over 20 year’s experience in banking technology. But, as he says “from my youth, my passion has been to develop hydrogen economically and recently I focused on African economic development. This led me, voluntarily, to be the UK initiator of the African Hydrogen Partnership (AHP) in 2014, focusing on creating Green Hydrogen, through water electrolysis using renewable energy. I am encouraged by the very positive interest in this project from financial institutions worldwide.”

AHP is the only association representing all African nations promoting development of Green Hydrogen and fuel cell technology in Africa. In late 2020 AHP was incorporated in Mauritius. Producing and exporting Green Hydrogen to Europe is one of AHP’s highest priorities, alongside producing Green Hydrogen for use in Africa to avoid billion dollars imports of fossil-based fuels.

To deliver this, AHP is bringing together Corporate and Investment Banks, Development Banks, Asset Management firms and Senior Officials of selected African nations’ treasury departments to form a financial plan for large Green Hydrogen programmes. AHP estimates simultaneous investment of at least US$ 100 bn is needed to kickstart Green Hydrogen production and shipment facilities in up to six African nations, delivering the target price range of US$ 3.00-3.50 per kg of Green Hydrogen, and competing with diesel prices.

Simultaneously, Siggi has initiated H2Belts to develop the European demand side. He has had discussions with financial institutions, leading industry companies covering the whole value creation chain, a leading Channel port in NW Europe and with major companies specializing in technologies for transporting hydrogen from African ports. Tony Hoskins (Chair of Henley Town Council’s Climate Emergency Working Group) is supporting the development of H2Belts and the AHP, after an introduction by Ken Arlett, Henley’s Mayor.

It is envisaged that AHP and H2Belts will be fully active from 2026 on.

The Henley Herald website provides an up-to-date and unbiased digital news service for
Henley-on-Thames
Rotary Talk – Can the High Street Protect the Planet?

Neighbours to Proposed Premier Inn Give Their Objections
Scroll to top