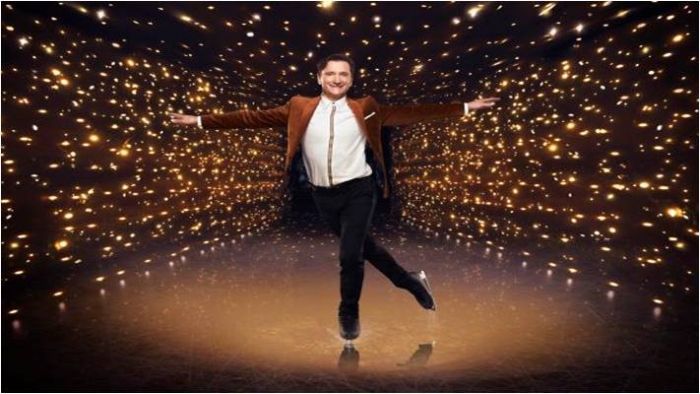 Olympic skier and Henley resident Graham Bell will be performing on ITV’s Dancing on Ice this Sunday with new partner Karina Mantra after his original partner Yebin Mok was hurt in training last week.

Graham was due to dance in the first episode of the new series but a week last Monday, Graham fell and Yebin landed on Graham’s skates causing a deep cut to her shin which needed an operation to clean and stitch up the wound.

Graham said, “Training had been going really well before Yebin’s accident.  We were ready to go for week 1, and could have pretty much performed it there and then.  The crazy thing is that we had not had many falls, in the whole of the three months of training I think we fell as a couple less than 5 times.”  When being interviewed by Phillip Schofield on the show last week, Graham said, “I feel so guilty I’m used to being injured myself but not hurting other people.”  Yebin said, “It’s a lot better and healing really well.”  She hopes to return to skate with Graham later in the series.

Training started in October for Graham at Slough Ice Rink.  He’d skated as a kid and done a bit of speed skating.  Talking about the training Graham comments, “The hardest thing for me is finding the right posture and elegance to my upper body.  I’m so used to crouching low and tucking it out.”

Graham did however have the chance to show off his new skating skills in the group performance, in the opening show last Sunday, to Dolly Parton’s 9 to 5 which saw him perform solo.  He said, “The group performance was a great way to get on the ice without the pressure of competing, I was pretty happy with my individual performance, I always look back with a critical eye, in order to improve next time, but overall I was happy I stuck the spin without falling over!”

This Sunday Graham will be dancing to the theme from Ski Sunday!  Graham said, “It’s a tune that I know very well, you could say it is the sound track to my life.  I first watched the show when I was a 12 year old junior ski racer in Scotland, all of my World Cup racing was covered by the show from 1983-1998, and I started working on the show as a presenter in 2000.”

Karina will be Graham’s partner whilst Yebin recovers probably for the first two or three routines and has been learning the routines.  Graham explains, “Our Ski Sunday routine was set already and Karina picked it up amazingly fast.  Within two hours we had done an initial run through.  Our skate-off routine was also set, but we have had to make a couple of changes to it, I just hope we do not have to use it, so please download the app and vote for us on Sunday.  Karina and I have started to work on our week 3 routine, and there are a couple of spectacular moves that she wants me to learn, if we can pull them off it would be awesome.”

Dancing on Ice is on Sundays on ITV from 6pm.  Download the app Android or Apple to vote for Graham.