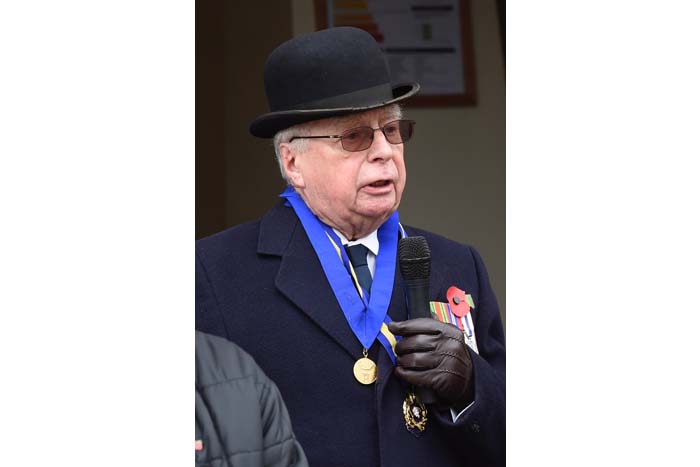 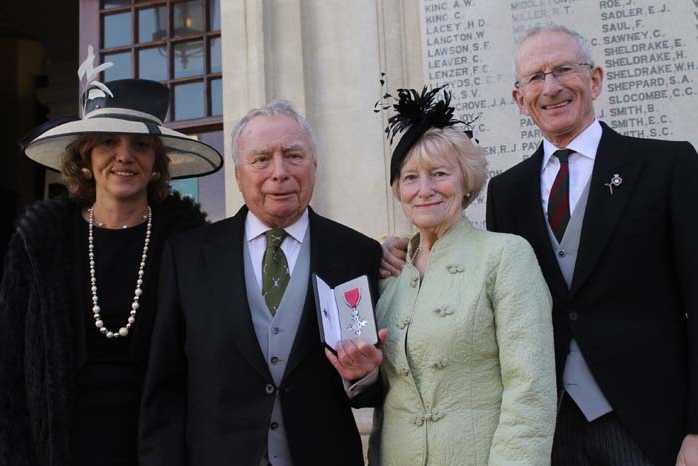 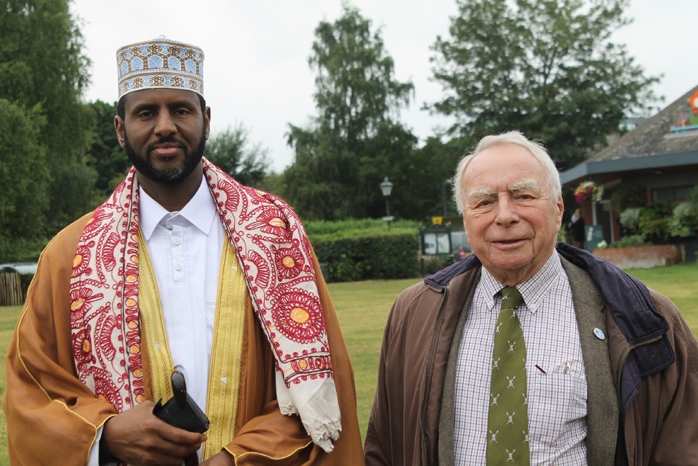 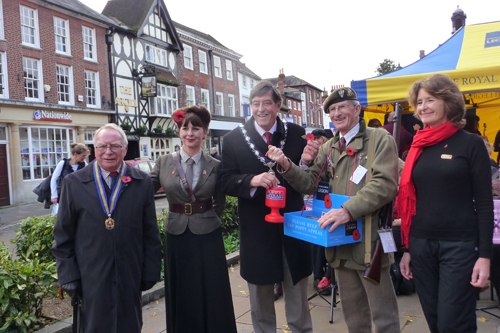 One of Henley’s most well-known, highly respected and decorated servicemen, Brigadier Malcolm Page MBE, has sadly passed away at Chiltern Court Care Centre.

Brigadier Malcolm will be known to many who have attended the annual Remembrance Service in town.  He was always recognisable in his bowler hat, and known for reciting the For the Fallen poem by Laurence Binyon for many years, until a couple of years ago when his health started to deteriorate.

Brigadier Malcom was awarded the Henley Town Medal in 2011 for his service to the community which included his dedication and fundraising for the local branch of the Royal British Legion and the the founding of the Henley-Borama Friendship Association in 1982.  In March 2017 Brigadier Malcolm was presented with an MBE for Diplomatic Services and Overseas Personnel by HRH Prince William at Buckingham Palace. This was recognition for him raising funds for The Kings African Rifles (KAR) and East African Forces Association and publishing a definitive history of the KAR in 1998.

Malcolm was born in Gloucester on 12 May 1926 to Robert and Winifred Page and had a younger sister Yvonne (Meachen).  His father Robert served in the Great War in the London Scottish Regiment.  He moved to Henley in the early 1980s.

His military career started in the 1940s, when he was posted to India and attached the 9th Gurkas.  He was then commissioned into the Gordon Highlanders serving in Greece and Ethiopia. At the end of the war he was posted to the British Protectorate of British Somaliland where he served as a junior officer with the Somaliland Scouts. From this grew a lifetime commitment helping Somali veterans who had fought for the British Crown. He also led fundraising campaigns to help improve schools, hospitals, and roads within Somalia (£75,000 in ten years). It was this that led him to found the Henley-Borama Friendship Association in 1982.  Over the last few years, Brigadier Malcolm has organised the annual event Borama Comes to Henley when a colourful contingent from the Anglo-Somali community gather on Mill Meadows with their joyful demonstrations of traditional Somali singing and dancing.

During a military career spanning over 30 years he attained the rank of Brigadier with the RAOC (Royal Army Ordnance Corps) and as Commander in Chief of the Bicester Garrison was presented to HM The Queen. A proud moment.

In retirement Brigadier Malcolm devoted himself wholeheartedly to The Royal British Legion. As a member of the Henley branch for over 25 years he was an energetic and highly effective leader. First as a committee member then progressively Chairman, President and finally Patron. One of his innovations was to provide sherry for the monthly committee meetings attendance to which improved immeasurably!

John Green, good friend and President of the RBL Henley & Peppard Branch said, “As Malcolm’s physical health started to fail, he moved to permanent residence at The Chiltern Court Care Centre in Henley. Nevertheless, he continued to plan presentations and talks which sadly he was not able to give. I was in almost daily contact either by phone or visits prior to lockdown. He never lost his positive attitude and always asked about the wellbeing of his many friends and showed interest in world and local affairs. He thought it important to support local businesses. Buying locally produced Hobbs gin was his contribution to the cause!  He will be sadly missed and never forgotten. RIP.”

Our Editor Michaela Clarke, said, “I knew of Malcolm before I started the Herald in 2013. As Leader of 1st Henley Brownies and attending the Remembrance Service, his recital was always one of poignant parts of the service.  On starting the Herald, I was introduced to him and he quickly became a big supporter and gave me lots of encouraging words.  We became friends and I was delighted to invited to share a glass of fizz after he returned from being awarded his MBE at Buckingham Palace.  I hope his legacy of the Borama Friendship Association will continue for future generations.  He was a true Henley legend and one that will be sorely missed.”

Brigadier Malcolm’s funeral will be at the Reading Crematorium (Chapel 2) at 2.30pm on Thursday 28 January 2021. Due to COVID-19 restrictions attendance is restricted to 20.

For those unable to attend the service it will be live streamed and can be watched via this link https://malcolmpage.muchloved.com/ and donations can be made here too to the Royal British Legion.