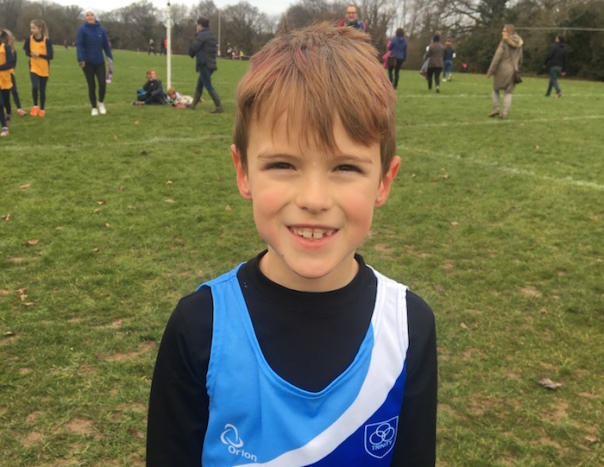 8 year old Henry McLean is on a mission to run 50 miles this month to raise money for Nomad. Only 10 days into the challenge, the Year 4 student from Trinity Primary School has conquered 23.7 miles and has raised an impressive £580 through his online fundraiser.

Henry’s 50 mile quest is part of Trinity School’s ‘Mayor of Henley Award’. The new initiative, modelled on the Duke of Edinburgh’s Award but adapted for younger children, is made up of four different sections. The 50 mile fundraising run is Henry’s contribution to the faith/community category.

Each day, Henry has been running two to three miles, with mum, Sarah and dad, Julian, taking it in turns to run with him. Julian explains that they usually run in the afternoons, as “Henry’s not normally a morning person; he’s wrapped up in his blanket on the sofa hiding from the world.” 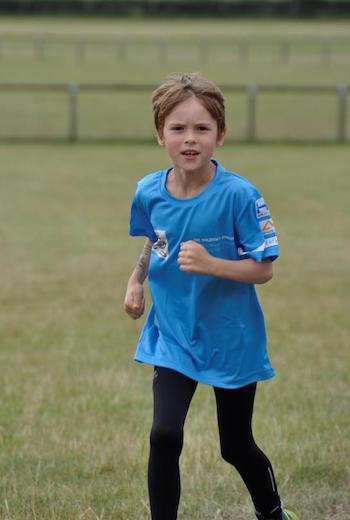 Henry has been running for about three years, and takes part in cross country competitions. As his races have all been cancelled in the past year due to the coronavirus pandemic, Sarah thinks that this is a great way for Henry to keep up his running. She states, “It’s a nice way to get out, have fresh air and a change of scene, especially right now when he’s not going to school and getting the fresh air of running around the playground. He’s got plenty of energy for a two mile run!”

Henry has been enjoying the challenge so far, although it isn’t always easy to lace up his trainers and get out the door. “Sometimes it’s difficult and sometimes it’s not,” he says. “On one run, my shoulder was really hurting.”

Undeterred by discomfort or bad weather, Henry has been pounding the pavements, and is smashing both his mileage and fundraising targets. As well as exceeding his daily average distance aim, Henry has had to increase his fundraising goal twice after surpassing his first £100 target, and then his increased £500 target. Now, Henry is hoping to raise a massive £1,000 for Nomad Youth and Community Project. Reflecting on his achievement so far, Henry says he feels surprised to have already made so much for the charity. He says, “I told my class yesterday [Friday] on a Zoom call. They said, that’s amazing.”

When choosing a charity to run for, the most important thing to Henry was that they were local, so mum, Sarah suggested Nomad. She explains, “We thought it would be nice to do something for local people who were finding things a bit challenging, even more than normal.”

Henry’s donation comes at a time when Nomad’s services are more in demand than ever. In 2020, the charity delivered 1300 food parcels, compared to 419 in 2019. The money raised will go to support the ongoing work of Nomad here in Henley including the Food Bank and Family support services. Tim Prior, Youth & Family Team Manager for Nomad, says, “The Nomad Team are all super impressed with Henry and his amazing running. We are really pleased that he has chosen to support Nomad. He has managed to raise such an incredible amount in such a short space of time. Thank you to all who have donated and well-done Henry!”

Henry still has 18 days left of running to complete, and is £420 off his target. To support both Henry and NOMAD, visit Henry’s fundraising page or follow his tracker.

The Henley Herald website provides an up-to-date and unbiased digital news service for
Henley-on-Thames
Your Photos – Pot of Gold in Henley?

Henley Car Club to Launch in Spring
Scroll to top