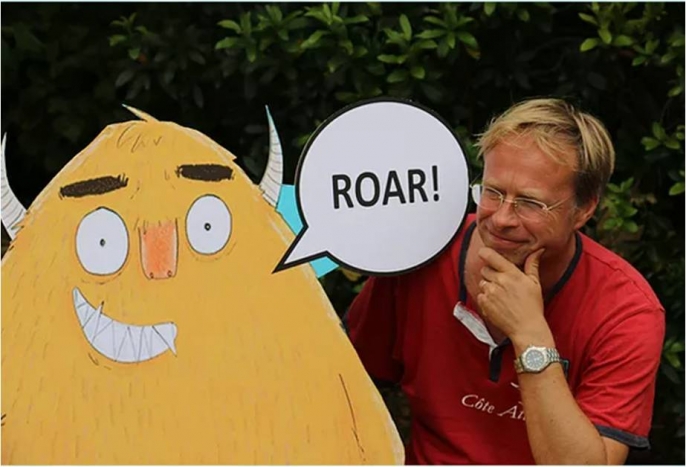 Local author, Robin Bennett today publishes his first in a series of children’s books about Monster Max.  The stories are about Max, a 9 year old boy who turns into a monster by burping and back into himself by sneezing.

Robin has written and published a number of children’s books under his own publishing house, Monster Books from early board books to teenage and young adult spooky thrillers.

Monster Max and the Bobble Hat of Forgetting published by Firefly is full of clever illustrations, a delightfully funny storyline and aimed at readers 5-8 years.  In the first book Max decides to be more responsible and ‘protect and do good stuff’, starting with catching a local vandal. But his nemesis, Peregrine, is convinced Max is the vandal, and invents his POOP (Portable Operating Omni Prison) machine to trap him. If Peregrine can prove the truth, Max and his mother could be put in a zoo … or worse. Max will have to use his wits as well as his strength to catch the real culprit, before Peregrine can catch him…

At the age of 21 Robin was all set to become a cavalry officer.  Aged 21 and a half, he found himself working as an assistant gravedigger in south London wondering where it all went wrong. Robin has gone on to start and run over a dozen successful businesses from dog-sitting to cigars, tuition to translation.  Robin is married with three young children.

Talking about the inspiration of Monster Max, Robin explains, “Monster Max started with just one hook: what if you could turn yourself into a monster just by burping (but turn back into a small grubby boy by simply sneezing). This appealed to me because it meant my central character (Max) had the sort power and control that you can only dream of aged 9. And the ability to bend statues or eat dustbins whole.  It’s obviously got a lot of comic potential, too – because we all sometimes burp or sneeze by mistake and this was going to leave Max, quite frequently, with a lot of explaining to do.”

Robin told us he modelled the overall feel on books like Paddington, where almost everything is comforting and normal – and nice – except for the one huge anomaly that everyone politely ignores because they’re British. Robin comments, “So, in Paddington people are far more put out by his table manners than the fact he’s a talking bear, in Monster Max his parents tend to take his super power with a pinch of salt and spend more time nudging him to use his brains, be nice to his friends and brush his teeth. It’s this gentle, understated way of life and the well-being of his parents – his mother in particular – that Max realises he has to use his monster powers to safeguard. And that was the clincher for me … because, at the end of the day, lots small boys want to save their mums. Hence his reformed monster motto To Protect and Do Good Stuff.”

Robin hopes that Monster Max and the first book, the Bobble Hat of Forgetting will be enjoyed by many. Robin added, “It’s a happy book, I hope and positive, which is always welcome – especially now. And I also hope there will be many more, each with their hurdles to overcome for Max and his friends … and jokes … lots more jokes.”

Monster Max and the Bobble Hat of Forgetting is available to buy from The Bell Book shop on Bell Street priced £5.99.  #support local 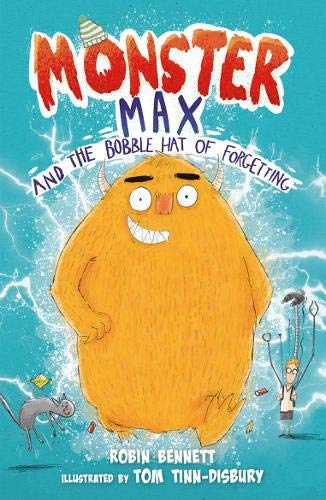