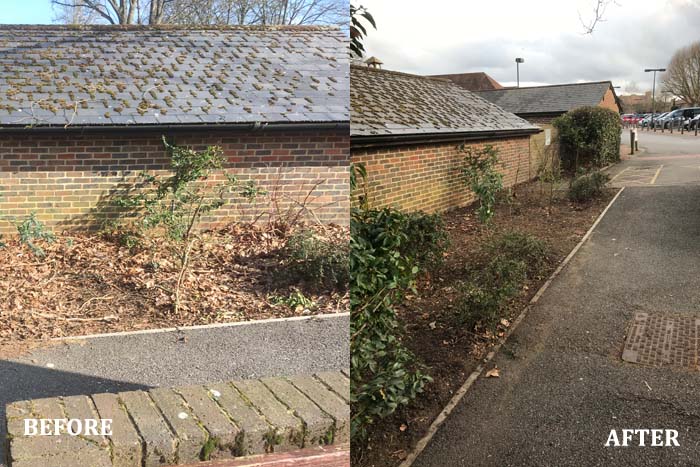 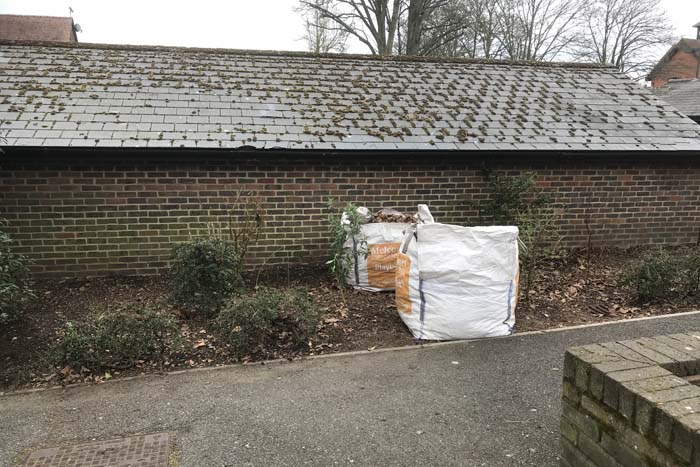 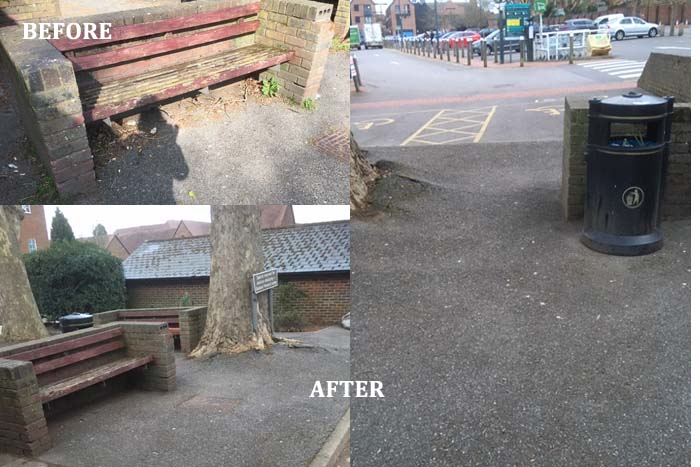 Although an army of Henley Wombles have recently been recruited to keep our town clean throughout the year, there are already quite a few established undercover Wombles who already keep various areas neat and tidy, such as Harpsden residents who have created their own Litter Pickers group over the last year and well established Friends of Freeman’s Meadow and Northfield End and Bell Street Residents Groups who have been improving their respective patches over the last few years, including the horrid scruffy area around the library and what a difference they make!

The undercover Wombles who would like to remain anonymous have said that because the library area is owned by SODC and the building is Oxfordshire County Council no one looks after it officially.  One of the undercover Wombles said, “We’ve been trying to improve this area since 2015.  It seems to fall between all the stools where budget is concerned, no one authority commits to looking after it officially, it doesn’t seem to be on anyone’s radar, so it’s quicker and easier just to get on with the job, the endless questions and waiting for non action is more exhausting.  So we rise above it and crack on and do what we can to make it look better for everyone who walks through that area on a daily basis to Waitrose or the car park or visits the library.”

This year’s clean up and pruning of shrubs filled up 5 builders bags which Henley Town Council (HTC) Parks Services kindly loaned the volunteers and picked up to dispose of after the job was finished. As well as cleaning and tidying the flower beds, one year the volunteers even washed the library windows as they were so dirty.  The undercover Womble added, “I don’t think the library windows are ever cleaned – but if they did the glass would probably drop out as the window frames are so rotten, even the building isn’t maintained to a decent standard. It’s a disgrace really and the benches are rotten; Ken Arlett our Mayor thankfully organised a coat of paint a couple of years ago, but the wooden slat seating really needs replacing with new. If only someone like Dave Eggleton were employed in a paid role as our Town Maintenance Manager! We could get all these jobs done for ourselves so quickly. Come on HTC, how about finding a budget for a role like that? We can’t keep papering over the cracks with pretty hanging baskets whilst things get ignored and fall apart.”

“Having said all that, great improvements have being made in so many areas around town over the last few years, with fabulous support from the various HTC committees and particularly from our enthusiastic and energetic Parks Services team. They’re a great team, always supportive of our resident led initiatives and we’re happy to help each other out. I’d encourage anyone to ‘have a go’, even if they just looked at the front of their house to the kerb and see if any small improvements like weeding or litter picking can be made on a regular basis. It doesn’t need to take up a lot of time. And if every shop, business, pub/restaurant committed to doing the same?…well, Henley would be looking a lot smarter in no time at all.” 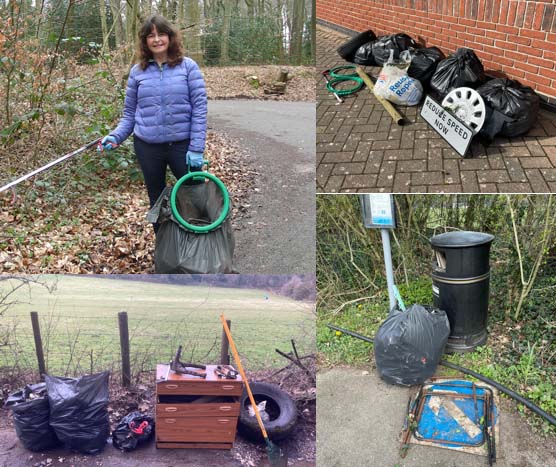 One of our readers, Ian Giuliani told us about Harpsden Litter Picker, Cathy Burke (photo above) who he bumped into in Woodlands Road.  Ian said, “I think this is civic duty dedication which went off the scale.  When we met her she had filled one bag and was on her second, containing a collection including two vodka bottles, fifteen plastic bottles and many dog dung bags.”

Cathy said, “I started litter picking in the first lockdown last March.   I went out for walk every day and I thought it is such a shame that the lovely place we live in and the surrounding woodlands we have access to it’s such shame we have so much rubbish.  I was going out for walk anyway and invested in a bin bag hoop and picker so that I didn’t have touch anything.  I tried out couple of pickers before I found a very successful one.”

Cathy meets many people on her litter picking walks who stop to talk to her.  She comments, “I think it’s important to speak to people, even though we are in this strange world.  I tell them what I’m doing and they pay an interest.  They often saying well done or you are doing good work.  They sometimes tell me about an experience of doing something very similar.”

A campaign about litter picking on a website that Cathy ordered some seeds from inspired her to join the Harpsden Litter Pickers.  The like-minded community group of  11 was started by Isabelle Brough and became a side group of the Harpsden WhatsApp Residents Covid Group.  Cathy comments, “We’ve never met but it’s a great social interaction and encouraging group and inspires you to carry on doing it.  I always mention the group when I talk to people and say they can join.”

The group have cleaned out Harpsden pond where they found a chest of drawers and tyres and contacted the Council and to come and get it the waste.  The ducks have been seen enjoying the pond much more this year because it is cleaner.  Some of the group do specific areas in Harpsden but Cathy likes to go litter picking wherever she goes for a walk whether that’s in the woods or in Henley town.

With more people going outside now the ‘stay at home’ direction has finished and people are allowed to meet 6 friends outside, there will be more litter.  Cathy adds, “Litter picking is like painting the Forth Bridge, it’s bad again a week or so after clearing an area. What really annoys me is people dropping litter right next to a bin. I think we do need more bins including dog poo ones.   I’d like to thank my kindly neighbours in Woodland Road who allow me to put my heavy bags in their rubbish bins.  I often collect large whisky and wine bottles and my bag gets very heavy and I can’t carry all the way home so I ring on peoples’ doors and ask if they wouldn’t mind me putting a bag of litter that I’ve collected in their bin.”  I’m really pleased that they have all said yes –  there is a real community spirit.”

It’s not just the blight on the landscape for Cathy it is also saving the planet and the eco-system for her children.  Cathy comments, “I read a document about how long things take to decompose for example a cigarette butt takes 25 years. I want to do this for my children.  I’ve even dug up things  which is quite satisfying.  I think my children do understand the impact I’m making and I hope it will see them become good citizens themselves.”

So is there a grot spot near your home that you can adopt and take pride and improve it’s appearance.  We’ve noticed a particular bad area on the corner of Noble Road.  Will you be the new undercover Wombles?

Masters Regatta Plans to Go Ahead
Scroll to top