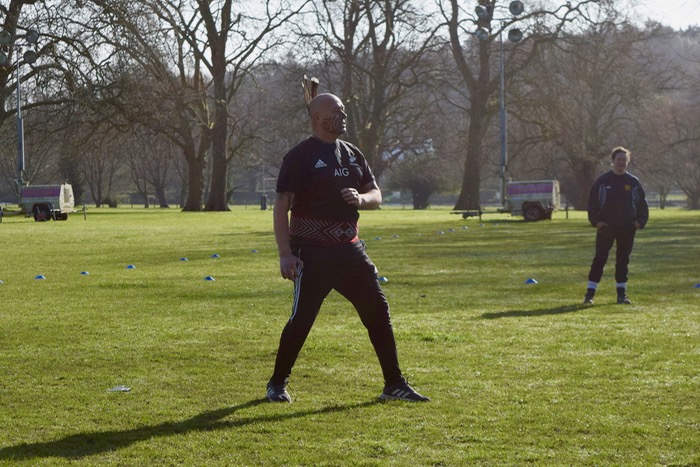 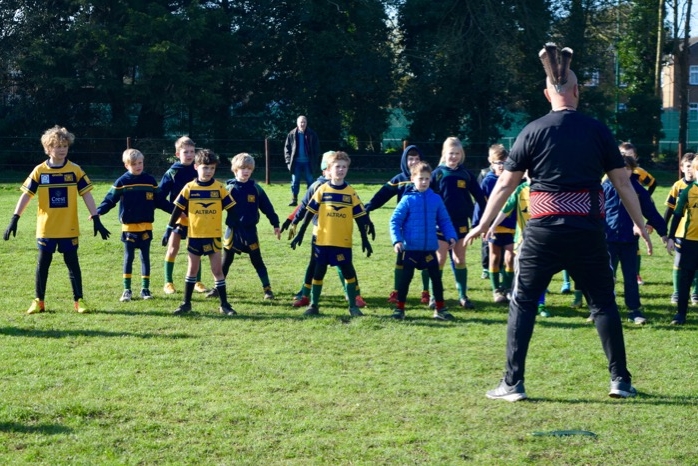 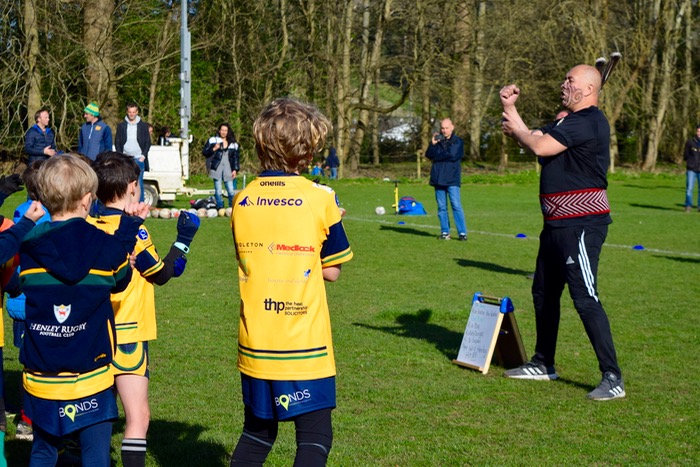 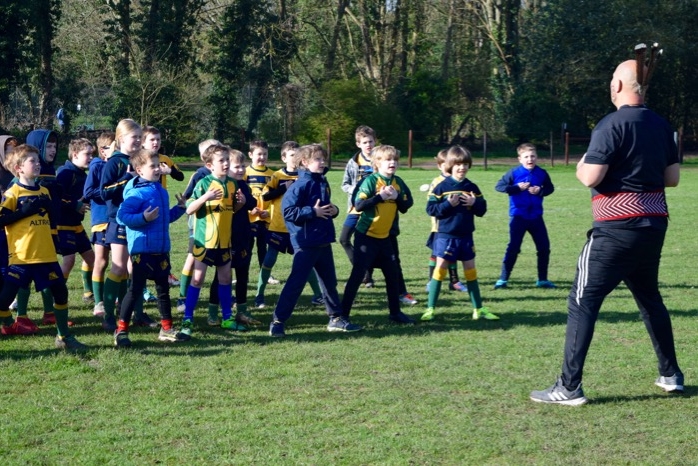 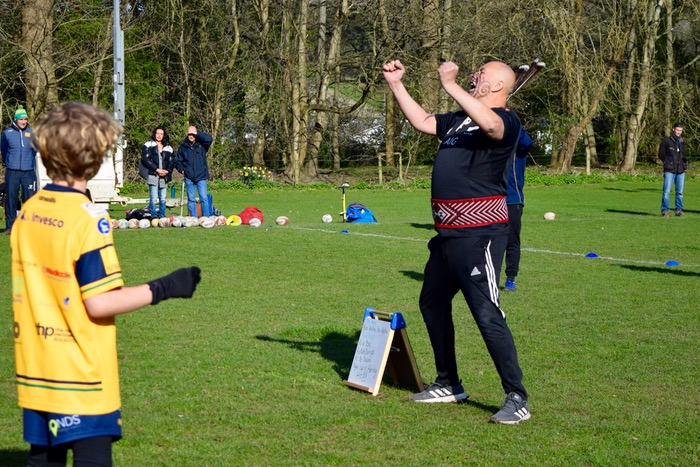 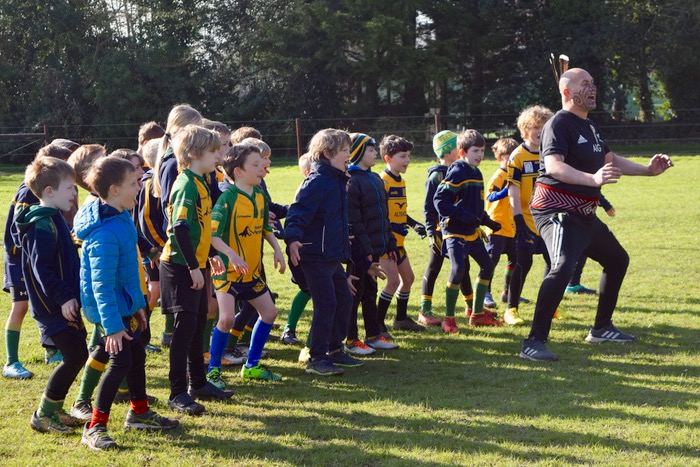 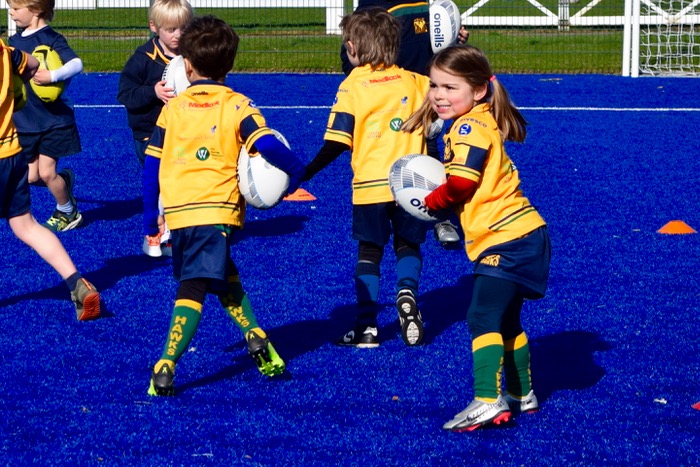 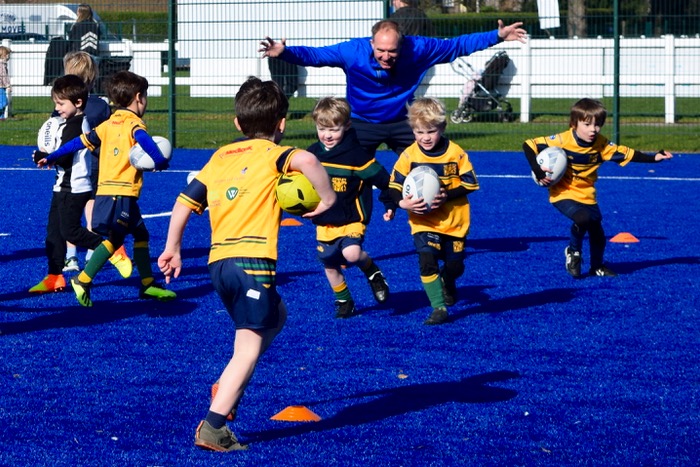 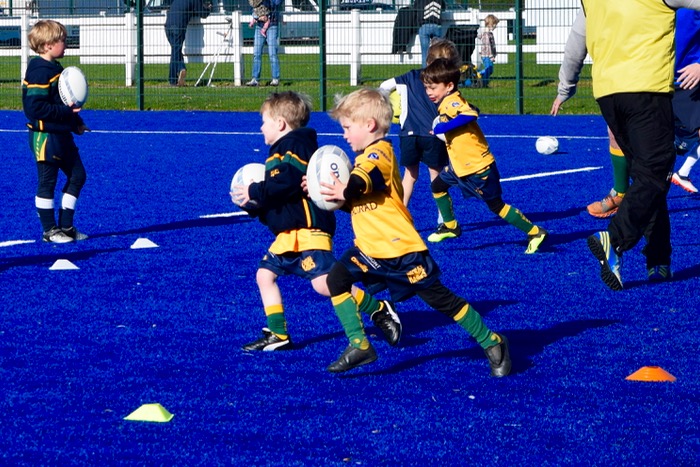 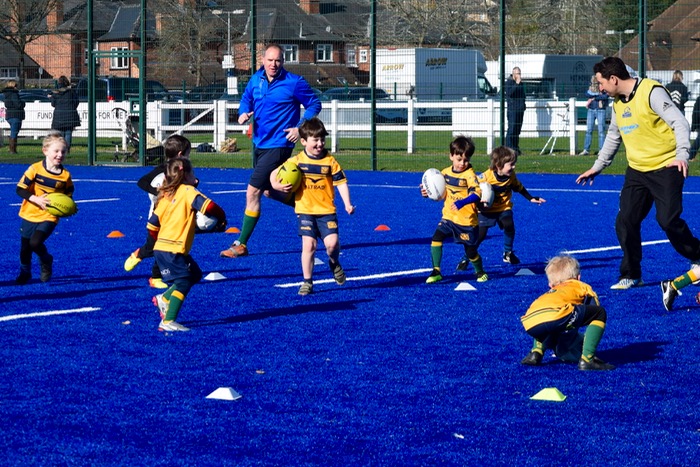 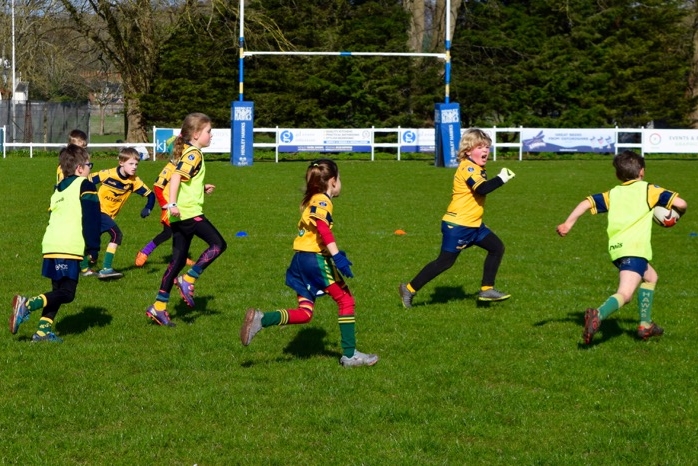 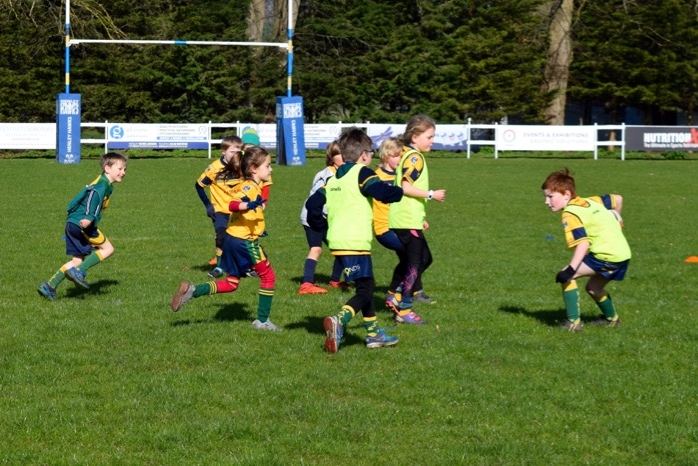 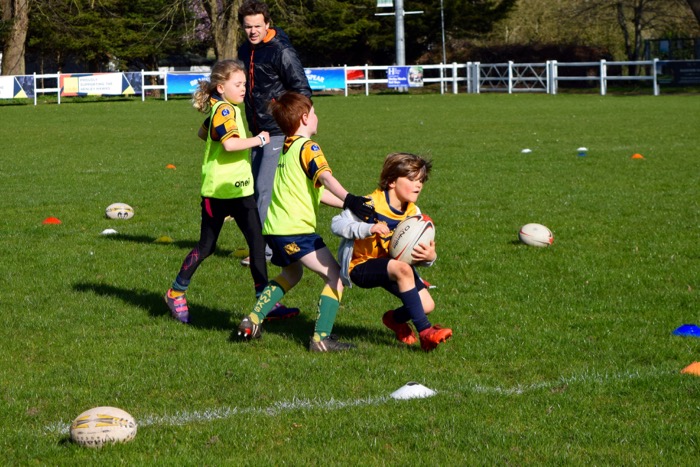 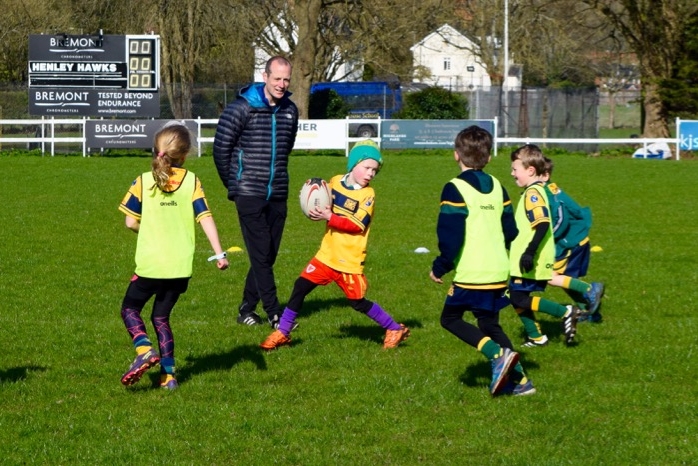 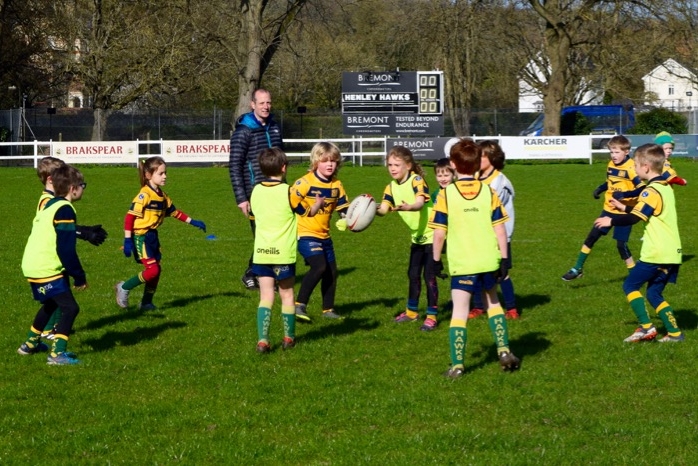 The Henley Hawks Kids First and Juniors teams made their long awaited return to the pitch on Easter Sunday after three months of virtual training. Children aged 6 and up were welcomed back to the Henley RFC grounds for a morning of rugby fun with their friends, cheered on by socially distanced parents on the sidelines.

The Easter Sunday sessions followed the further easing of lockdown restrictions, allowing organised outdoor sport for both children and adults to commence. To minimise the risk of COVID-19, the coaches at Henley RFC staggered the start times for different age groups, ensuring that there would be fewer people on the grounds at any one time.

Under 6’s, 7’s, and 8’s were up first at 9am, each group in for an energetic session to celebrate their return. The U8’s were joined by special guest Bruce Simpson, who taught them a Henley haka to kick off their training. Bruce — of the Māori Toa Rangatira and Raukawa iwi (tribes) of New Zealand — runs team building haka workshops for businesses and sports teams around the world.

Bruce and his family moved to Henley in August 2019, and quickly got involved with the Henley Hawks. He said, “I wanted to feel like part of the community and feel like I’m doing something. I also think it’s a teaching opportunity for the town. We really love it here and there’s not much I can give to them apart from explain about Māori things.”

Bruce had already hosted a Zoom haka class for the Henley Hawks Kids First & Juniors during lockdown, where he told the story of Ka Mate (the haka performed by the All Blacks). For Sunday’s training, Bruce wrote a simple haka for the children about coming together, finding their inner warrior and lifting the people of Henley. Bruce said, “It’s a good opportunity to teach people about why we do things and what haka is all about. It’s not just a war dance, it’s primarily about unity and a group of people with one common thought putting their point across to the people in front of them.”

U8’s coach, Alex Partridge, said of Bruce’s haka class, “I think it’s great to have someone like Bruce as part of the community, giving the kids an insight into the strength of a different culture which has so many positive messages for kids at this time. It’s all about holding people up, and being strong, and empowerment for both men and women. It was absolutely brilliant, and it’s exactly what the kids need.”

Reflecting on the return to in person training, Alex said, “This is what is so important. For one, the kids are just delighted to see each other and that makes you happy, but learning new skills and how to play together, that’s what creates the fabric of community and that’s what I love, just seeing them so happy and together.”

Throughout the January-March lockdown, Henley Hawks Kids First and Juniors were taking part in online training sessions with James Waite. Every Sunday morning at 10am, James ran ‘Rugby Fit’ to keep the player’s fitness and skills up. Easter Sunday was originally supposed to be the final day of rugby for the children, but their season has been extended to maximise their in person training time. Depending on volunteer coach availability, the season may also be extended further into June.

Coach Rick Oakley said, “We’ve committed to extend the season to the end of May just to make sure that people get value out of their membership. We’ve done a lot of online stuff but it’s not the same. So we’re extending to make sure that everyone gets value back and the kids get some enjoyment out of it.”