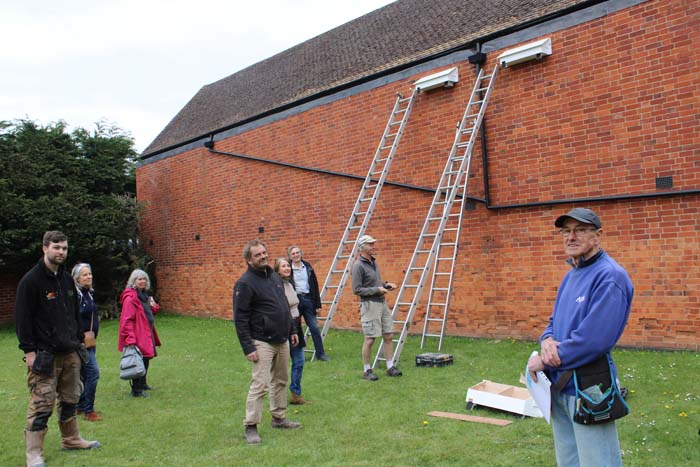 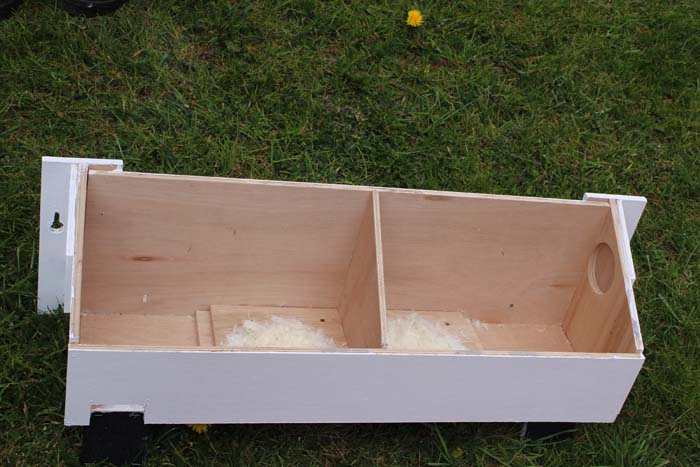 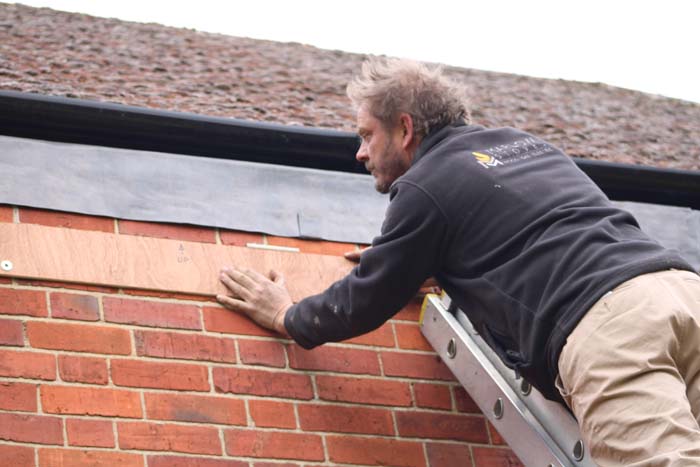 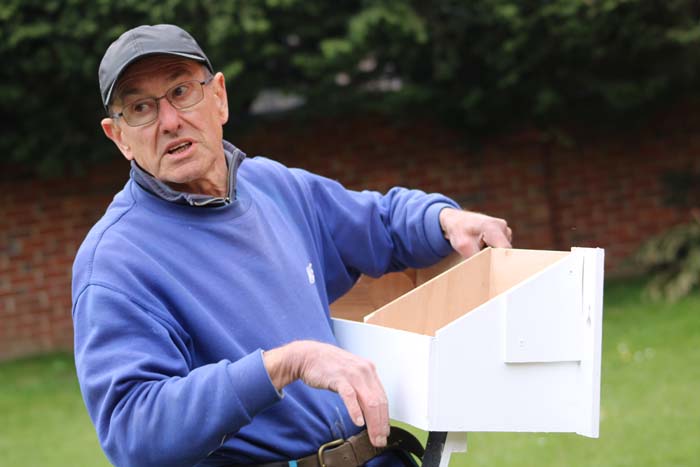 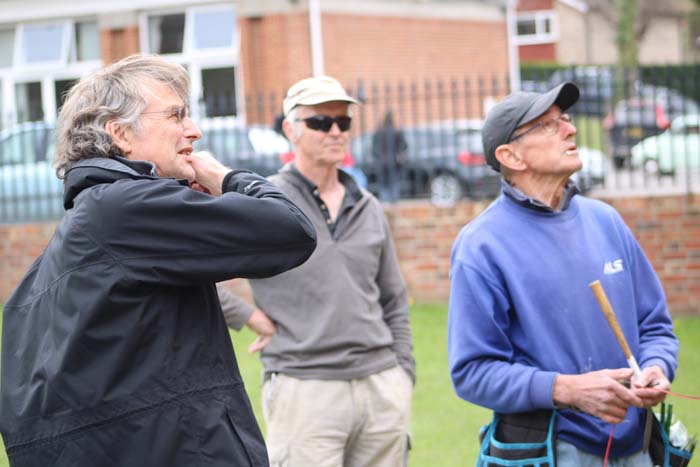 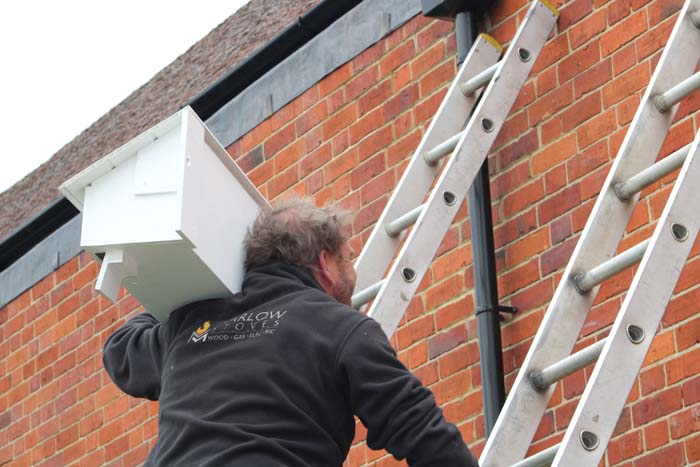 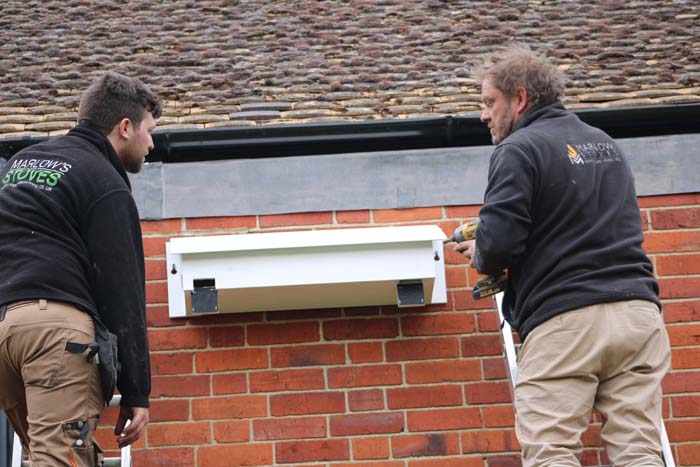 The newly formed Henley Swifts Support Group (HSSG), a sub group of Greener Henley has this week put up the first of their 10 swift nesting boxes on the back of Trinity Hall in Harpsden Road.

The group formed after a Zoom Greener Henley talk by Jan Stannard from the Maidenhead, Marlow and Cookham Swift Group in November last year and the members decided to fund the purchase of some nesting boxes from Bisham Nest Box Company and to try and find some volunteers who had high ladders to help install them.

Swifts are fascinating birds who arrive here from the end of April to early May after flying thousands of miles.  Because they have to fly non-stop, their wings are very long which means they cannot take off from a standing start.  So the swift’s nest box has to be placed at least 5 metres above ground with no possible obstructions below, so they can swoop in and out easily.  They have been seen in Henley nesting in the eaves of The Angel on the Bridge pub and on the former Regatta office in Friday Street.  The boxes are wired with a calling unit (known as screaming) to attract the birds to the boxes. Usually swifts will return to the same site year on year, so once they have marked the new box the calling system is not needed.

Diana Barnett from the HSSG said, “I’m extremely excited.  The group only had its first meeting in January and we decided then to try and get 6 sites.  It’s not been that easy to find the right places, talk to the right people and to find volunteers to help us install them.  The first year they will probably come and inspect the box and by banging it with their wings to check if anyone is in there and then they will remember it for next year.  We’re very grateful to Henry and Galveston from Marlow Stoves for volunteering and helping today.  We’re also pleased that Richard Zaks has offered to build some next boxes for us too.”

Henry Folley, owner of Marlow Stoves said, “My wife, Lucie saw the Greener Henley Instagram post asking for volunteers with ladders.  Our stoves are all eco-designed which is very important to us and we liked to get involved in environmental and community initiatives.  We were very keen to get involved as so many of our song birds are declining and they are such stunning birds.”

Bob Keene from The Bisham Nest Box Group showed the volunteers a demonstration box, provided a template for the drill holes for the boxes and showed the group how to install the boxes.  He said, “I think it’s a particularly good location with a nice open space.  The critical thing is for the box to be high enough for the birds going in and out of it and to have no obstructions in front of it.  The aspect is not ideal as it is south facing and might get a bit warm but the boxes being white will reflect the heat.”

Diana added, “In Henley we know a few places where swifts nest every year but we are asking people to keep an eye on the skies this year to let us know when they spot the first swift arrive.  Also we would love to be able to record where they nest and how many there are in the town, approximately.  Depending on the swift sightings (and pandemic rules) we are hoping to do some summer evening swift walks.  Would really appreciate it if Henley residents would get in touch with us through swiftshenley@gmail.com.  Anyone interested in joining the Support Group would be very welcome.