Olympic medallist and the first Boat Race woman umpire, Sarah Winckless, recorded the above video to raise awareness of Huntington’s Disease and to thank Henley Mermaids for choosing Huntington’s Disease Youth Organisation as one of four brain conditions charities they have chosen to fundraise for, for their Bristol Channel swim on 22 July.

Sarah learnt that she had the Huntington’s gene, passed on from her mother, whilst she was at studying Natural Sciences at Cambridge University.  Sarah said, “I think I was really lucky to have some great people around me at the time.  I was studying the brain on my course.  I was really fascinated and wanted to know more about the result of my genetics.”  Sarah recalled a moment she was doubting herself whilst on an ergo rowing machine.  She said, “Oh my God, there’s no point, I’ve got Huntington’s and it was really real to me in that moment.”  Ian Dryden her coach replied “‘Not today you don’t, get back on there.”  Sarah commented, “That is just the best thing he could have done for me.”

Before her Mum was diagnosed, Sarah talks about how they didn’t know what was wrong with her and how it was a difficult time for her.  She said, “If she couldn’t do something, she found another way and I think that has helped me.”

Meeting the Henley Mermaids after a cold river swim last week, Sarah described the Mermaids Bristol Channel swim as “the physical thing is inspirational”.  The five open-water swimmers, Laura Reineke, Joan Fennelly, Jo Robb, Fiona Print and Susan Barry hope to be the first women’s relay team to swim the Bristol Channel in the longest route from Ilfracombe in Devon to Swansea in Wales (40km/25 miles).  Last year the Henley Mermaids swam the English Channel in 17 hours 43 minutes and raised £35K for Henley Music School.  Sarah added, “To raise money for Huntington’s and other charities is really important and it really will make a difference to families and people like me.”

This month is Huntington’s Awareness Month.  Symptoms of Huntington’s disease usually develop between ages 30 and 50.  Sarah talks in the video about how important the Huntington’s community is to have the opportunity to talk to others about their experiences and how the internet has helped develop this since her Mum was diagnosed. There has been some massively hopeful research projects recently into the disease which would help people like Sarah.  Sarah explained, “Unfortunately in the last 4-6 weeks they have failed.  As a community we feel a bit rocked about this and the researchers are deflated.  It’s not the end though, it’s just another roundabout/crossroads and there will be learning from this.  They do describe it as the most curable, non-curable disease. I do believe that is the case.  They know what causes it, the genetics, we know what happens in the brain.  We just need those brilliant scientists to fix it.”

Training for the swim has been difficult with the river temperatures and flow being unusually cold and with all the rain the river is running very fast.  The Mermaids have also only managed to starting training in the sea.  After the the first sea training session in Dover at the end of April Laura commented, “We hadn’t expected such a fierce, cold easterly wind blowing directly onto the beach! The waves were huge and unpredictable, very unpleasant, but it was definitely a reminder of the salt-tongue and chafing that we experienced last year in the Channel! We managed about 40 minutes in total, but Joan did the double for Ireland and went in twice!”

The Mermaids are delighted to have local tech firm, Henley Information Systems – which provides IT support to the construction industry as their main sponsor for the Bristol Channel swim.

As well as providing the Mermaids’ chosen charities with a cash donation, Henley Information Systems will be supplying essential training kit and applying its tech-skills to help promote this extraordinary swim to audiences all over the world.

Neil Duguid, Henley Information Systems Chairman, is thrilled by the connection, “The Henley Mermaids are an absolute inspiration and we are delighted to be supporting their attempt to cross the Bristol Channel from Ilfracombe in Devon to Swansea in South Wales by swim relay this summer. This crossing has previously been swum by just 4 individuals and one relay and the Henley Mermaids will be the first all-female team to swim this route. The Mermaids encapsulate the bold and enterprising approach we bring to our own business and we are delighted to support this dynamic group of local women in their incredible challenge.”

If you would like to support the Henley Mermaids, donate at https://www.idonate.ie/fundraiser/11397529_henley-mermaids-team-page.html 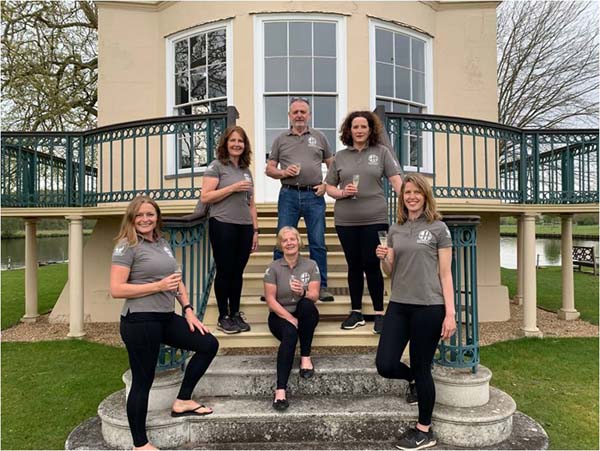