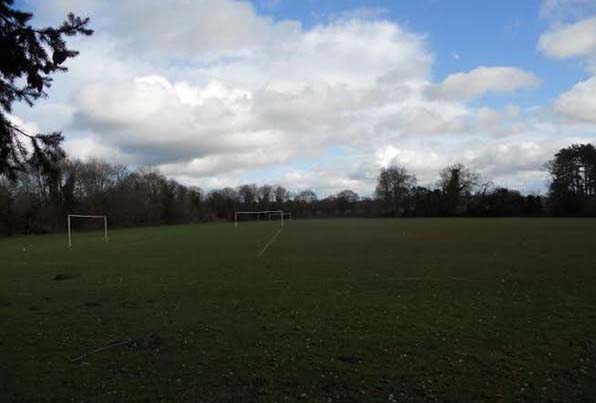 We, the committee for SaveHenleysGreenSpaces, are writing this letter for the attention of a number of people. We started our campaign 8 months ago and have spent that time doing exhaustive research. We have also set up an online petition. We are campaigning to prevent the development of land at Lucy’s Farm and Gillotts’s Sports Field. There is no doubt that the campaign has attracted huge attention and support from the public.

Our petition was launched 4 months ago and, at time of writing has 2,235 signatures. The much-publicised and Council-supported HGV ban petition has 2452 signatures after being launched 8 months prior to ours. It is essential to remember that all the people who have signed ours are against building on either site.

Despite Lucy’s Farm having been removed from further consideration on the JHHNP, Gillotts Sports field remains. The link between these sites is far too obvious to be ignored. Bloor Homes have stated ‘the marriage potential’ between the two, with a shared access from Blandy Road; this access, being the only one, is the gateway to the Harpsden Valley. The conclusion is that there can be little doubt that Bloor Homes will propose development of Lucy’s Farm in the future if allowed to develop at Gillotts. This must be prevented at all costs.

Bloor Homes have received a large amount of unfavourable media coverage recently (The Sunday Times 13/06/2021 being the most recent). Their connections with politicians, enormous donations to the Conservative party and general methods of influencing planning outcomes being widely discussed. What this does mean is that the public and media will be watching future outcomes very closely.

The fact that Gillotts Field was included on the JHHNP after the referendum of 2015 is extremely contentious. It was the second least popular (after Lucy’s Farm) at the individual site consultation stage, but remained by request of the school and the developer. This is not democratic; in fact it marks the whole of that referendum as a sham.

Furthermore, the AECOM report (commissioned by the council, no doubt at some cost) colour coded Lucy’s Farm and large areas of Gillotts land RED, ie not suitable for development. The reasons cited being that neither plot was suitable because development would erode the green border separating Henley from Harpsden.  This report cannot be ignored.

Not long after Gillotts became an academy in 2014 the school maintained that the best way to attain the money for refurbishment was by selling their Sports Field. Our campaign would say that a huge proportion of people think it would be the worst way. This is supported by our petition.

There is no tangible evidence that in the last 7 years there has been any effort made by the school, it’s Governors, our MP or any other local representatives to initiate any other way of raising funds. The conclusion being that the school firmly believes it will be granted permission to sell its land. It would be interesting to know who is fuelling this confidence.

It must be remembered that in order for Bloor Homes to build an access road from Blandy Road, this road would have to be built directly across a much used rural bridleway. Also, the copse originally earmarked for access has finally been proved to be common land protected by covenant. Bloor Homes now own a property in Blandy road adjoining the copse, intending to demolish this in the event of planning being granted.

Despite many statements to the contrary, it is now a matter of public record that Gillotts Sports Field is in frequent use.

There have been many quotes stating that 50 houses have been allocated to the Gillotts Field site as if this was a unchangeable. The plan is under review, and other options do exist. Surely the Neighbourhood Plan is a community effort to arrive at the best and most popular outcome for the community. It should not be forgotten that the architect of the neighbourhood planning in it’s present form is Henley’s MP John Howell.

Our campaign has recently learned that although 50 houses were originally proposed for Gillotts Sports field 80 are now being considered. We would very much like to know who made the decision to add another 30, when it was made and why? It actually staggers belief.

Despite the government designating the housing quotas, it is at district council level that the allocation of these is decided. There is a strong argument that, with all the recent new dwellings built, Henley’s quota has been met. We should expect our local representatives (especially those involved in planning and on the SODC) to pursue this point vigorously. The calamitous effect of adding further pressure to traffic issues, infrastructure, our local services and pollution should make this obvious and reflects the public mood.

The forthcoming exhibition at the Town Hall (Friday 2 and Saturday 3 July) will invite the public to make comments about the individual sites on the N.P. If we are to believe this is being done for the right reasons then all comments must be supported by names and addresses to be seen as genuine. This is common practice in any consultation. Furthermore, any representative who wishes to see comments against building should visit our petition site ( www.change/org/SaveHenleysGreenSpaces) A very large number of people have not only taken the trouble to sign but also add very clear messages.

Our campaign strongly supports any further building in Henley to be ‘genuinely affordable’ housing for the young and less well-off. And never on Green sites.

There is no doubt that the issue of building on Green sites is now a matter of huge public concern. Two examples of which are the Chesham/Amersham by-election, and the campaign for ‘better Oxfordshire ‘ (formed to encourage our representatives to listen to matters of planning). The government’s own recent guidelines favour not building on green sites, therefore building on Gillotts Sports Field would contravene that.

We are living through a climate change. The protection of wildlife habitat and open Green spaces is now seen as of paramount importance to our environment.