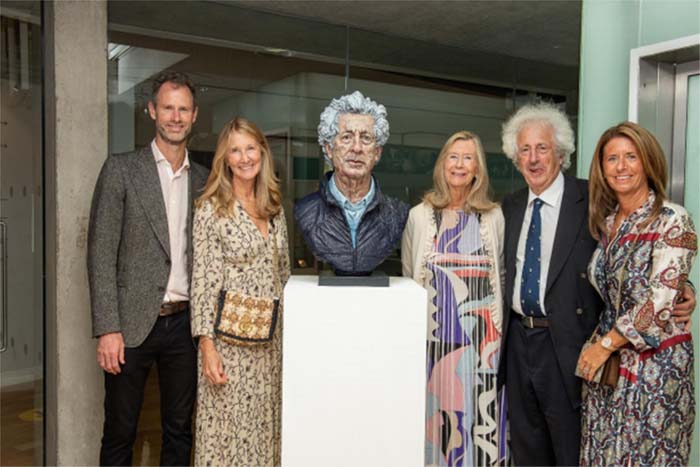 Sir Martyn’s long association with the River & Rowing Museum, now about to enter its 23rd year, all began in 1976 when his wife, Lady Sally Arbib, pushing a pram on the fields of her farm at Rotherfield Greys, near Henley, discovered a Palaeolithic hand axe. Sir Martyn decided that somewhere was needed to keep it safe, where visitors could appreciate this precious piece of history. And so the idea of a Museum in Henley for the people of Henley was born. This special object became one of the very first items to enter the Museum’s collection and is still on display in the Henley Gallery.

Then, in the early 1990s Sir Martyn heard that rowing experts Chris Dodd and the late David Lunn-Rockliffe were planning to establish a Rowing Museum in Mill Meadows and were appointing David Chipperfield as architect. They met at Henley Royal Regatta Headquarters and agreed to join forces. With Sir Martyn as the benefactor, the River & Rowing Museum was off and running. In 1998, Her Majesty The Queen officially opened the Museum, a memorable day for Henley.

Fast forward nearly 23 years and, following a very difficult year during Covid which has seen the Museum closed for much of the time and which has had a devastating effect on the charity’s income, the Museum has now reopened its doors, open Thursday to Monday 10am to 4pm. Visitors can see the bust on the Museum’s first floor adjacent to the entrance to the upstairs galleries.

Sir Martyn Arbib’s daughter Annabel Nicoll said: “We’re absolutely thrilled with Sean’s wonderful sculpture of our father – the likeness is quite incredible. We’re proud of his long association with the Museum and are delighted to be able to celebrate the reopening of this important cultural centre for our community with this wonderful new addition to its collection.”

Sculptor Sean Henry said: “I thoroughly enjoyed working on my larger than life-size portrait sculpture of Sir Martyn Arbib. We first met in 2002, when he commissioned my two painted bronze sculptures of Olympic rowers Sir Steve Redgrave and Sir Matthew Pinsent, and I am very happy that his long support of the River & Rowing Museum has been recognised by the inclusion of my sculpture within the permanent collection.”