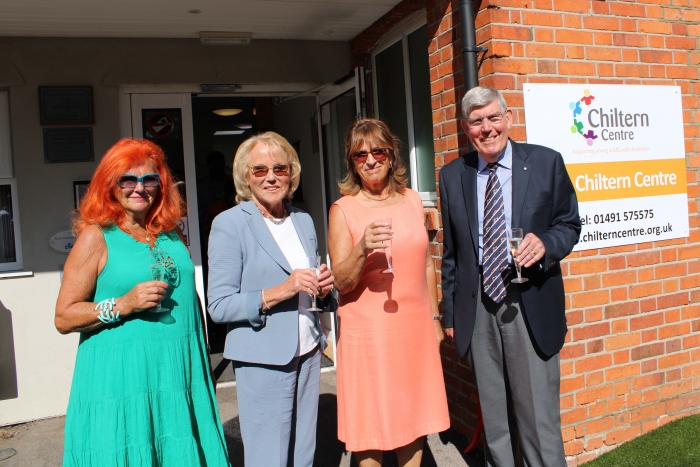 The Chiltern Centre held their AGM on Wednesday this week, over Zoom, for the second consecutive year.  Despite the “anus horribilis” year, the charity are in a good place and the future is looking good.

The Centre closed in the first lockdown from March to July 2020 but has been reopened since but working with fewer young adults to meet the government guidelines.

Chair of Trustees, Paul Barrett said “It’s been a very difficult time but our Centre Manager, Gareth Groves has performed wonders and the staff have adapted miraculously under covid restrictions which have meant quite intrusive tests and the use of PPE and a whole new way of working with our young people.”  He went on to thank the Patrons, his fellow trustees, the amazing fundraising team, the community for their “magnificent support” and a generous donation from the Jane Wates estate.

The charity will be presenting their proposals to sell the land the Centre is currently located on, off Greys Road at the Neighbourhood Plan exhibition tomorrow (Friday) and Saturday at the Town Hall (10.00-3.00pm) and to take up the offer of some land at Highlands Farm where a new centre would be built in the next 3-5 years.  Paul explained, “We don’t currently have the capacity to the meet the large demand for respite care for 16-30 year olds on the present site and this is an extraordinary opportunity which will allow us room for expansion.”

Ruth Luckett, Finance Trustee gave a summary of the finances of the charity, she said, “The deficit was lower than it could have been through the fundraising performance, grants and reductions in staff costs.  The fundraising has been higher in 2020 than in 2019 and the forecast for the next year is very favourable.”  Ruth will be standing down as a Trustee after 11 years.  Paul thanked Ruth for the “amazing dedication she has shown through these long years.”

Paul was re-elected as a Trustee along with Nigel Redding.  Paul announced that he was giving notice to stand down as Chair of Trustees at the AGM in 2022 but will remain as an independent advisor on the potential move to the new site. Paul commented, “It is is right and proper we have new leadership as we go towards our new chapter if we move.” He hopes that this AGM would the last online one and next year everyone could shake hands with each other.

Fundraiser, Jane Ainslie thanked the Trustees for their tremendous support over the last difficult year.