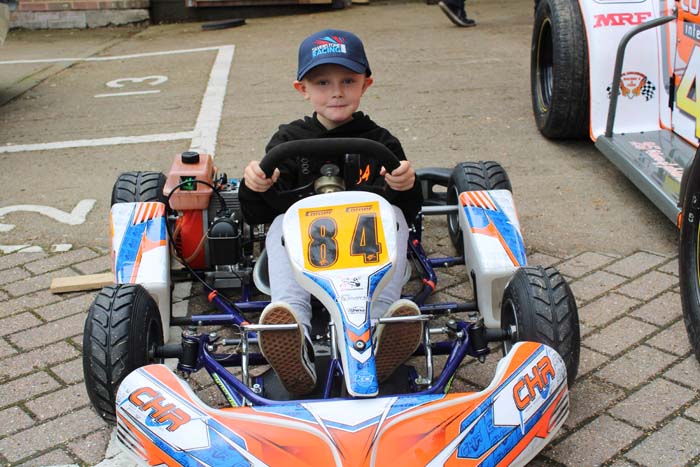 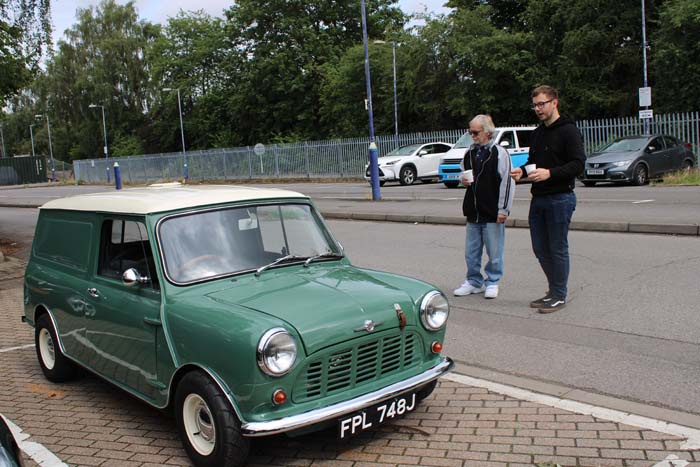 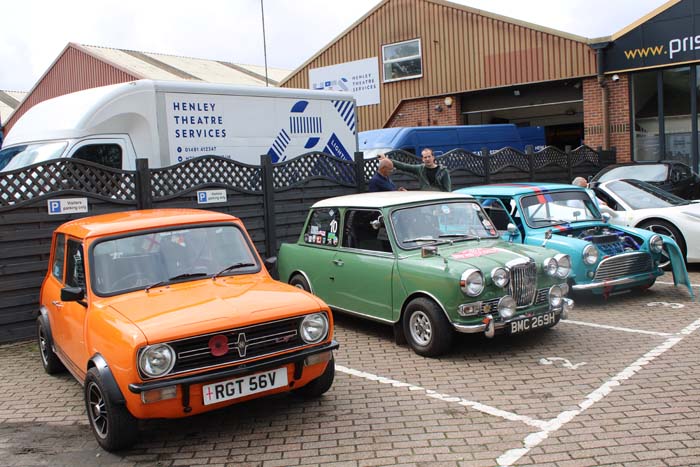 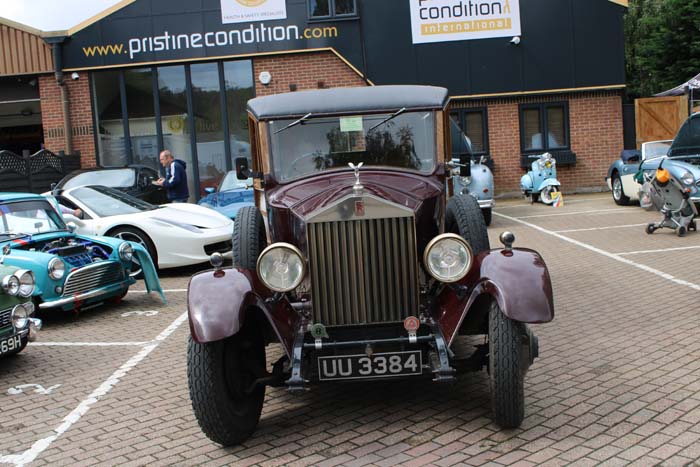 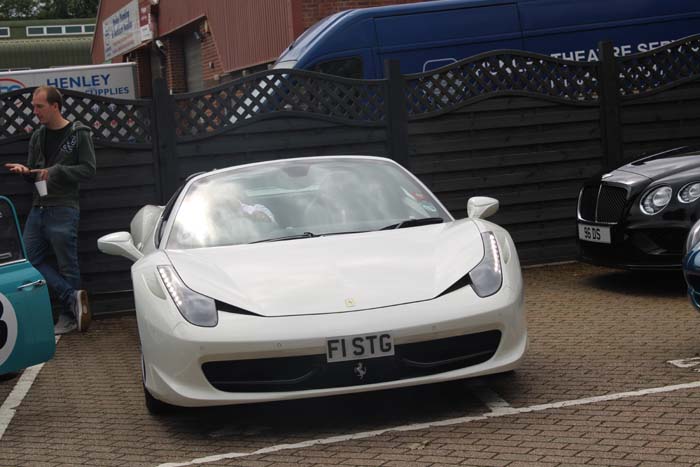 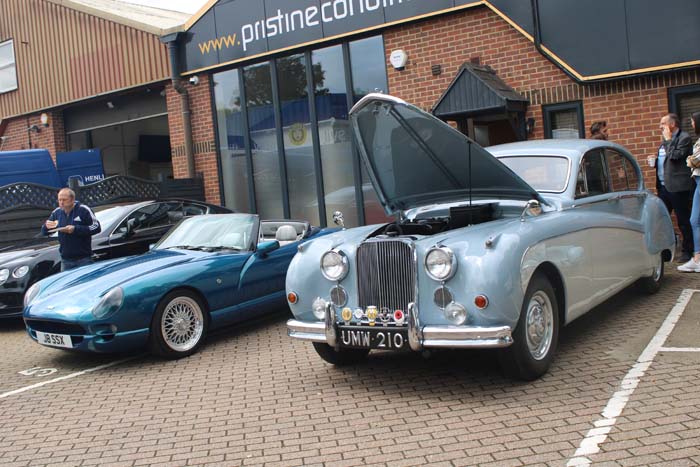 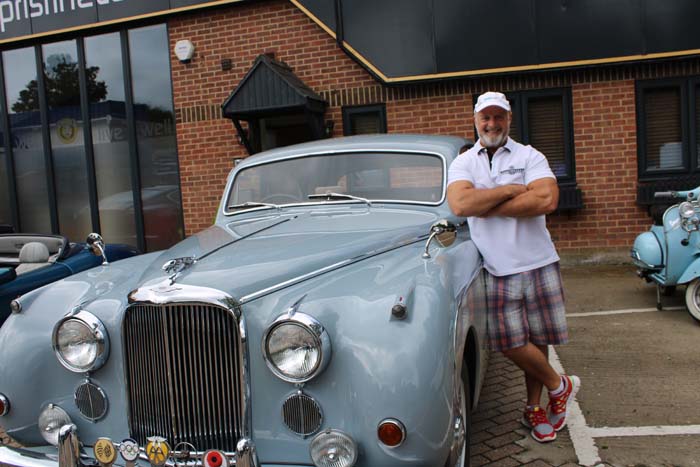 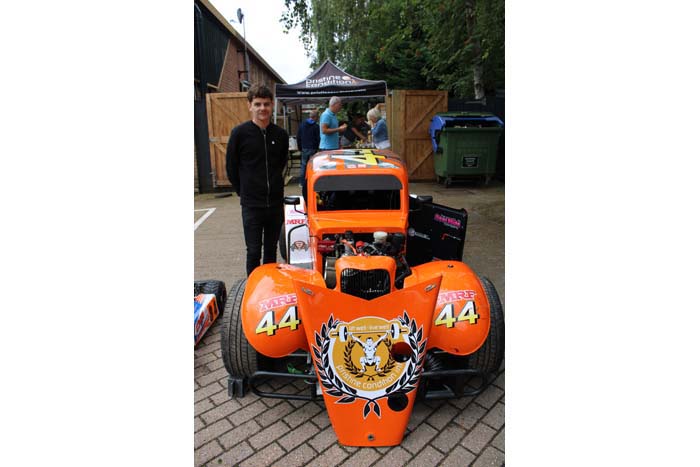 The idea for the Classic Car Event was Pristine Condition’s employee, Charlie Budd who was displaying his orange Legends Pristine Condition sponsored racing car (5/8 scale replica of pre-war 1930’s Fords, Chevys or Dodge with a Yamaha 1200cc motorcycle engine capable of speeds in excess of 120mph)  Charlie said, “We thought it would be a good idea to put on this event for the locals to have a look at the cars.  I got the car about a year ago.  We race all over the UK.  I started racing in my Dad’s Mini and thought this was bit different.  Davy (Pristine’s CEO) supports it and comes along and we also invite clients to the events.  Charlie’s son Freddie, aged 6 was showing off his race kart too.  Charlie added, “He’s been doing it about 6 months.  My whole family race and Freddie want to have a go. So far we’ve been to Whilton Mill,  Silverstone, Lincoln and we’re booked in to go to somewhere near Newcastle so lots of travelling.  His first event, a rookie academy he came second but he’s still got lots to learn and so have I but he’s really enjoying it.”

Davy Snowdon said, “Charlie and I are a couple of petrol heads and coming out of lockdown we thought we’d put this event on with some teas and coffees and see if anyone wanted to pop along and look at the cars. We’ve got a big car park here so we thought we’d put a few cars out.  It’s really nice and the weather thankfully is good.”

Neil Hawes brought his Rolls Royce 1929 Twenty Model from Brill, near Thame.  He is a friend of a Pristine Condition employee.  Neil said, “I have had the car since 2017 but its been in the family for a long time.  It used to belong to Rothschild at Waddesdon Manor.  Originally it was used as a limousine but during the war it was modified to an estate vehicle (known as a Shooting Brake) and they used it as a farm vehicle at one time.  I’ve done a couple of weddings and coming back from a wedding in Marlow we were struggling a bit but we’ve had some work done on it recently and it went up the hills much nicer today.”