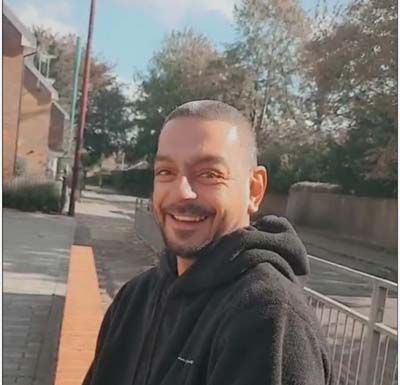 Kam Hulait’s family who died in a fail-to-stop collision have released a tribute to him.

Kam sadly died following a fail-to-stop collision on Wyfold Lane, Peppard Common on Sunday 11 July.  He was known to many as he used to sit on the wall most days at the ‘Top Shops’ on Greys Road.

His family said: “Kamaldip Hulait was a son and a brother, with a heart of gold. It is hard to comprehend he is no longer with us, tragically taken too soon.

“Across the community he was known as a gentle giant always putting the needs of others miles ahead of his own. We are hearing stories from locals how he discreetly helped those most in need, asking for nothing in return. He quietly lived his unique life never being a burden to those who loved him.

“Kam was one in a million, he had time for everyone one. Kam was one of the most genuine people anyone could ever meet. He treated all equally and never had a bad word to say about anyone.

“Kam will be missed so very much by everyone who knew him from his family, his friends to the locals he helped. There are not enough words to say how say how very proud we are of him and always will be. He leaves a legacy of selfless deeds filled by pure kindness.

“We want to say thank you to all those who have offered their support in one way or another. Rather than offering financial support we would prefer donations be made to Great Ormond Street Hospital in Kam’s name.

“Kam died in very tragic circumstances and we as a family want closure and justice for him. Anyone with any information about the incident should contact 101 quoting referencing number 43210306555.”

Kam’s brother Jazz wrote on Henley Community Matters Facebook “We will be putting my Brother Kam to rest. On Friday 6th August he will be coming home first around 9.45am, and then to Slough crematorium, onwards to the Sikh Gurudwara in Slough. Kam would be happy for his friends to be there but please respect my family in this time. Also I will be at Top shops to have drinks for my brother in the evening, as that was his spot around 5.30/6pm. I hope people in the area don’t mind.