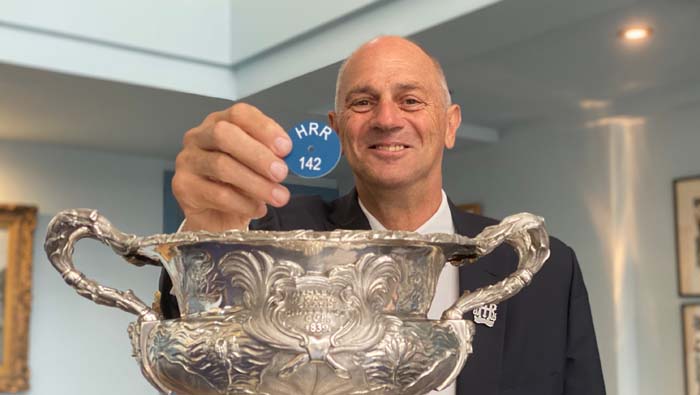 The qualifiers for Henley Royal Regatta took place for the first time at Dorney Lake on Saturday with crews competing in 13 out of the 26 events.

There was a mixed result for the local crews of Leander Club, Shiplake College, Upper Thames and Henley Rowing Clubs in the qualifiers.

There was disappointment in the qualifiers for Shiplake College in the Fawley Cup (M4x) Quad and Crisp in the Single Sculls (Diamond) and Upper Thames Crew B failed to qualify for the Wyfold (M4-) Men’s Coxless 4.

On Sunday the draw took place on line instead of at Henley Town Hall with Sir Steve Redgrave, Chairman of the Committee of Management, drawing the numbers from the Grand Challenge Cup livestreamed from Regatta headquarters.

Sir Steve said, “The Regatta will look different this year because of COVID-19 safety protocols – that is why we moved the Draw – and it is a little smaller this year, but not by much, there are 345 races this year compared to 355 in 2019. Overseas numbers are down, but I was surprised by the numbers we do have, and the quality is there. In many of the events this will be the culmination of four to six years together and the camaraderie of school and university crews training for an extra six weeks through the summer is shining through.”

World medallists such as Charles Cousins and giantkillers such as Matt Brigham had to come through qualifying.

Sir Steve added, “The level of the competition in the qualifiers emphasises the standard required to make it into the Regatta. “Big names and past performances do not guarantee a free pass, we try to go on form. Traditionally we have ‘selected’ certain crews in the Draw for a number of the events. The purpose of this is to achieve the fairest and most satisfactory racing programme. Crews may be ‘selected’ because we believe them to be the fastest in their event, or because we wish to keep apart overseas crews from the same Club or Country or for other similar reasons.”

Racing starts on Wednesday at 9.00am with Upper Thames B crew opening the local crew competition in the Thames Cup (M8+) at 12.05.  To see the full programme go to https://www.hrr.co.uk/

Rail Services During The Regatta
Scroll to top