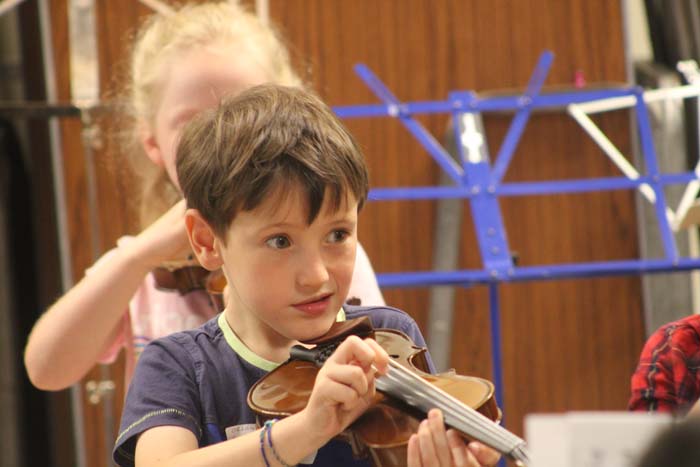 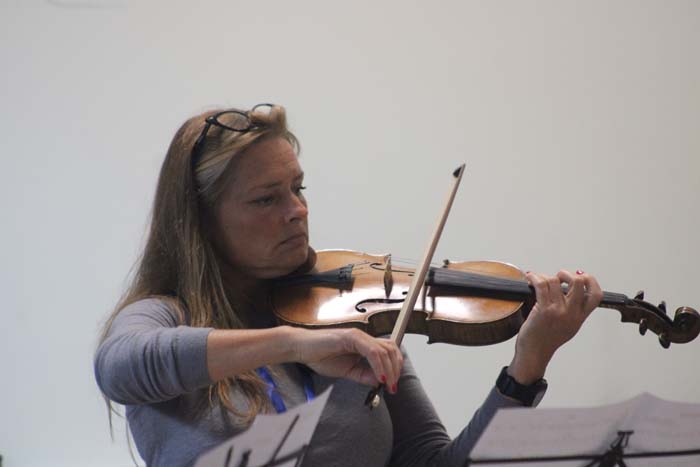 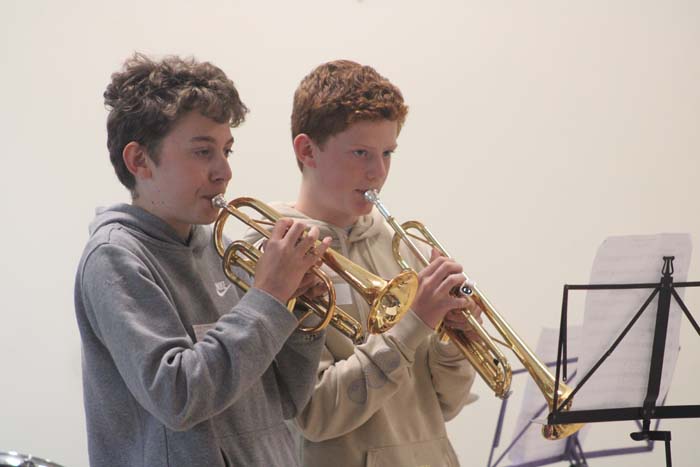 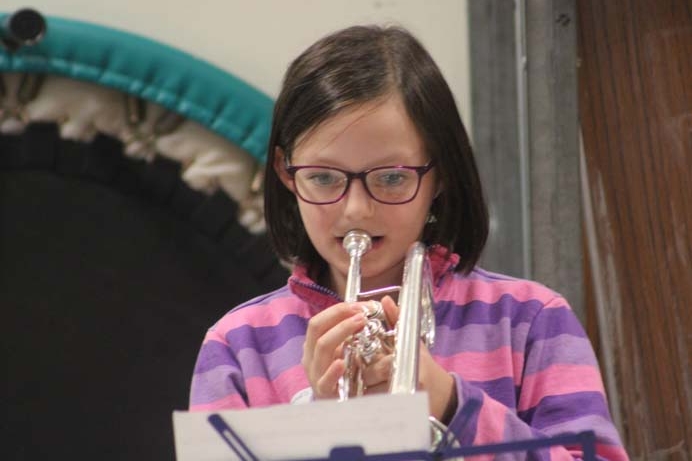 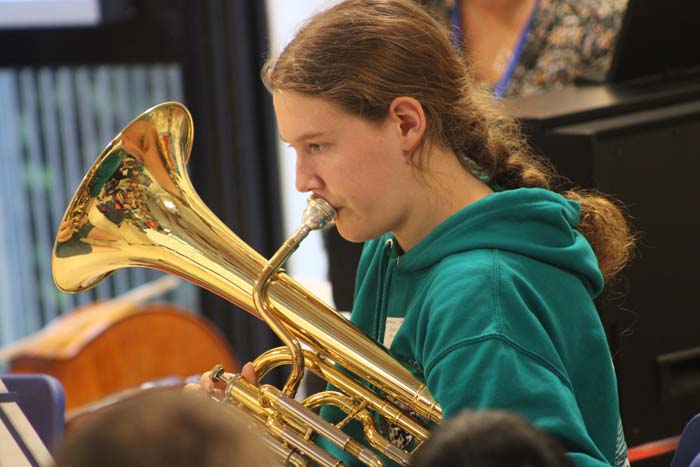 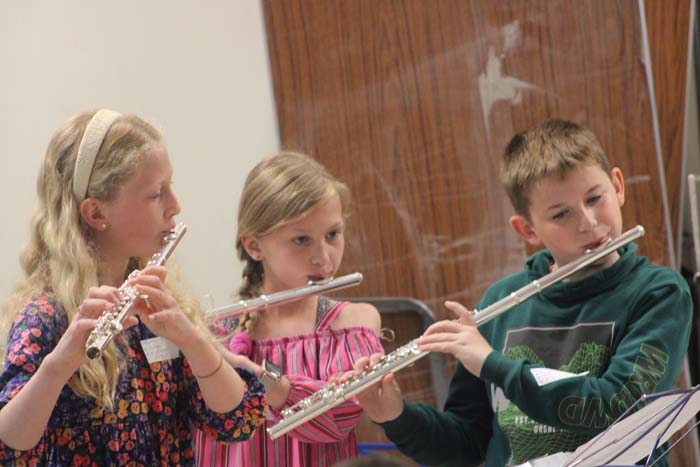 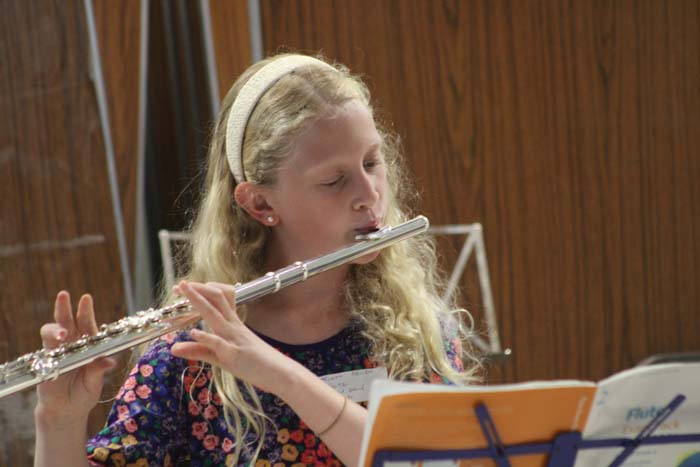 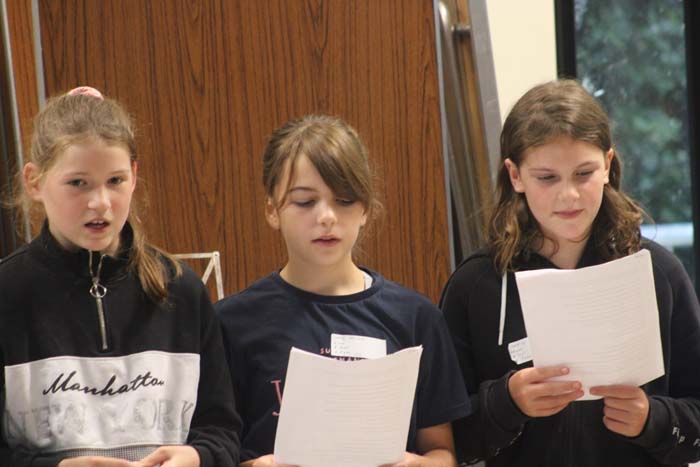 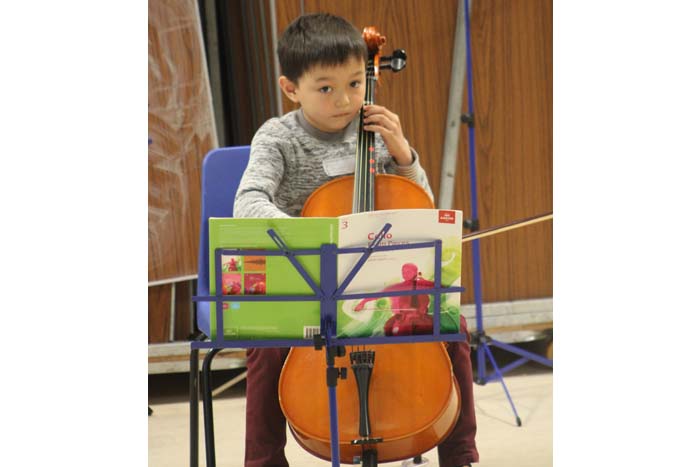 Over 70 local children got the chance to try out a range of musical instruments this week at the Henley Music School’s summer camp at Badgemore School.

Children who already learned an instrument also got the opportunity to play together with other children and perform at the end of summer camp concert in front of parents.  This was the first time the school had run a Summer Camp.

HMS Principal Laura Reineke said, “Over 70% the children were new to Henley Music School which was great.  The main purpose of the summer camp was getting children to play together as many don’t get to play in larger groups.  There were lots of instruments for the children to try and I’ve already got 20 registration forms for children to start a new instrument in September, including a harp.  I realised it was going well when children who signed up only for 1 day, ending up coming for all three.  I’ve had lots of emails from parents saying how much fun their children had and how brilliant it was.”

The children had fun playing in groups and famous double bass player, Leon Bosch came to give an inspirational talk as well as giving the children the opportunity to try the double bass.

Laura added, “I’d like to thank Tim Hoskins, Headteacher at Badgemore for allowing us to use the school, it was a brilliant venue.  He is always really supportive of the HMS and the way it benefits all children.  Thank you to all the music school teachers who gave up their time.  We were all absolutely delighted to get back to teaching and playing together.  We’ve still got plenty of bursaries to give out as we would like as many children to take up an individual instrument.”

Sebastian Lee attended all three days of the music camp and absolutely loved it.  He started the cello with Henley Music School in September last year Laura Anstee is his teacher. Angela, Sebastian’s Mum said, “About 6 months of his learning was during lockdown via Skype and although it was difficult, his teacher was very patient with him and he was able to progress well. Once he started his physical classes again, his progression excelled exponentially and that is a credit to his great teacher. One of the reasons why we chose HMS was because we were able to be loaned an instrument which was really helpful, especially if you’re not sure it’s the right instrument for your child.”

Sebastian was able to try out drums, violin, double bass and xylophone. He was able to perform as part of the strings group, cello group and the samba drum group at the summer camp.  Angela added, “I thought the music camp was a great experience for Sebastian. He loved trying out the new instruments and really enjoyed the opportunity to play in the ensembles. You could see how passionate and proud the kids were performing at the concert and it was lovely to see everyone who attended perform something they learnt at the camp, even if they had not tried a musical instrument before.”

The end of summer camp concert opened with the teachers playing Queen’s Bohemian Rhapsody and the children followed in groups and solo performances.  We particular loved watching the violin group who had learnt to play a piece in just 3 mornings by plucking the instrument.  Their faces were a picture!  And also the very talented George, aged just 7 on the cello who played the James Bond theme tune.