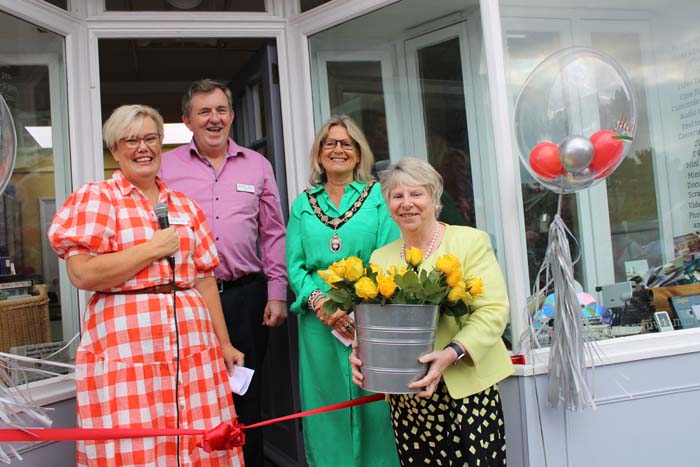 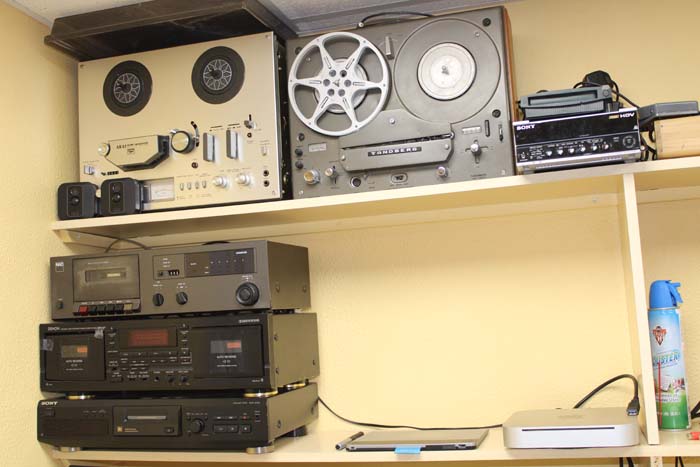 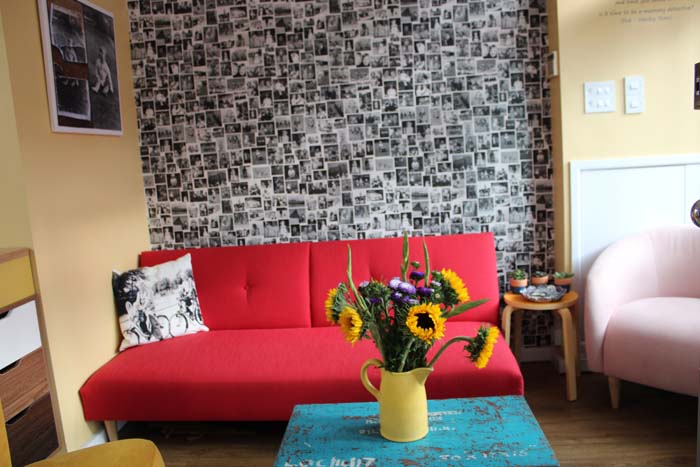 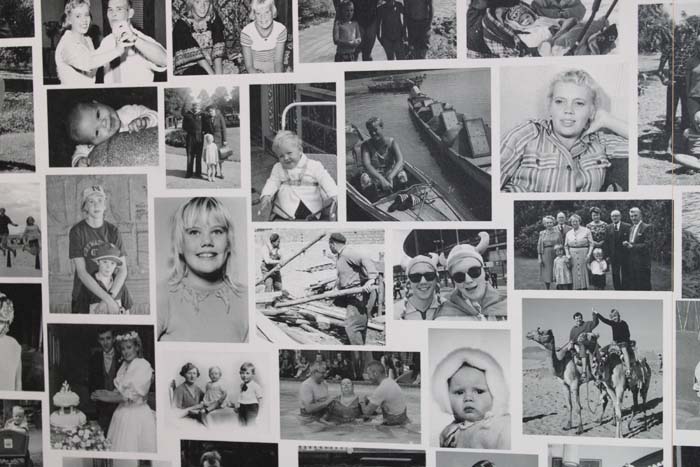 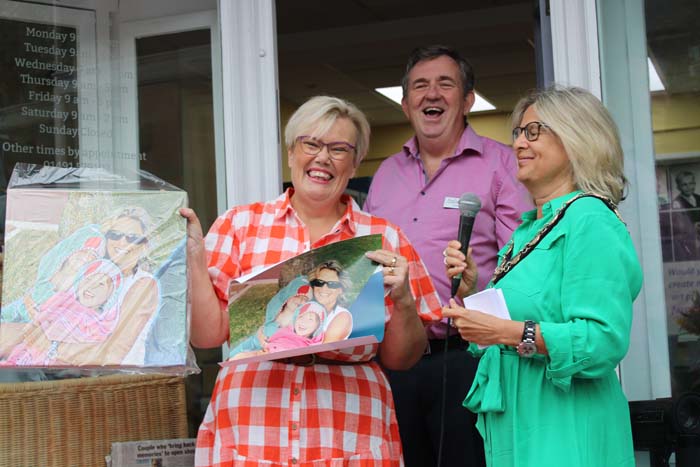 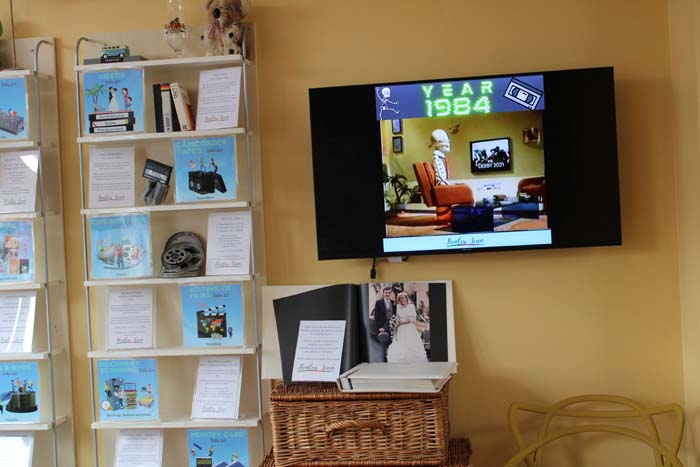 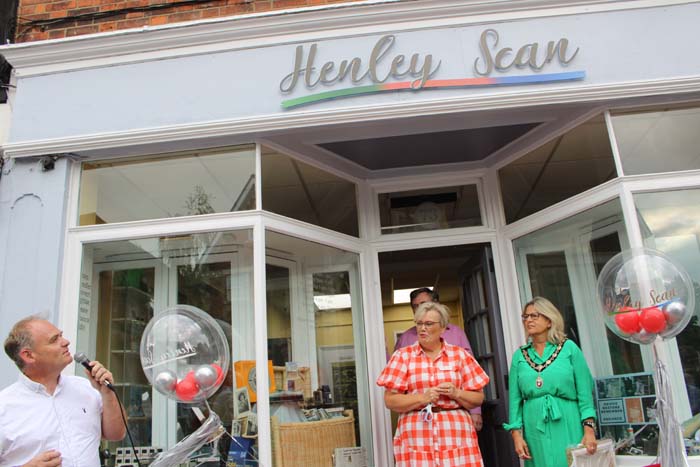 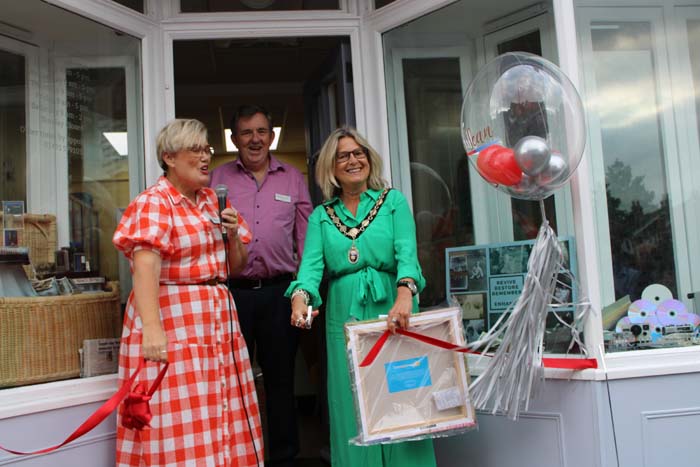 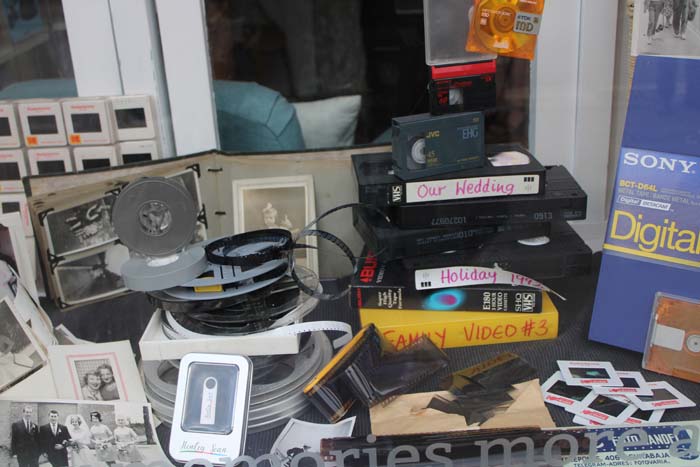 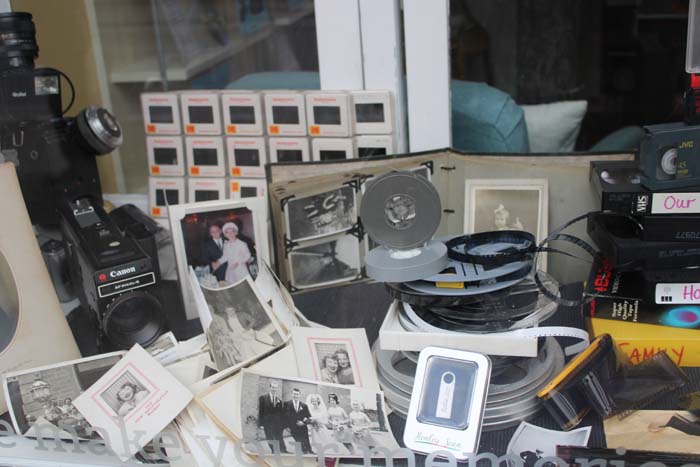 A creative fledging business; Henley Scan has outgrown its base at home and opened a shop on the parade of shops at the corner of Station and Reading Road.

Henley Scan was started by Eva and Graham Rickett who offer the digitisation of old photos, negatives, slides, VHS video and camcorder tapes in February 2018.  Eva explains, “We had converted lots of things for our own friends and families for the last 10-12 years and about 3 1/2 years ago Graham said I think this could be a business and then we went to the first Creative Duck meeting.  I think at the third meeting, there was a guy there called Ben who said if you’ve got an idea just get on and do it.  Graham then threw out a post on Henley Recommendations asking whether people would like to convert old photos or slides and we had 8 people said we would love this.”

“We were outgrowing our home and we started looking for premises.  We didn’t understand rates or other things associated with a shop and we were looking at offices originally as we thought we couldn’t afford a shop.  ManningUK have been so generous, came up trumps and they’ve been very flexible with their lease offer.”

The shop has been designed and fitted out in just 3 weeks by Eva and Graham and has a lounge area to talk to clients and a TV screen to watch film footage on.  There’s also a brilliant statement wall with specially designed wallpaper that features 105 photos of Eva and Graham’s family over 5 generations.  The firm now employs 3 permanent staff and 2 part-timers who will work in a back office where the “magic happens”.  They have also announced that there will be satellite office opening in Basingstoke where customers can drop off and pick up from.

Henley Mayor, Councillor Sarah Miller was there to officially open the shop and cut the ribbon.  Eva commented, “She’s a ribbon cutting virgin too.” In her speech Sarah said, “I would like to congratulate Eva, Graham the team on their move to their new premises.  Over the past 3 years I’ve been watching the steady growth in the business as Henley Scan has helped over 1,000 people access precious memories by retrieving images, footage from old media.  I am in no doubt that the business will continue to grow from strength to strength.  As a resident of this part of town, I am pleased to see a specific destination retailer join this growing part of Henley, now to be known as #southsidehenley.”  Sarah was presented with surprise gifts of a photo of herself with her twin daughters in photo format and on canvas.

Eva said, “There is not one of you who have helped us in one way or another.  Anything from how to network, championing us, liked us, shared us, commented on us on social media, you are all part of Henley Scan story.  All part of where we are at.  We are all about stories, there are many of you, you will realise how interesting you are all.  I’ve learned over the last 3 years, being an entrepreneur is not easy but when you have people who have helped you it makes it easier. The business community has been incredible and we are so grateful.  Some of you have been our customers and without you we would not have a shop or not have a home any more.  There are so many fascinating hobbies, so many lives, so many ancestors who have done such incredible things in a very normal way and we love finding them all.  We are going to expand, by offering some new products.”  Eva thanked all her team including her husband, Graham, saying, “I couldn’t do the techy stuff he does and he would never like doing networking or the creative stuff on social media.”

Lindsay and Donal McLoughlin asked Henley Scan to digitise their wedding video from 1999 which was on VHS and to make an edited version.  Donal said, “The original version was around 2 hours long which we’d only watched once or twice.  Graham superbly edited the video and was very helpful. They are now both on a memory stick to be treasured forever and can be copied and shared for generations in the future.  On our 20th wedding anniversary we enjoyed watching the edited version and we’ve watched this several times already.  Lindsay added, “Graham is very clever, very interested and gets very involved in it.  He made sure it was very clear what bits we wanted to keep for the edited version.  They are both lovely people to work it and it superb that they’ve got a shop now.”