Cheryl Purver and Lucas Collins have signed up to trek 100km across the deserts of Jordan to reach the iconic ancient city of Petra to raise money for The Chiltern Centre who provide respite care for disabled young adults.

Cheryl and Lucas have already raised over £2,000 through their Justgiving page however Lucas wanted to raise more through having his hair and precious beard shaved off which he did on Sunday at the Rowbarge pub in West Street.  Lucas explains, “The idea came about as I’m useless at fundraising and asking people for money.  I thought this will be funny, especially here at the pub as some people have been quite vocal that they don’t like the beard very much.  I thought if I do it here, I can get the crusty old bastards to put a hand in their pocket and put their money where their mouth is. I regretted saying I would do it as soon as it came out of my mouth though!” Cheryl added, “It’s a bone of contention for some but also hilarity for others who know how precious he is about it. It’s commonly lovingly known as his Viking beard.”

Cheryl and Lucas decided to do the fundraising trek after she ‘met’ Harriet Barcella, fundraiser from The Chiltern Centre through the Henley Covid Mutual Aid Group.  Cheryl explains, “I haven’t actually met Harriet in person yet, I spent a year over lockdown talking to her though every week via Zoom.  At the one of the meetings she said that she was organising this trek and if we knew of anyone who wanted to join.  I thought about, but at the time I wasn’t in position to self-fund the trek as I’m self employed but it got pushed back and back and then it was rescheduled to October this year and I’ve had a good summer with work.”

Lucas said, “It looks like fun.  It’s good cause to raise money for.  My best friend growing up, his brother, Ryan used to go to The Chiltern Centre.  He’s very autistic and he’s 22 or 23 now and he still can’t talk.  It featured heavily in their lives and so in turn in mine.  They’ve been really helpful to the family.  I’ve been up there a couple of times with them to see his room.  When Cheryl said about it I thought it would be fun and it’s a good cause.  We also haven’t been anywhere for nearly 2 years. This is good reason to get away, raise some money, meet some new people and go somewhere where neither of us have been before.  I would never probably have thought of going to the Middle East.”

The couple love the outdoors and both work outside which involves lots of walking.  Lucas is a crane supervisor and Cheryl works in outdoor events.  Lucas comments, “I walk about the site all day and do about 20/40,000 steps a day but it’s not 30 degree heat or the incline.  According to 360 Expeditions who are organising the trek, we are already ahead of the training schedule at this point.  We’ve bought our boots and are wearing them in.  Cheryl adds, “From mid September though to mid October when we leave, we need to be doing 6 hour hikes every weekend.  It looks like all systems go as Jordan are on the amber list and we’re double vaccinated.”

Leaving on 15 October, the party of 12 will be trekking around 20km a day, both during the day and night.  They will be camping overnight in Bedouin tents.  Cheryl said, “I’ve never done anything like this before.  The biggest challenges will the extremes of temperature – 30C in the daytime and -10C at night.  I am also slightly worried about not having a toilet.”  Lucas said, “I also don’t like the heat and I’ve got two de-generative discs in my back which will add to the challenge.  I understand the food is going to be hummus based which is not my favourite food.”  The group will have the opportunity on one day to go to a Bedouin village and barter for a goat to be cooked into a stew.  Lucas added, “I’m definitely up for that.”

Lucas has had a beard for about 7/8 years and Cheryl has never seen him without one.  Cheryl was originally going shave Lucas’ beard and hair off but last Monday she started to worry about doing it and Lucas doesn’t let Cheryl even trim his beard. Fabio from Fabio Cuts on Greys Road offered his services.  She explains, “I started to worry about doing it and so I asked on Henley Recommendations and someone I know knew Fabio and I messaged him and he replied straight away to say yes.  I also thought he could funnier things along the way.”

Fabio said, “I offered my services, because charity is a good thing to do. Everyone has got 24 hours a day so everyone has got half an hour spare so if it is for a good cause I don’t see why you shouldn’t take it.”  During the shave, one friend offered £200 if Lucas agreed to shave off one of his eyebrows which he declined saying, “There’s no eyebrow coming off.  I like my eyebrows and I’m giving up enough.  A real man would just want to donate.”

Afterwards Lucas said, “I don’t like it, does anybody have any glue!  It will grow back though but probably will take a couple of years to get back to the length before.”

Cheryl is also raising money through asking for donations of old phones at the Shiplake Village store.  So far they have received 40-50 phones.  Cheryl comments, “Some are only worth a few pence because they are broken but it’s good that they are being recycled and not going in landfill.  We like to recycle.  I hope to get some of them unlocked so that they will be worth £20-£30.”

Harriet Barcella from The Chiltern Centre said, “We are so grateful to Cheryl and Lucas for choosing to support the Chiltern Centre. It is particularly fantastic to see such creative and fun ways of fundraising and we are blown away with Lucas’s commitment to the cause. In October Cheryl and Lucas will be joining us on our trek across Jordan. We’ll be following ancient trails through enchanted country which the nomadic Bedouin people and their livestock have travelled for generations.  We are so excited that after two years of postponements, this trip will (Covid allowing) finally take place and we’re so grateful to have such a dedicated team of fundraisers joining us on the trek. Huge thanks to all those who have supported Cheryl and Lucas so far – the Chiltern Centre is a life line to local young people with disabilities and their families and we could not open our doors each year without this sort of support.”

The Chiltern Centre need £200K each year to keep their doors open.  The shave off raised a staggering hair-aising £795.  If you would like to donate go to click here 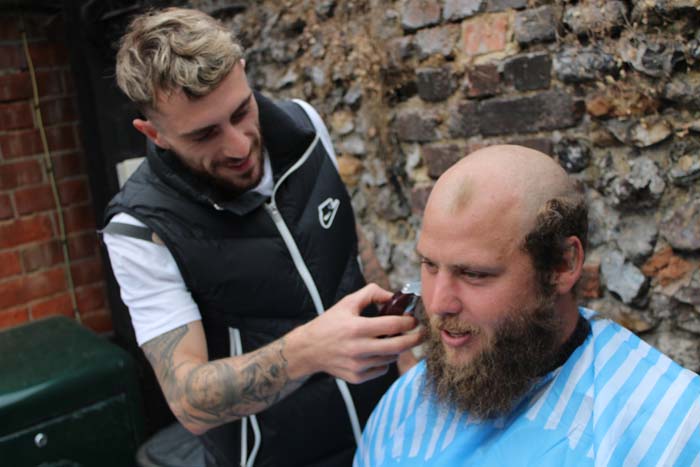 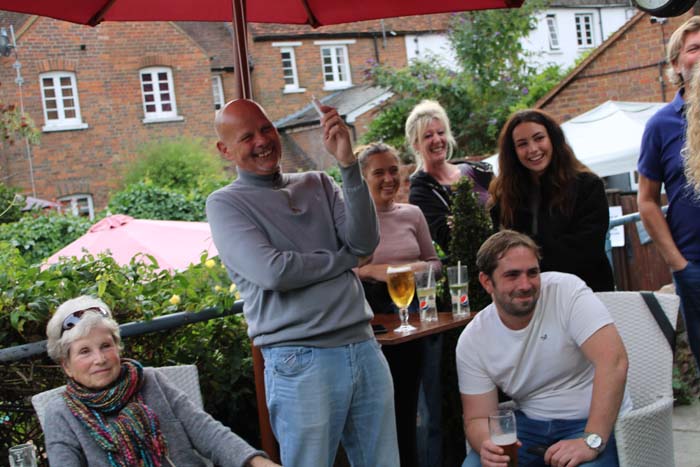 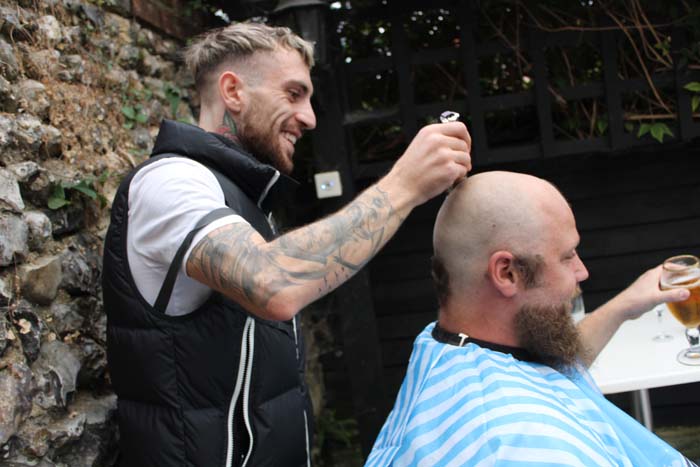 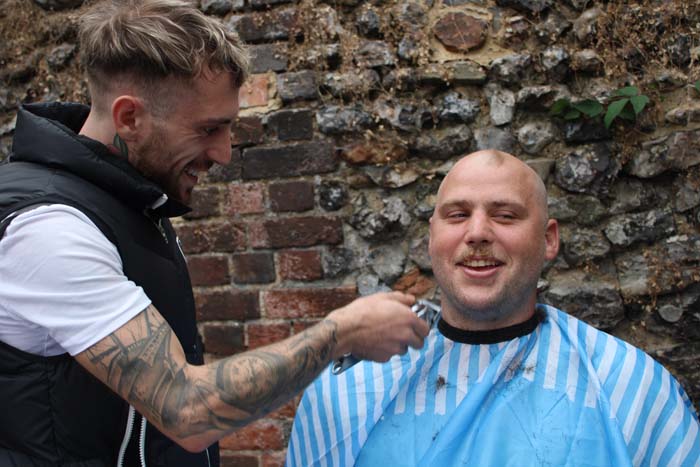 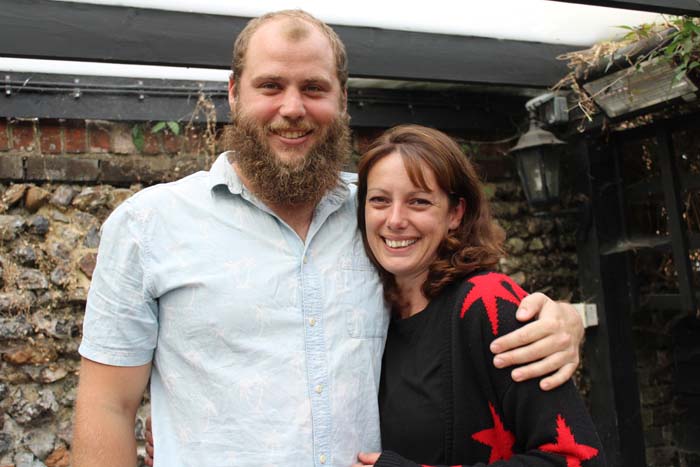 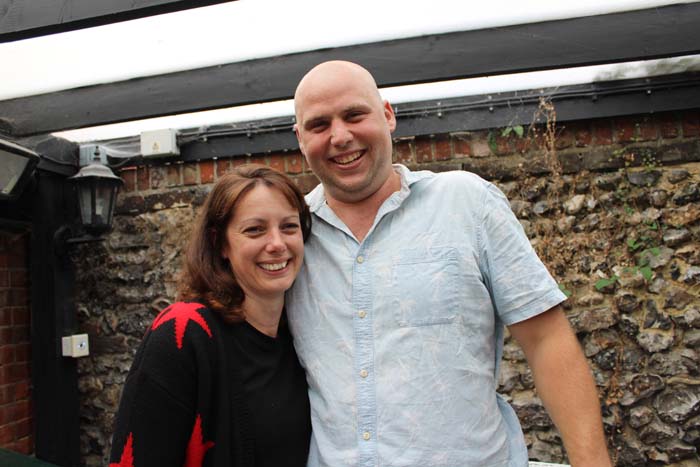