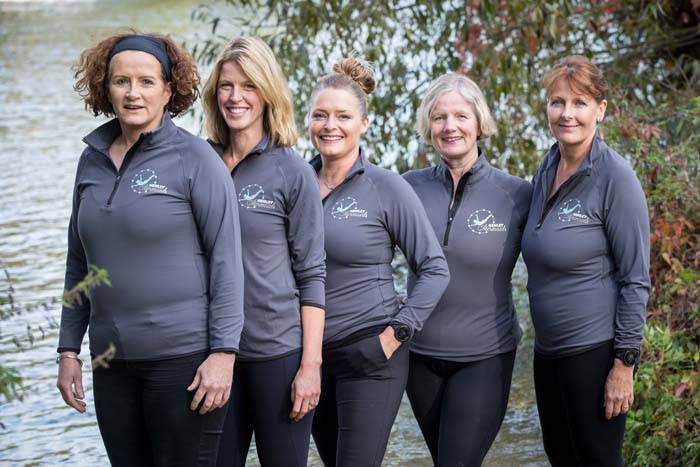 The swim was cancelled due to the weather forecast changing.

Henley Mermaids, Laura Reineke, Joan Fennelly, Fiona Print, Susan Barry will be joined by Merthyr Mermaid, Cath Pendleton and Ros Edmonds from Wales in their second attempt to be the first ladies relay team to swim the Bristol Channel on Sunday (12 September).

The Henley Mermaids first attempt to swim the Bristol Channel on 21st July was so close with just 6km to go but the tide beat them in the end.

Unfortunately Henley Mermaid Jo Robb is unable to make this second attempt so the team have drafted in Cath Pendleton who was the first person to swim a mile in the Antarctic Polar Circle last year and Ros who the swimmers met at this year’s Thames Marathon.

The swimmers will set off on Sunday at 1.30am, 6 hours earlier than the previous attempt, in attempt to beat the tide from Ilfracombe to Swansea.

The team are raising money for Sunrise for Brain Conditions which is a not for profit organisation which provides a platform for events and fundraising for four charities in Ireland which supports Parkinson’s, Motor Neurone Disease, Multiple Sclerosis and Huntington’s Disease.  The team have also partnered with four sister charities in the UK that support these brain conditions  – The Huntington’s Disease Youth Organisation, Cure Parkinson’s, The MND Association and The MS International Federation.

Laura Reineke said, “We will have the same battles, but this time through the night. I suppose at least we won’t see the jellies!”

If you would to donate go to their charities go to www.henleymermaids.com.