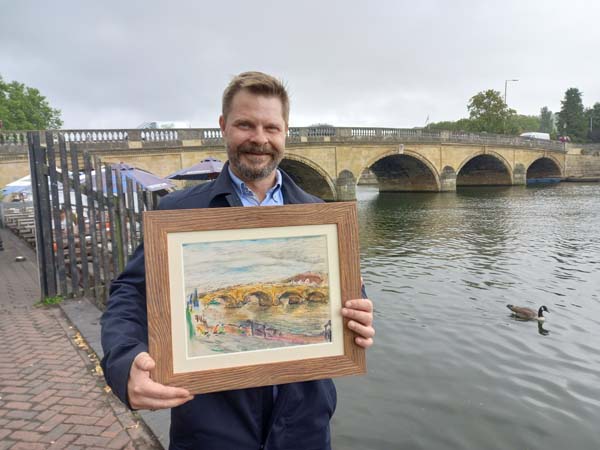 Leo Hallam is showcasing his abstract landscape artwork at his debut exhibition at Jack’s Gallery in Hart Street from next Monday (13 September to 19 September).

Leo returned to his love of creating art after an early morning walk when he came across a stag in Lambridge Woods in 2019.   He enjoyed art at school and got an A* at GCSE.  Leo said, “I moved to Henley in 2016 from East Midlands to work for Courtiers as their Brand Manager after years of working together and enjoy walking in the area.  The stag was staring at me and I was admiring him.  After taking a photo, I decided to paint him. This picture was the first piece I sold.”

Henley and the surrounding areas are featured in many of Leo’s artwork in the forthcoming exhibition including the bridge, Market Place, Mill Meadows and the towpath some of which feature in the forthcoming exhibition.  Leo posted the Market Place painting on Henley Community Matters Facebook page to gauge people’s reaction to his work in July this year.  He comments, “I was pleased with the lovely comments I got and it started 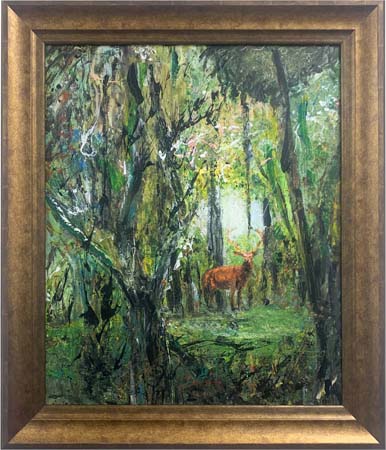 me thinking about selling my work which are just sat in my flat gathering dust.  I sold that one to someone in the pub.”

Leo uses both acrylics and oil pastels to create his artwork.  He comments, “I like acrylics as they are good for being expressive but I like oil pastels as they are easy to take out and about with you. I can’t though just paint a scene from a photograph, I have to be there to get a feel for the scene and the impression abstract style comes out at the same time.”

Jack Free at Jack’s Gallery was helping Leo to frame his artwork and started to talking to him about what he needed to do sell his artwork.  Leo comments, “Art is something I enjoy and I think my artwork has appeal but I will go with the flow and see what happens at this debut exhibition and other things may come out of it too.  All my pieces are original artworks, there are no plans to produce limited editions or prints.”

Jack said, “I sat down with Leo to help him frame his original artwork and that was a springboard for him saying he wanted to show his work and as I was familiar with it, I said I would do it.  I think he’s very talented and he just sells them at the moment to friends.  Now’s his chance to showcase his work to a wider audience.   I think he’ll do very well.” 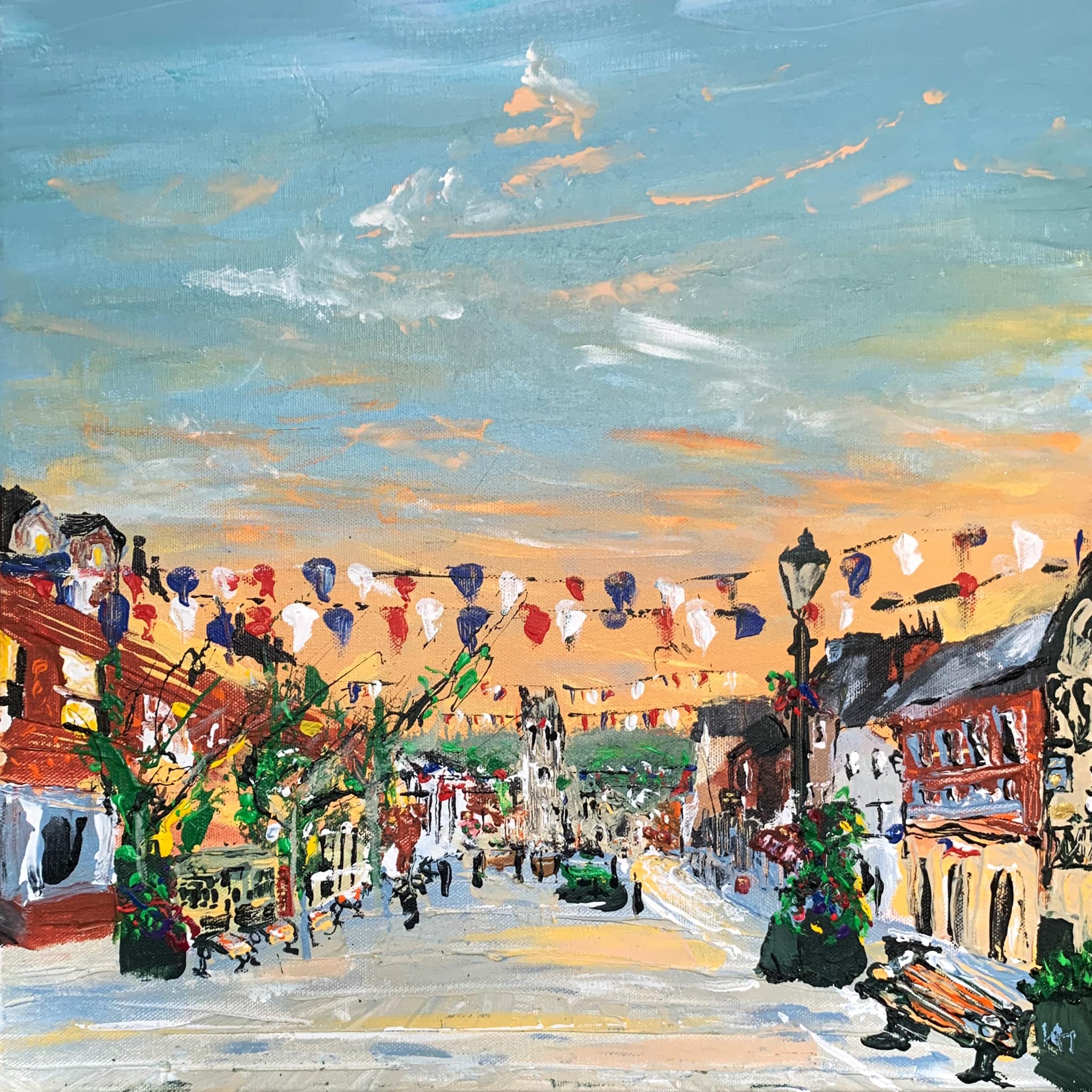