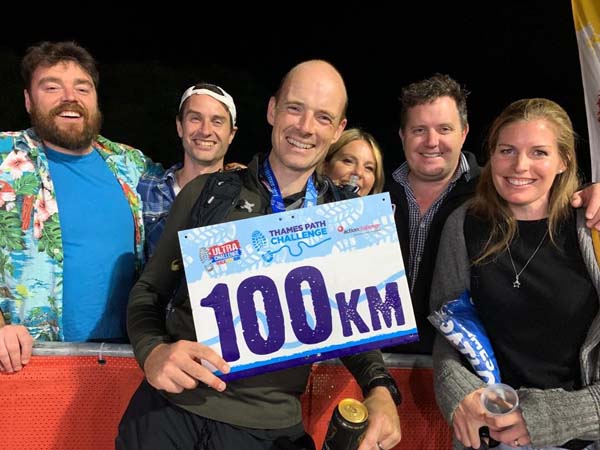 The River Thames provides a fantastic backdrop for the unforgettable and gruelling Thames Path challenge of 100km ending in Henley.

Starting at Putney Bridge in London, walkers and runners go through Richmond, Hampton Court, Runnymede, and Windsor en-route to a riverside finish line on Mill Meadows.

Steve O’Connor from Henley completed the epic challenge in aid of Fulham Reach Boat Club which is a charity he started in 2014. Steve explained, “Our Vision is ‘Rowing for All’ and we try and work with those from our community most in need and help improve their lives by being out on the water. I managed to raise £3,000 which will help three young people get onto the Thames for a year with all of their costs covered by the charity.”

Training started for Steve three months ago.  He said, “I manged to complete around 700km of training leading up to the run which involved lots of slow, long miles! The hardest part was definitely the 50km point. There was a rest stop at this part of the course which I arrived at feeling very sick, very emotional and on the verge of quitting. I think I had misjudged how warm it had become out on the course and so was suffering the effects of dehydration. I then managed to get some more water on board, had a quick pep talk from my wife over the phone and was on my way into the second half.”

Arriving back in his home time after 15 hours of running, Steve commented, “I felt ecstatic! It was a great feeling to know that three months work had paid off and even better to know I didn’t have to run any further! It was also wonderful to have my wife there and run the last few meters with me. My legs seized up pretty quickly after stopping but that’s a small price to pay for the donations we were able to raise.”

If you would like to donate to Steve’s cause, please go to https://www.justgiving.com/campaign/steveoslongrunhome

There was also a Chiltern Centre team who completed the 100km challenge.  Gareth Bates, The Centre Manager and Jane Ainslie, their Fundraising Manager raised over £2,000 for the centre.  Gareth and Jane described the walk as being the toughest physical challenge they’d ever taken on.
Gareth said, “The dark hours (metaphorically and literally) were hard as we walked along the Thames Path in the pitch black, with only the small circle of light from our headtorches to light the way – tens of kilometres still ahead of us and no idea where we were. We got a lot of  blisters and aches in the feet.”
Jane added, “Our sense of pride kept us going however hard it got. The massive boost we got from knowing that by putting 0urselves through this challenge we were raising vital funds for the Centre.
Harriet Barcella, The Chiltern Centre Marketing and Communications Manager said, “Gareth and Jane know so well how important these funds are. They see first hand the life changing impact the Chiltern Centre has and their dedication to the Centre helped to push them through the pain barriers on Saturday night and into Sunday morning.  We are all SO proud of what they have achieved. They have raised over £2000 so far which is truly incredible. If you’d like to help them to raise even more we would all be so grateful.” Click here 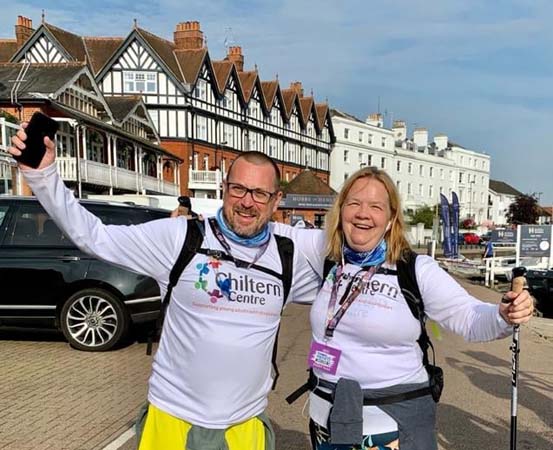