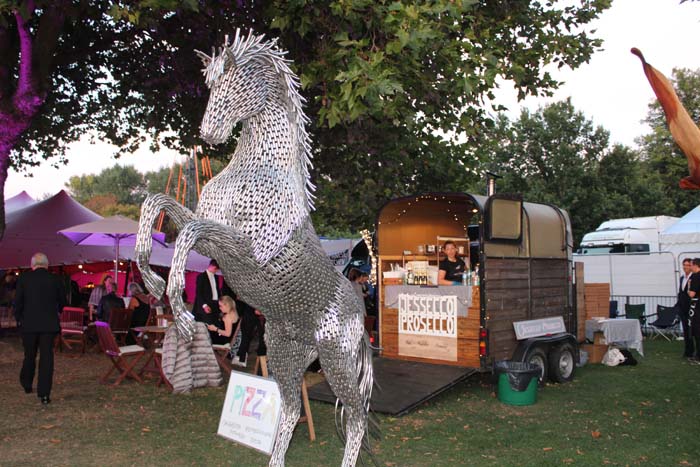 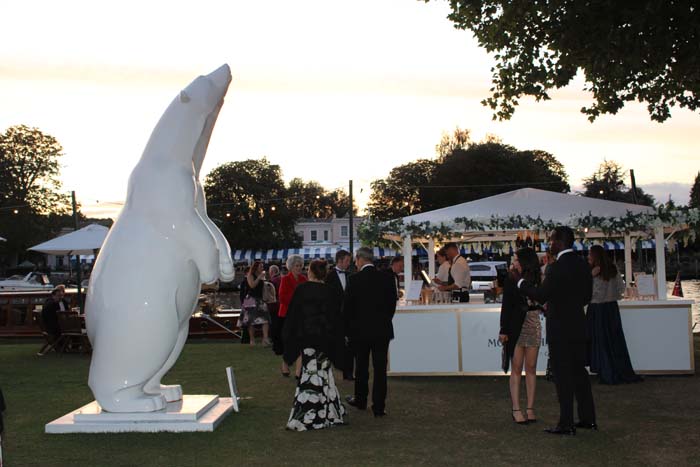 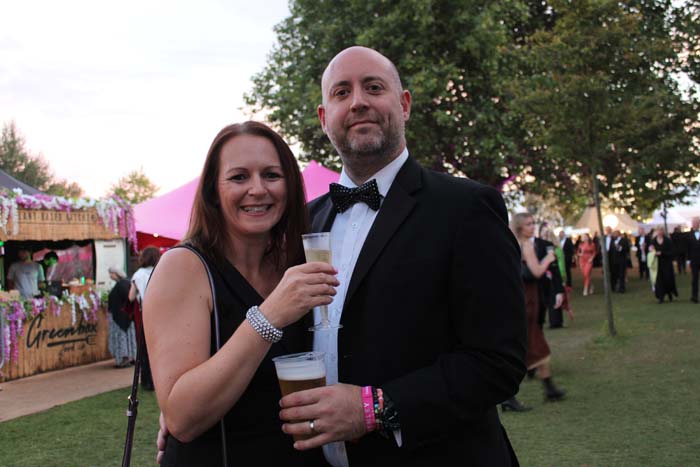 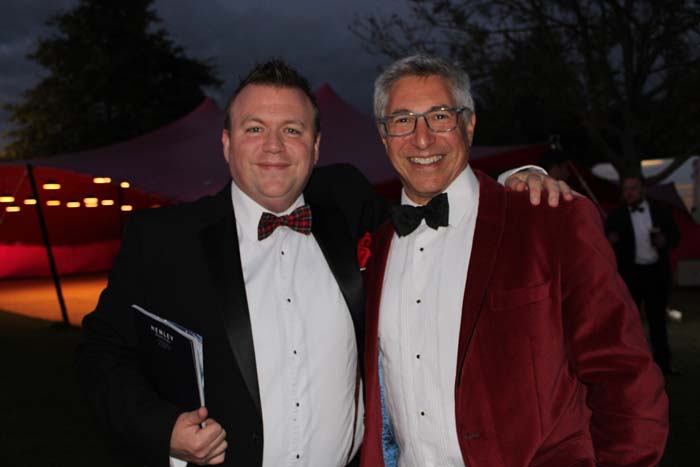 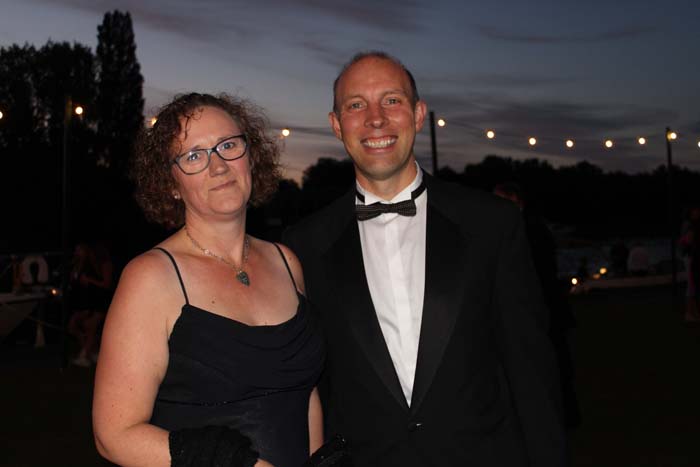 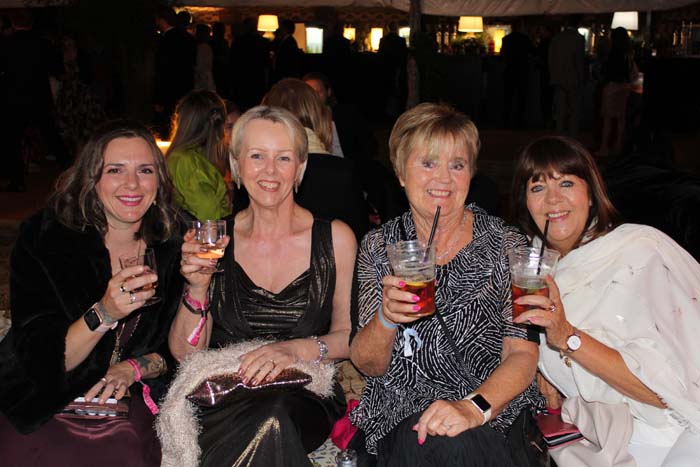 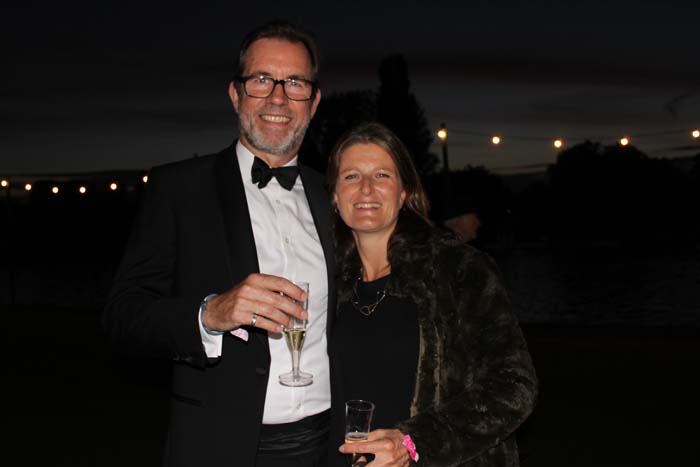 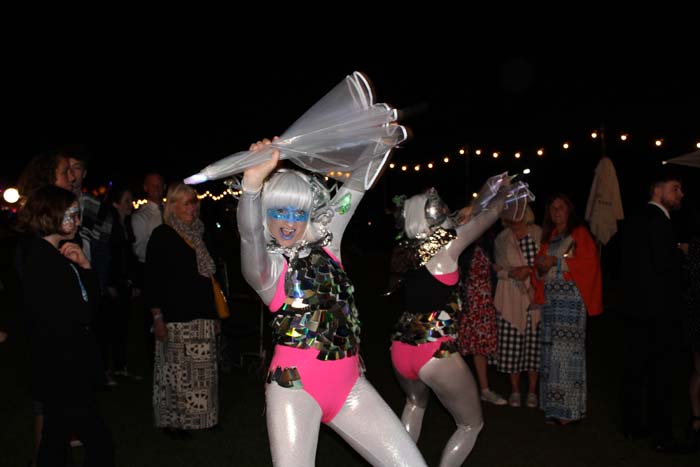 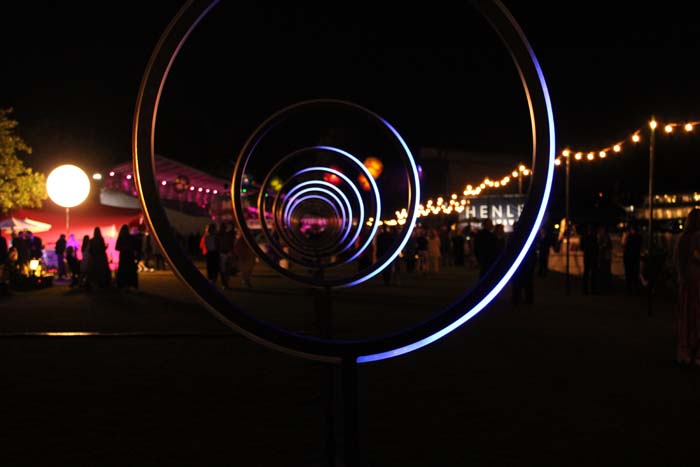 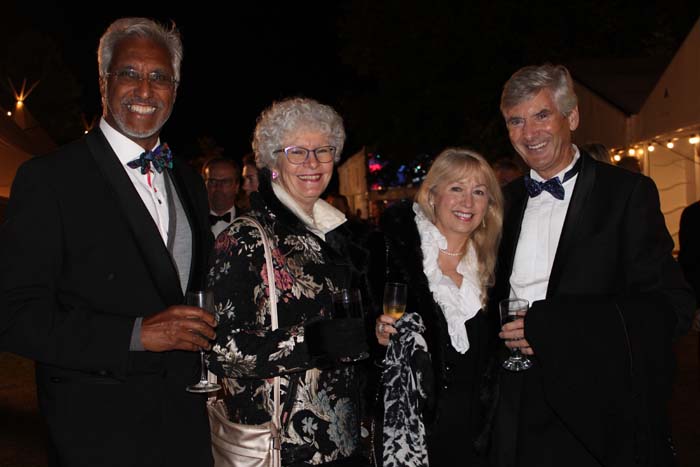 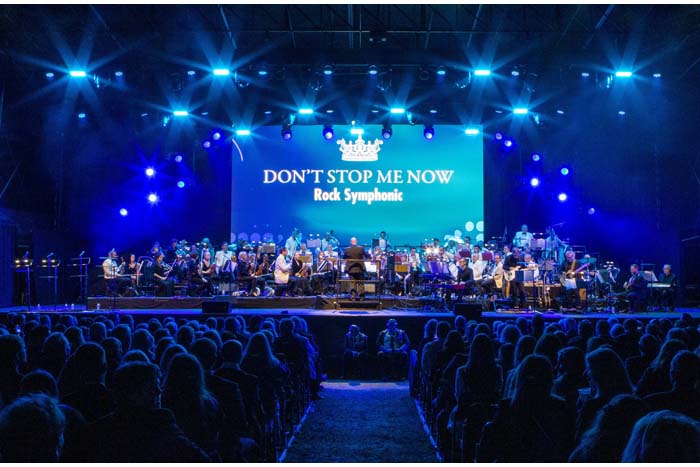 The show opened with the orchestra conducted by Steve Sidwell playing a TV and film soundtrack medley which included the A Team, Ghostbusters, Chariots of Fire and Rocky.

Sharon opened the set with Girls Just Want to Have Fun by Cindy Lauper followed by I Should be So Lucky by Kylie Minogue.  Rob then performed Candle in the Wind by Elton John with the audience turning on their phone torches.  Afterwards he said, “You guys are beautiful, I want to marry you all.”

Next up was a Bee Gees Medley which got the crowd on their feet – Staying Alive, Jive Talkin’, More Than a Woman, Night Fever and You Should be Dancing. This was followed by a Donna Summer medley of Hot Stuff, On the Radio, No More Tears, Last Dance.

The foursome then performed a medley of Abba songs starting with the lesser known Angeleyes.  Before the next song, Rob said, “In the words of Piers Brosnan, everyone has to succumb to Abba”  they then sang Mamma Mia.  Winner Takes it All from 1980 followed and the medley finished with Waterloo.

The last medley of the night was the best and it saw the artists really show off their vocal range singing classic Queen songs starting off with We Will Rock You with not only the audience clapping but most of the orchestra and then Killer Queen.  A slightly false start to Bohemian Rhapsody to get into the right key, then became the best performance of the night with the audience getting their moment to sing alone too!  The medley finished with the classics Don’t Stop Me Now and We Are the Champions.

The audience as always called for more and an encore.  Rob said, “This is definitely not planned.  You’ve been incredible.  It’s been absolute joy to stand here tonight.”  They decided to give another performance of Waterloo by Abba to close the show.

50 ‘heroes’ that were nominated for their hard work during the pandemic were offered a pair of tickets and included teachers and NHS workers on Sunday evening.  NHS and Key workers were also offered concessionary rates for the evening to say thank you.

Former Henley Festival Artistic Director, Stewart Collins thanked all the technical and support team to put on the Festival in such a difficult time, the sponsors and the audience for coming each night.

Henley Festival CEO Jo Bausor said, “When I looked out at the queue just before 5pm last Wednesday and saw a throng of happy smiling faces, delighted to be dressed up and out it was absolutely wonderful. The Festival went better than any of us dared hoped for and given the challenges we’ve had to face over the last 18 months, the team did the most amazing job – my favourite quote from an email thanking us simply said ‘Team Henley Festival, you smashed it!’ and I couldn’t have put it any better myself! I’d like to thank Henley Royal Regatta, our sponsors, patrons and friends of the Festival and of course the general public for their support and sticking with us. It’s our 40th anniversary next year and we want to build on our success of this year to put on an even more spectacular event as well as launching an exciting new charity initiative.”

Badgemore School Appeal for Charity of the Year
Scroll to top