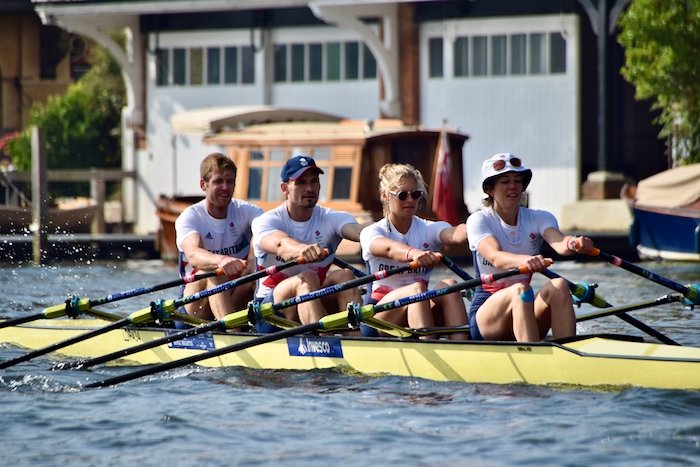 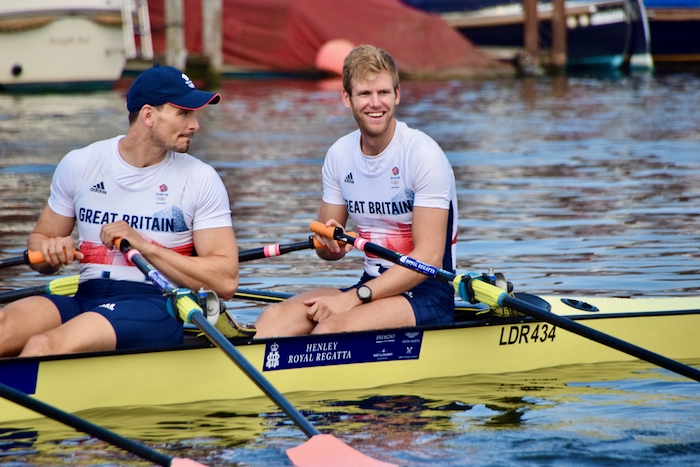 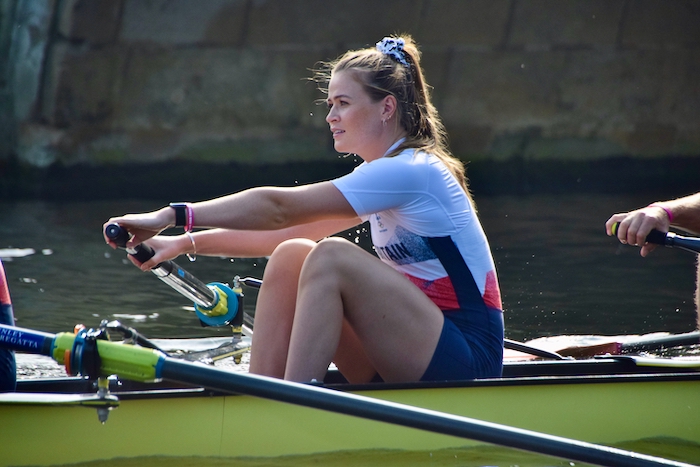 Two months after the Tokyo Olympics began, and two weeks since the Paralympics’ closing ceremony, Henley’s athletes were able to celebrate their achievements at last Saturday’s Heroes’ Return. The event provided a perfect opportunity for the athletes to look back on their time in Tokyo, and we spoke to four rowers — Harry Leask, Emily Craig, Rebecca Shorten and Maddie Arlett — about their Olympic adventure.

Despite the absence of supporters and the limitations caused by Covid, Harry Leask (silver medallist in the men’s quadruple sculls) didn’t feel robbed of the Olympic experience. “Tokyo was amazing,” he said. “It was everything I wanted it to be and as special as I dreamed it would have been. With everything with Covid around it, I was scared that that would have been lost and it wouldn’t have felt like this big amazing thing that I’d just worked countless years towards, but it was very special. And obviously, having a silver medal makes it even more amazing.”

Reflecting on his historic silver — the first ever Olympic medal for Team GB in the men’s quad event — Harry said, “I think going into Tokyo, we knew we had the ability if we rowed a perfect race that, yes a medal could be on the cards. But obviously you can’t take anything for granted. We had the belief; we just had to make it work, and thankfully we did.

“I still struggle to put into words quite how it felt, for one, to be at the 1k mark and be leading. But then even still, crossing the line and coming second was truly something else. To start, Jack [Beaumont] and Tom [Barras] didn’t believe we’d come second. It was me and Angus [Groom] celebrating and they didn’t even trust us; they wanted to see it come up on the screen.”

Emily Craig, who missed out on a bronze medal in the LW2x by just 0.01 seconds, expressed mixed emotions about her time in Tokyo. “It was a weird combination of the most overwhelming and underwhelming experience of my life,” she explained. “The village was incredible, wandering around seeing all the other athletes, going into dinner and going, ‘oh there’s Djokovic’. That, juxtaposed with going to the regatta and it being quite normal with seeing familiar faces — the same people you race day in and day out — and it being an Olympic final and feeling so nervous for that, but then it just being a 2k race and then it was over, and we were fourth. It was like, ‘oh right, okay, it’s done – now what?’”

Rebecca Shorten, who finished fourth in the women’s coxless four, said, “It felt weird going out because it was a very different Olympics to anything else. It didn’t really feel like the Olympics until we got there and were in the village with so many different athletes, and that was amazing. Obviously, it was really strict but we had been used to that so it wasn’t too much of a surprise. Tokyo itself was amazing and the people were amazing.”

Maddie Arlett, the spare for the lightweight women’s squad, had a slightly different Olympic experience to her teammates as she did not compete in an Olympic event (though she did win the spares race). She recalled, “I was chief supporter, so it was really nice to see it from the outsider’s point of view. I didn’t have the nerves or the fear so I could just soak it all in. It’s a shame that the regatta was like a normal race — it wasn’t like the Olympics — but everything around it was amazing and huge.”

The biggest downside to the Tokyo 2020 Olympics, the athletes noted, was the lack of supporters. As Rebecca explained, “You would row past and look at all the empty stands and think, that’s where people should be, but we couldn’t have it.”

Harry agreed that it was a shame not to have loved ones at the event, but ultimately still feels that his Olympic dream was realised. He said, “The number one thing that it took away was friends and family being able to be there to share it with us, and yes it would have been nice to be able to stay after to enjoy other sports and see Tokyo, but to me now it feels as special as I hoped it would do. I don’t feel like anything has been taken away from me.”

Saturday’s Heroes Return gave supporters and athletes a chance to celebrate their achievements, rounding off the Olympic cycle. Emily said of the event, “It’s a bit weird because it feels like a very, very long time ago that we came back from Japan. It’s quite nice feeling in a slightly different place emotionally about everything and being able to celebrate it with a bit more distance.”

Maddie said, “It’s another opportunity for family and friends to come and see. A lot of people are local so they can pop over and see us. It’s nice seeing everybody again because we’ve all been apart for a while, and we’ve not seen the Paralympians so to see them and congratulate them has been nice.”

Whilst Emily has yet to make her mind up on the next Olympic cycle, Harry, Maddie and Rebecca all intend to carry on to Paris in 2024. Harry stated, “Paris 24 is the next goal, so it’s basically straight back to training. Yes, I have a silver medal but that that gains me nothing in this next Olympiad now. It’s all back to the start again, back to selection and on to Paris hopefully.”

Rebecca joked, “I think I’ll try to carry on, hopefully. I’m a bit unfit at the minute, so it seems a long way off!”