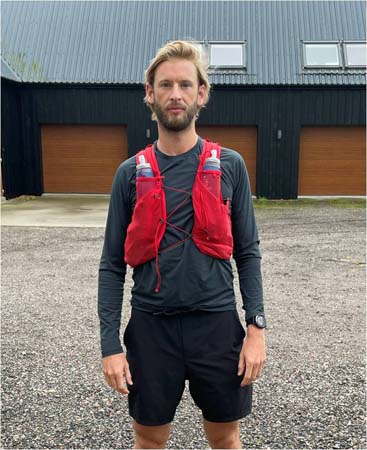 David Kirk from Henley and two former Leander rowers, Tim Clarke and Charles Cousins are racing in the Ultra X Jordan, a multi-day ultramarathon across the Wadi Rum desert in Jordan next week.

David, Tim and Charles will be joined by 5 other runners in their team who are hoping to raise £15k for two great charities; Brain Tumour Research and Young Minds UK.

David said, “Having been to school in Reading and University I have always enjoyed sport. However, having been rocked by the impact of ill-mental health in my family, I have found that the sport of Ultra running has helped me see perspective on myself, my life and what is important. It has made me realise that the only thing worth missing out on is yourself. A large part of this has been the purpose, sense of community from within the running groups and autonomy of training and racing alongside other things going on in my life! Equally this challenge seemed like a reasonable way to ask people for donations to two charities close to me.”

Brain Tumour Research is on the quest to find a cure for a cancer that takes more lives for those under the age of 40 than any other cancer. David comments, “It’s one that’s affected us deeply.  Team mate Luke sadly lost a Mother last year to a brain tumour and one caused another team mate, Chris’s mum to become severely disabled since he was four years old.”

Young Minds Together is also fantastic charity that provides youth the advise and support they need with their mental health and when they need it.

David only ran his first marathon in lockdown last year which was a 125km two day event. Prior to that the furthest race he had run was a half marathon including Henley Half Marathon!  David hasn’t really had much training in high temperatures, he comments, “Due to COVID we have not been able to heat train in chambers as advised as they are all closed. That said, I did go to Ibiza for a week about a month ago which gave me a huge shock to the system. Unfortunately the actual benefits have worn off so I am certainly going into this without any climatisation. I hear the temp is 45 degrees out there.”

If you would like to donate to David’s cause go to https://uk.virginmoneygiving.com