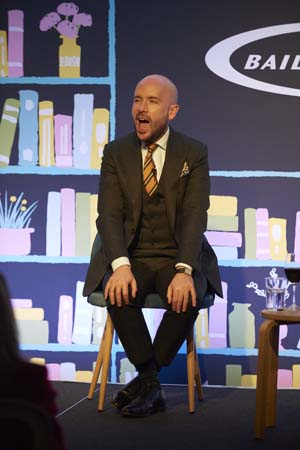 Comedian, Tom Allen delighted the Literary Festival audience last night with his humour and insight into his life growing up as closeted gay in suburban Bromley in the 1990s.  His book No Shame, a queer life in suburbia retells comic and heart-breaking stories of how he tried to fit in.

His opening line after being asked whether he’d done a book festival before he replied, “No my book came out in lockdown so I haven’t done any of this bull****.”  Asking who the sponsors THP Solicitors were, he replied, “Thank god I love solicitors.  It’s only a matter of time before I need one!”

Asked why he wrote the book, Tom answered, “Well I was a precocious child and teenager and used to write a diary and I was waiting for someone to ask me to write a book so that I could use these.  Growing up feeling I was an outsider, it was a great way to connect with those who feel the same way.  It felt a really positive thing to write.”

Tom described Bromley “as the opposite of Sex in the City/New York as there no sex in the town and you go there to die.”

Regaling his trips to New York and going into his first gay bar, many things in his life were never as he imagined them.  He said, “When I went into my first gay bar I was terrified.  I walked into a bench and then tried to hide my hurt and quickly left.”

Tom liked to dress in Victorian clothes when he was younger and a drama teacher encouraged him to become a butler, who he thought was a good role model, for a friend’s visit which went horribly wrong (no spoilers here).

Not going to university out of choice, Tom’s first job was at a golf club in charge of the dessert trolley.  He had lots to say about golf clubs, their members and rules.  He said, “Golf club members are on the threshold of being a snob or thinking about being a snob and then acting on their own disdain.”

Going on a course at the National Youth Theatre saw Tom start to relate to others.  He first came out to a friend there, hoping he was gay too but sadly wasn’t.  He struggled with relationship break ups in his 20s with friends asking why he couldn’t get over it.  Tom felt that was because he missed out on the normal teenage dating years.

Tom said lots of people ask why he keeps going on about being gay.  He said, “The voice of social media! Those people would turn up at a public hanging in the old days.”

His first comedy gig was at Bethnal Green Working Men’s Club after a friend dared him to do it.  Tom explained, “Some people liked it.  It was interesting being an outsider and then I became addicted to it.  Then I did some newcomers’ competitions.  Being an eccentric I leaned into my weirdness and celebrated it.”

Nearing the end of the interview, Tom asked if anyone could hear bells and was it a sign?  An audience member asking a question politely told Tom that Monday night was bell ringing practice and then he made a joke about campanology being very fitting.  Asked whether he would like to do Strictly, Tom replied “Yes, I would love the costumes and to learn to dance but I would struggle with those spiral stairs.”  Who would he like to play in Downtown Abbey? He immediately replied Thomas the butler but then rethought and said the Mum as she didn’t do anything.”

There’s still some great events to go to this week at the Literary Festival, to check out the programme go to https://henleyliteraryfestival.co.uk/ 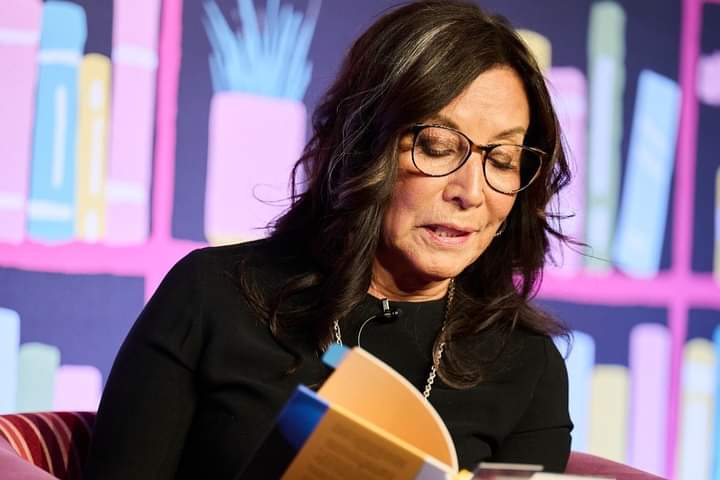 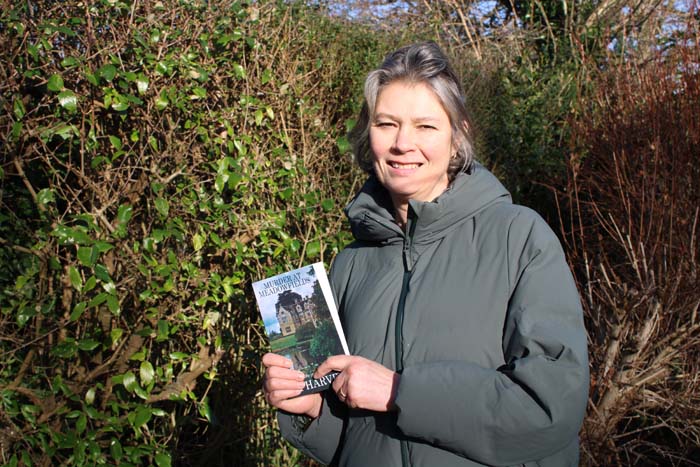 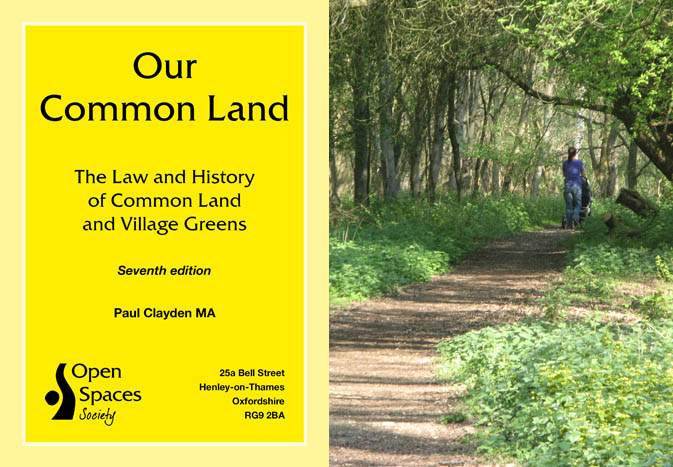 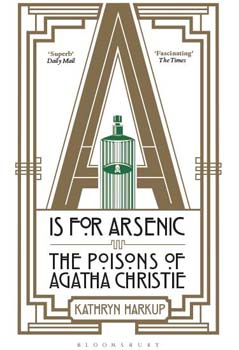 U3A Talk – A is for Arsenic