On Monday (11 October), Henley Hawks met Angels at Braywick Leisure Centre in the Premier Division of the Maidenhead League.

It was a fierce battle from the whistle with Angels winning the toss and scoring every time the ball came into their possession. This left the Hawks trailing 10-4 after the first quarter.

Hawks centre court players Judy Goforth (C), Sammy Coff (WA) and Clare McCarthy (WD) pushed hard in the second quarter, working the ball nicely up court to Hawks shooters and resulting in some great goals being scored. This helped feed confidence within the Hawks and increased momentum going into the third quarter.

Both teams continued to battle it out for goals with play moving fast across the court between Hawks and Angels. Meanwhile, Hawks defenders Lydia Johnston (GD) and Chanti Stubbs (GK) worked well in the circle and kept strong pressure on Angels shooters.

In the final quarter Totie Southwell (GS) and Katie Bayfield (GA) continued to work hard together as they fought for goals, scoring numerous rebounds and penalty shots. Unfortunately this wasn’t enough to secure a win for the Hawks, leading to a final score of 31 – 21 to Angels. Against an onslaught of scoring, Hawks displayed some superb netball and a great game was had by all.

On Wednesday (13 October) it was the turn of the new and developing Henley Hawks 2 to take to the court in Division 4 Maidenhead League. It’s been a tough start to the season for the new team but they are growing stronger, which was evident this week when they faced Dean Dreamers in a closely contended battle.

After a tentative start to the first quarter, Hawks began to find their feet as they got to know their opposition and displayed some impressive netball skills. The quarter was end to end with the centre court players Sophie Surman (C), Holly Maddock (WA) and Juliet Machan (WD) fighting hard to win the ball and leaving Hawks only trailing by 3 goals going into the second quarter.

Taking the positives from the first quarter and adding Nikki Stubbs into the attacking group, the Hawks fought back.  Defenders Helen Hanley (GD) and Bethany Caunter (GK) came into their own, strongly protecting the circle leaving the Hawks finishing the quarter just one behind. The score was 11-10 to the Dreamers.

Into the third quarter Dreamers knew they had a fight on their hands.  Everyone worked hard to maintain possession and keep up the momentum.  The goals were end to end with some great interceptions and play from both sides.

The final quarter was a fierce example of the Hawks’ fighting spirit. The centre court players worked hard to keep the ball moving into the circle, resulting in some great long distance shots from Belle Tebbutt (GA) and Lauren Maddock (GS).

Unfortunately this didn’t lead to the elusive win but with a final score of 21-25 to Dreamers the Henley Hawks 2 are getting closer every week.

Henley Hawks would like to give thanks to their sponsors: Lady Sew and Hart Street Tavern. 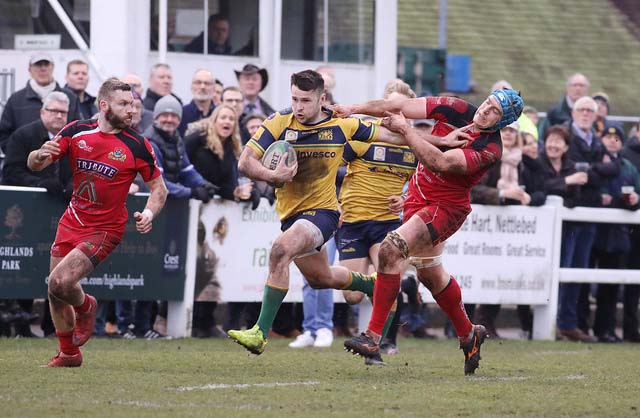 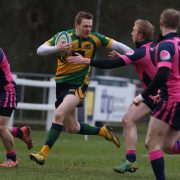