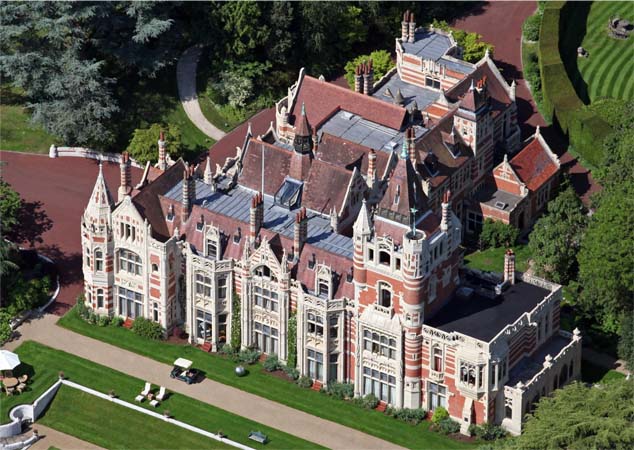 Scott Cardinal who writes and lectures about Architectural History & Design Psychology has just completed a series of videos about Friar Park.

The fascinating videos chart the history of Friar Park from it being built by Sir Frank Crisp as his country home in 1900 at a cost of £150K (approx £20m in today’s money) through to the purchase by George Harrison in 1970.   Behind the closed gates on Gravel Hill, the videos really give you a greater understanding of how grand the whole estate is from the beautiful gardens, lodges to the stunning main house. Using photos and an old visitors’ map, the videos provide an in depth knowledge of the architecture of the buildings both inside and out, who lived/stayed there and the amazing layout of landscaped gardens which include a lake, bridges and secret caves and a tunnel under Gravel Hill.

Scott said, “I’ve been interested in historic homes, buildings, and gardens since I was a kid. Especially English country homes. I studied architectural history, design psychology, and urban planning in college, and have been writing and lecturing on those subjects ever since.

“Over the course of my life I have collected old magazines in order to look at the old ads, and articles. While growing up I would just sit on the floor in my bedroom and grab them one by one, and go through them while listening to music. Because I would either start at the back, or just open pages randomly, I rarely, if ever, looked at the front covers.”

Many years ago I was going through one old magazine and I came upon a page that had a photo of an incredible house. I had never seen anything like it before. I knew right then and there that I wanted to learn more about it because it was absolutely beautiful. The photo was of the house at Friar Park. It was after becoming interested in it that I learned that it was owned by George Harrison. The article was in People Weekly Magazine from March 24, 1986. Madonna & George Harrison were on the cover. I still have that magazine to this day.”

Scott has been working on a very big book about Friar Park for many years.  Because he knew he would take a long time to finish it, he decided to write a few other books that could be published quicker, including some filled with vintage postcards, and even a couple of colouring books for fun.

He comments, “Because the world has changed so much, and people aren’t reading books as much as they used to, I also began putting together some videos and making them available for free online. One of them has gotten nearly 200,000 views so far. I began producing a documentary on Friar Park many years ago. Unfortunately, because of what happened in 2020, the idea of travelling around to film festivals – as I had done with other documentaries I produced – simply wasn’t going to happen.”

“So I started uploading it in sections on YouTube and other video platforms in order to see what people thought of it. It is my hope that someday I can offer it to animal-rescue groups in the UK and USA for their fundraising efforts which can include my giving a personal introduction and then doing a Q&A after about the documentary and Friar Park itself.”

Millions of people around the world would love to be able to visit the estate.  Many tourists come and take photos of themselves in front of the main gates.  Scott comments, “We have no idea what George Harrison wanted to happen to the estate. Only his wife and son – and those close to them – know that. He may very well have said that he never wanted a single person to place a single foot on the estate ever again. Or he may have said that he wanted it to be like Elvis’ Graceland with tours someday. No one has told us either way so we do not know.   If they did open it for tourists to enter, it would probably overwhelm Henley.  If that day were ever to come the smartest thing for the estate to do would be to pre-sell a certain number of entry tickets for each day so at least it would be known how many people would arrive in town on any particular day and the town can plan for that.”

“Alternatively, it would be absolutely wonderful if another documentary could be produced that can show the things that I never could. My documentary showcases the history of the estate. But the estate of George Harrison could easily arrange to bring in a professional camera crew to show the house and gardens as they are today, and over the course of all the seasons, including, of course, grand tours of the alpine and water caves. People around the world would love that.”

If the estate of George Harrison ever did decide to produce their own documentary about Friar Park, Scott would be “very happy to give them an outsider’s perspective that they might possibly miss otherwise.” He added, “In  fact, if they ever did ask me, my first recommendation would be for them to think about the future. Imagine people around the world putting on virtual reality goggles and from the comfort of their own homes they can experience what it is like to walk through the home and gardens at Friar Park. And imagine holograms of Sir Frank Crisp and George Harrison being the tour guides. I’d love to write an audio tour to accompany that!”

Scott’s website AudibleAdventures.com offers audio tours of the historic homes, gardens, and work spaces of the world’s most creative luminaries.  You can watch the first Friar Park video below. 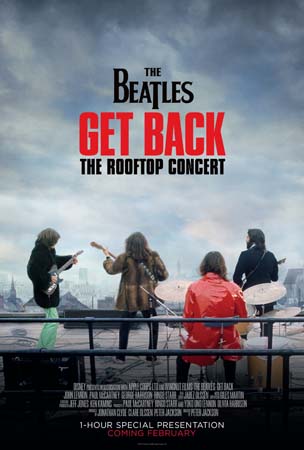