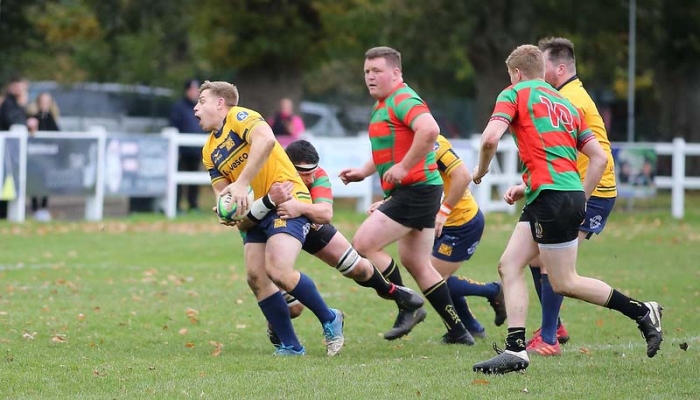 After the break for Christmas, rugby gets back into full swing this weekend and the Henley Hawks are on their travels for their latest National 2(South) fixture. On Saturday the Hawks travel to the Midlands to take on Hinckley RFC. Kick off at Hinckley’s De Montfort Park Ground is 3pm.

The players, members and supporters of the Hawks should look forward to the second half of the season with relish as it promises to be an exciting challenge. The Hawks currently lie in fifth place in the league table, but only eight points behind leaders, Redruth who are the visitors to Dry Leas next Saturday (15 Jan). Redruth are two points clear of Clifton and three ahead of Esher. Worthing are fourth, just one point ahead of the Hawks. It looks like the honours at the end of the season will come from one of those five sides so there is all to play for.

The week before Christmas, the Hawks were lauded across the rugby world for their sportsmanship in their game at Barnes. In the last minute, with the scores tied at 17-17, Henley were awarded a penalty and a kickable chance to win the game. However, with a Barnes player lying injured, the Hawks sportingly kicked the ball into touch to end the match, a magnificent gesture of sportsmanship which shows just what the game is all about.

Between now and mid February, the Hawks play leaders Redruth home and away, as well as having away games at second placed Clifton and third placed Esher. This period will be season defining for the Hawks and skipper Jake Albon and his side will want to hit the ground running at Hinckley.

Hinckley RFC had a difficult start to the season but have since consolidated their position with some good performances, notably a 28-26 away win at Worthing. They also beat the Hawks at Dry Leas back in November 38-21. They currently lie in 12th position in the league having won five of their thirteen fixtures to date.

There is plenty of rugby to enjoy that involves Henley teams this weekend.

As well as the Hawks, the Henley Bulls (2nd XV) also have a home league game against Richmond Normans. Kick off is 2pm.

The Henley Vikings team were awarded the Tribute Oxfordshire Team of the Month Award for December 2021 and finished the year top of the table.

On Sunday, the Henley Hawks Women also have a League game and travel to take on Buckingham Swans. Kick off is 2pm.

The Henley Herald website provides an up-to-date and unbiased digital news service for
Henley-on-Thames
Have Your Say – Collaboration Between Councils on Riverside Developme...