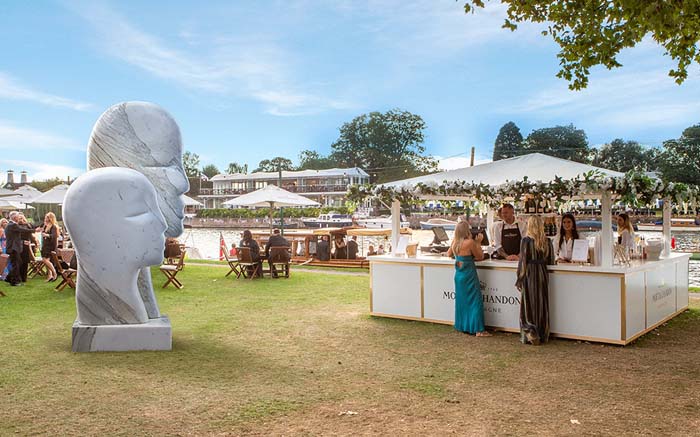 Henley Festival is thrilled to reveal the ground-breaking visual arts programme for its 40th anniversary celebrations. The Festival is world renowned for curating a vibrant programme where visual art – alongside comedy and gastronomy – share equal billing with music: and this year is set to be the biggest year yet.

Bringing visual art to the forefront, this year’s programme will continue Henley’s reputation for breaking the mould of traditional art displays at festivals with more than 350 works from fine art, ceramics and sculptures to photography, prints and paintings – by some of the UK’s most talented artists, photographers and galleries.

Turning the traditional art fair concept on its head, for the first time Henley Festival have partnered with leading art consultants Hollandridge Group to curate the art and sculpture at this year’s 40th anniversary edition. Hollandridge – who are based near Henley and work in the private and commercial sectors sourcing art works from established and emerging artists to suit a variety of budgets – have an extensive, international database of artists, galleries and works of art including paintings, photography, sculpture and drawings.

The collection will be situated over two main spaces on the green banks of the Thames – The Ruby Gallery and the Festival Gallery – exhibiting works from established galleries such as Jenna Burlingham, Zuleika Gallery, Panter & Hall, Rebecca Hossacks, and the more recently founded Air contemporary as well as the Hollandridge Group. Artists include established Modern British names such as Edward Seago and Patrick Heron and contemporary creatives including Holly Frean, Rob and Nick Carter and Marcus Hodge.

This year’s sculpture garden will feature over 30 monumental installations, including work by the acclaimed Johannes von Stumm, Frippy Jameson, Tom Waugh and physicist Andrew Chisolm. A favourite among distinguished interior designers including Tom Dixon and David Linley, Paul Vanstone will display some of his pieces inspired by how the qualities of stone can be transformed to portray the curvature of the human body.

Influenced by contemporary and urban art, Whitsable’s Tommy Gurr will share his large scale, striking canvas artwork with Festival goers, whilst the award-winning Holly Frean will dazzle audiences with her quirky, humorous takes on the subjects she paints: from well known figures from art history, or dogs.

Also appearing will be Biddy Hodgkinson – the former Artist in Residence at Lincoln Cathedral commemorating the 800th anniversary of the Magna Carta – who will be showcasing artwork inspired by colour and texture, and the acceptance of ageing and death. Abstract work inspired by Marcus Hodge’s travels in India will also be on display, portraying themes of spiritual liberation.

The Festival also welcomes married artist duo Rob and Nick Carter, with paintings, photography and light installations, centred on the boundaries between the analogue and digital, and light and colour. Their work is collected by the likes of Sir Elton John and Jude Law and it will be displayed at Henley Festival, alongside Modern British paintings, prints and ceramics from Jenna Burlingham Gallery.

Luminosi Trees are also set to appear at this year’s Festival, creating a magical forest embellished with thousands of globe lights and elegant, six foot Art Deco trees transformed into moving patterns of light synchronised to a soundscape as the sun goes down. 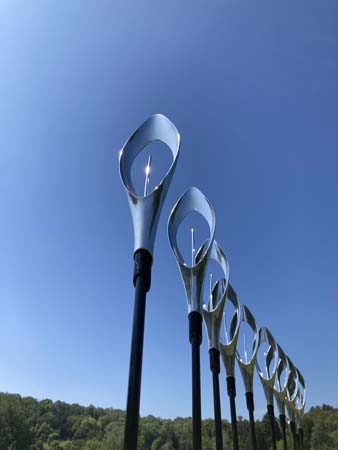