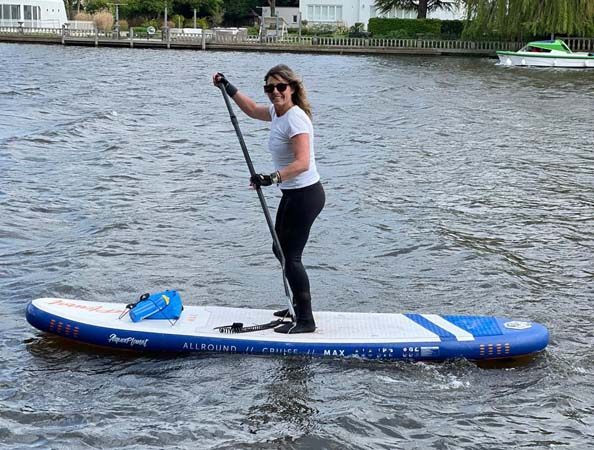 As part of her Project 90/10 to raise awareness for the charity being set up to reduce child sex abuse through education, workshops and campaigns Emma-Jane Taylor took on her eighth challenge and paddle-boarded from Henley to Marlow (10 miles) on Saturday.

Emma-Jane decided last year to do a challenge per month and started in September.  On Saturday, Emma-Jane was supported by the Henley Dragons; James, Laura, Dawn, Maria and Carley. The Henley Dragons are based at the Eyot Centre, Henley.

Emma-Jane is the Founder of StageWorks Performing Arts School & NutritiousWorks in Henley, she also works globally as a Corporate Trainer, Speaker and Mentor.
As an ardent campaigner on the subject of child sex abuse, she began her 12 challenges (one a month) for Project 90/10, to share an important message about the deafening silence on the difficult conversation of child sex abuse, and to fund-raise for Project 90/10, which has been founded in Henley.

Not having paddleboarded very far before, the paddle took Emma-Jane just under 4 hours with a lunch break. Afterwards, Emma-Jane said, “It was particularly windy on the day and at some points we felt like we were going  backwards and through treacle!” Along the way they saw familiar faces who made cups of tea and gave a cheering wave of encouragement.”

Over the next few months Emma-Jane will be raising the bar on the challenges and heading to the Jurassic Coast for a 100k walk, Isle of Wight (70 miles) and Wing Walking – a challenge she is not looking forward to! She finishes her challenges in August, which will complete her year of challenges, fund-raising and awareness campaigns. So far, she has swum the English Channel, taken part in the London 10 peaks challenge and walked a half marathon in silence amongst others.

In April 2022 Emma-Jane had her petition published by the UK Parliament. Emma-Jane is calling for a debate ‘funding to support survivors of child sex abuse, including support for people to get into and return to work’. She asks that we all sign and share her petition to help move this debate into Parliament. She would like to take this opportunity to say thank you to everyone who has supported the work she is doing on child sex abuse and to everyone who has donated and signed her petition.

To get involved, support on make contact with Emma-Jane, please visitwww.emmajanetaylor.com 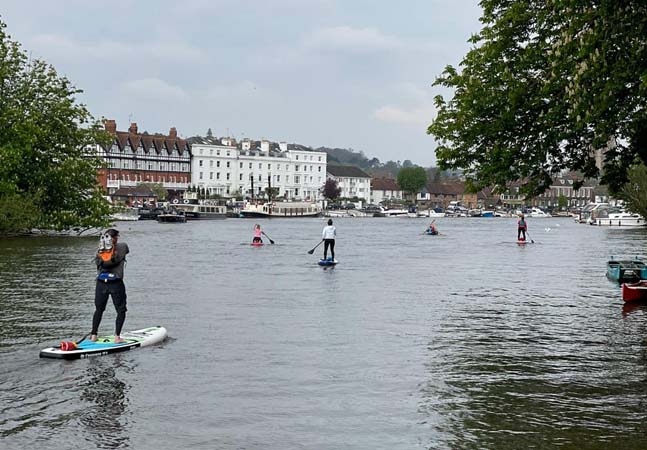 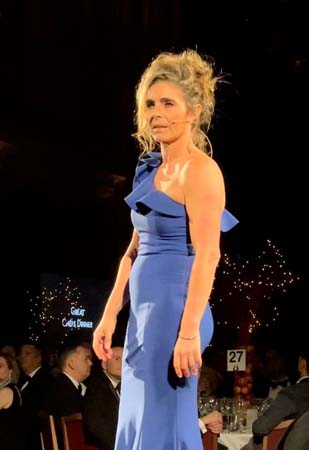