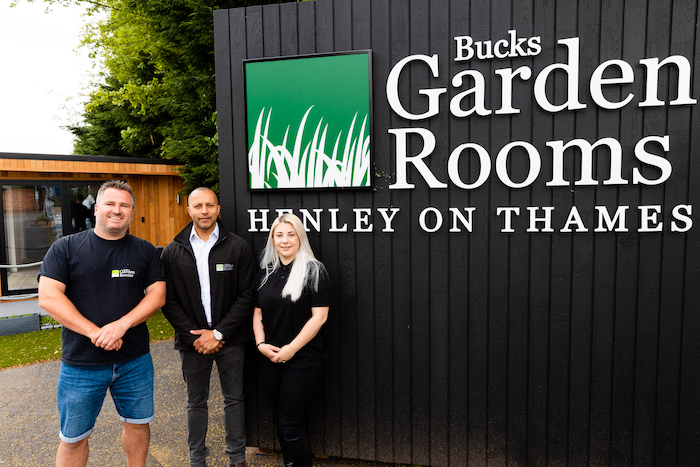 Bucks Garden Rooms are inviting the Henley community to visit their newly opened showroom at Jewson Builders Merchants in Reading Road. The company design and build bespoke garden rooms tailored to each individual client, offering everything from home offices to gyms and studios.

Bucks Garden Rooms build EPC A rated rooms specifically designed for each customer’s needs. The company will project manage the build from start to finish, and take care of all organisation to make the build as easy as possible for their clients. The majority of garden rooms don’t need planning permission as they fall under the permitted development rights, although the team can assist when planning permission is necessary. So far, the company have built a cinema room, an indoor cycling studio, a hair salon, and a rehearsal space for an opera singer, along with many a home office.

The Henley showroom is Bucks Garden Rooms’ second location, having first opened two showrooms at Jewson in Great Missenden. The business itself was founded by Richard Burns in 2020, borne out of necessity due to the Covid-19 lockdowns. Richard had previously run a building business whose primary work was in loft conversions and extensions, but when his diary cleared during the first lockdown, he was forced to find new projects. A former client of Richard’s was a hairdresser, and requested that he build her a home salon in the garden. Recognising the market for outdoor rooms, Richard began Bucks Garden Rooms, and his company rapidly grew to the point where he had four teams.

Richard said, “We can do whatever you want. The beauty of it is, say you wanted a home office, instead of heating a whole house when you’re at home, you can now heat a very well insulated room so it keeps your costs down. People who want the smaller ones as a home office, that’s exactly what they want. You’ve got a space where you can shut your work laptop or leave all your bits out; here’s your work life and your home life is there. You’ve got that separation you would have had in an office without the commute.”

Richard continued, “It’s one thing earning money as a company but the other is delivering something that people love. When the walls and the roof go on, and people see the shape it’s going to take, that moment when the customer walks round the corner and they can’t control that smile, it just comes from within when they think, that’s going to be my room — you can’t buy that, you really can’t.”

Bucks Garden Rooms are also looking to positively impact the local community by engaging in charity work and employing local people. One of the latest additions to the team is Cherry Letsome, a Henley resident whom many know as @thehenleymum on Instagram. She recalled, “I got made redundant in the first couple of months of lockdown, and I hadn’t been doing anything. I started @thehenleymum on Instagram to help local businesses — I went round loads of businesses taking photos of inside the shop. I’ve done most of the people in Henley already, doing little reels and putting them up. Next thing I know, I get a message from Bucks Garden Rooms saying: we’ve got a showroom opening up in Henley, would you like to come down and take some photos and meet us. And I said, absolutely, of course I’ll do that for you.”

Off the back of their first meeting, Richard offered Cherry a job, which she quickly accepted. She said, “It was really nice to feel wanted, and that’s the lovely thing. Everyone is just so genuine. I feel very lucky to be here.”

The team at Bucks Garden Rooms would love to invite Henley residents down to enjoy a coffee in their showroom. Dogs are also welcome and will be greeted with biscuits! 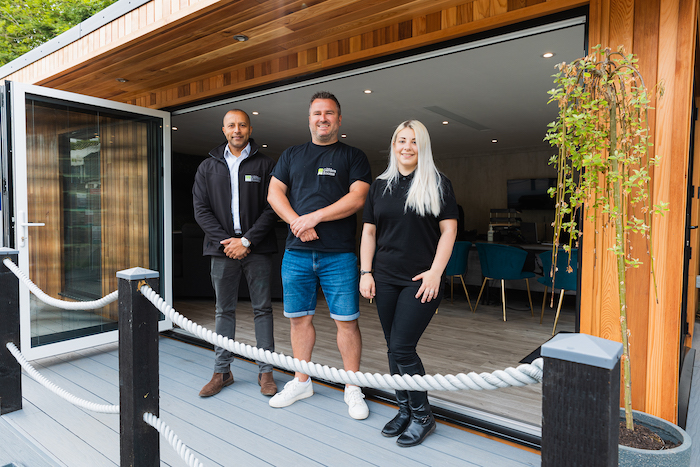