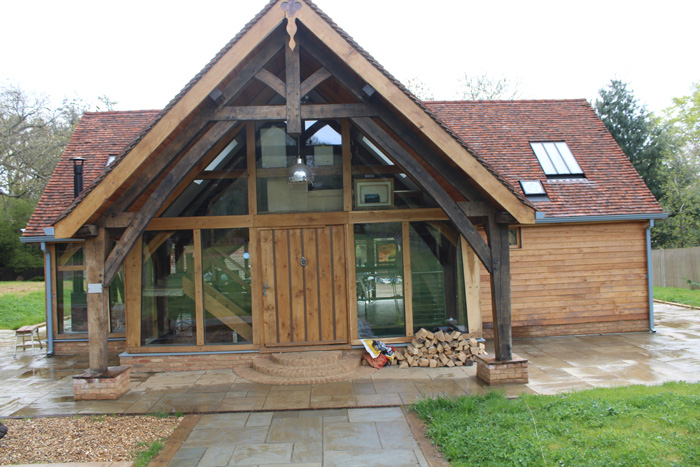 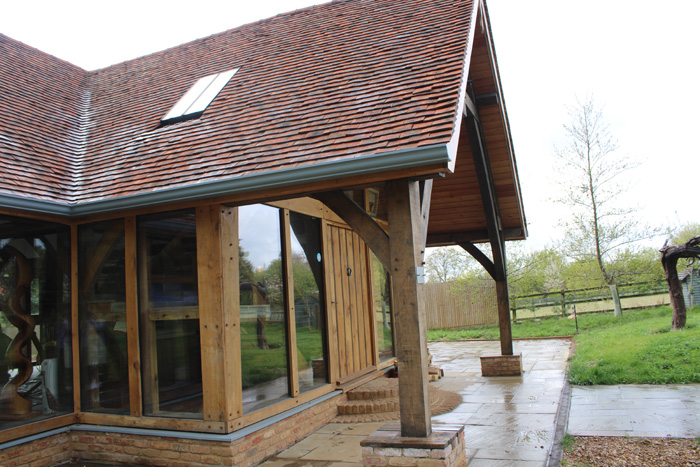 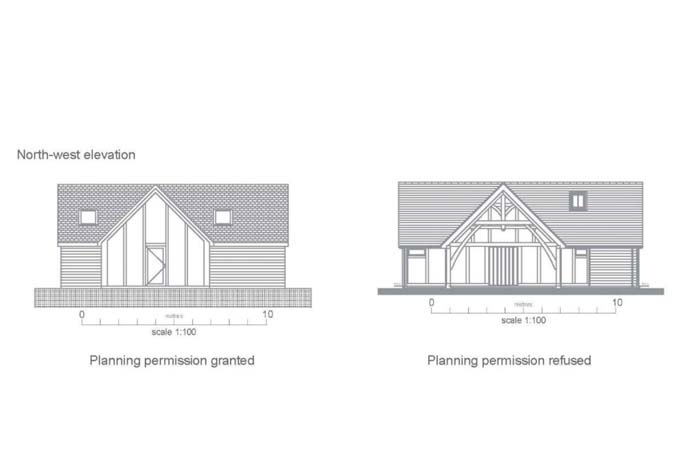 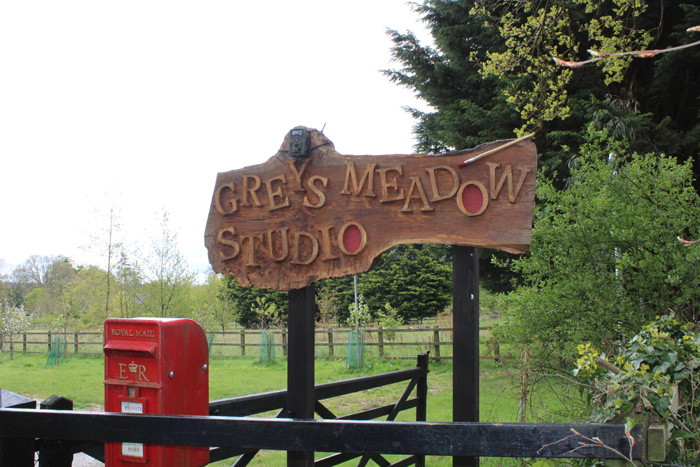 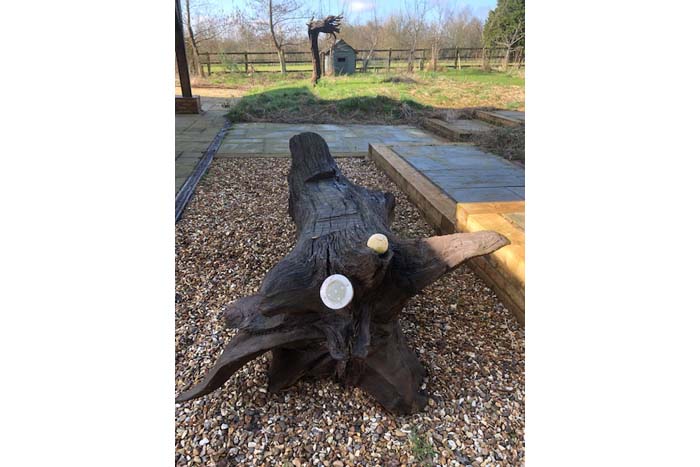 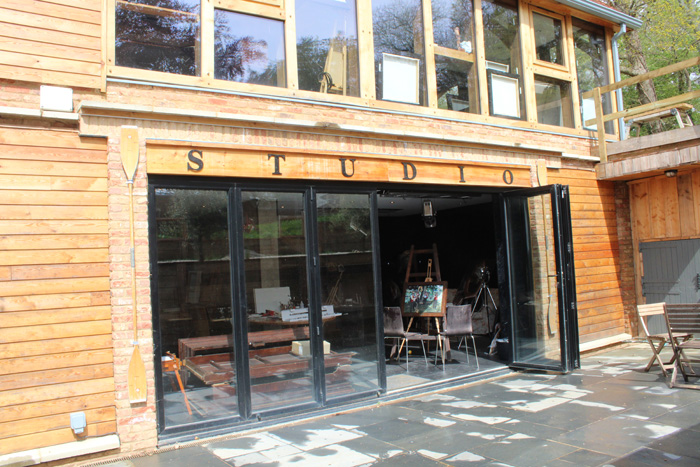 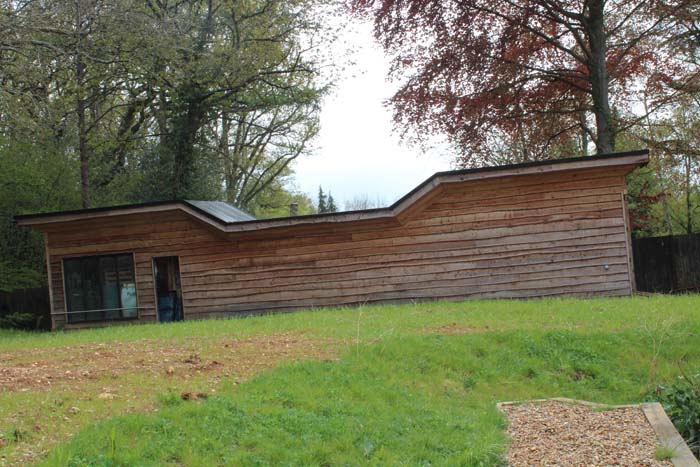 Local artist, Clive Hemsley has been left devastated after a Planning Inspector has ordered that his art studio in Rotherfield Greys be demolished and the site returned to a grass field this week. The public inquiry was called by Clive to appeal against South Oxfordshire District Council’s Enforcement Notice issued in January 2021 and refusal of retrospective planning submitted in November 2020.  The enquiry took place over 10 days held in November 2021 and continued in February 2022.

At the public inquiry a series of photographs taken by planning officers and enforcement officers from South Oxfordshire District Council (SODC) were shown during the construction of the art studio, showing a larger footprint building being constructed and in the wrong position (11 metres). The council failed to question the size, design or position of the building until after works had been completed, at which stage the council served an Enforcement Notice.

Clive was granted planning permission on two separate occasions for an art studio to be erected on his land in 2016 and 2017. The first of these planning consents was for a glass cube, to which the neighbours raised strong objections, so Clive changed the design to a traditional oak framed building that was agreed at the inquiry to be of an appropriate design in this area.

There have been a number of enforcement notices on the site.  In 2018 SODC commenced an enforcement investigation into a breach relating to the construction of an access track. The investigation was closed in January 2019 following the granting of planning permission for a temporary access for construction purposes.  In June 2019 SODC started this current enforcement order for the erection of a building without permission (storage unit) with other breaches being added subsequently including outdoor sculptures (a fallen tree trunk), a sign and a post box at the entrance!  The storage unit was a shipping container that Clive bought after three thefts of tools and a digger from the site which he had clad with timber boards to make it more in-keeping with the woodland setting.  He agreed to it being removed after the art studio was completed.

At an early stage of construction, the builders discovered an underground stream, and Clive realised that he was unable to build the structure in the approved position. He was advised to move the art studio so as to avoid disrupting the underground water course.

At the same time, Clive was contacted by local hospices and therapy groups to see whether he would provide informal tuition for end-of-life patients and local residents who needed quiet therapy sessions. Clive was delighted to assist, so he added a sloping entrance into the basement of the building for wheelchair access, and at the same time provided a porch over the front door to provide additional shelter. The grounds were set out with parking spaces near to the art studio and hard surfaced paths to get people in and out of the building.

Clive kept the Council advised of these amendments at every step but Council officers failed to respond to any of his updates or queries. Planning officers and enforcement officers attended the site throughout the build process and they took a photographic record of works being carried out. Clive said, “These council officials were made aware that the building was not being constructed as approved, and none of them raised any concerns at the time.”  A Building Inspector signed off the building in October 2020.

It was only after the art studio had been completed that the Head of Planning at SODC involved himself in the building, and the Enforcement Notice was served.

The recent appeal decision means that either of the two earlier designs for art studios on the land can still be constructed, because Clive implemented both planning consents prior to the structure being repositioned and enlarged.

Clive is incensed that the Council watched him build the art studio in the revised position and to a different design than had been approved, without raising any concerns. Clive said, “A whole series of emails and photographs sent to the Head of Planning were totally ignored and it appears that the Council deliberately waited until the building had been completed, in order to cause me maximum financial loss.”

Clive recalls when the Enforcement Officer first visited him at the site, he said that the council were well aware of who he was, and the officer said “You are the guy that put lights on Henley Bridge, and we are going to get you.” Clive had also fallen foul of the planning department when he erected a living wall on the side of his house in Henley, in support of ‘Henley in Bloom’. Despite huge public support for the living wall and lights on Henley Bridge, the council demanded retrospective planning applications be submitted in respect of both offences, and the council made it clear that they had no intention of supporting the lights on Henley Bridge. This project has subsequently been taken over by a local steering group, and following a huge amount of public support, the Council now seem to be supportive of the proposal.

The decision letter requires the art studio to be removed, but confirms that it can be rebuilt on the previously approved site. This leaves Clive questioning what possible difference moving the structure could have on the area (1.25 acres).  Clive exclaimed, “How the Council can justify the considerable waste of money, both on the lengthy public inquiry and subsequently requiring a perfectly good art studio to be repositioned by 11 metres, at a time when local authorities should be reducing costs. SODC have wasted thousands of pounds of tax payers money on this case.”

Hurricanes Warm to the Task in the Sunshine
Scroll to top