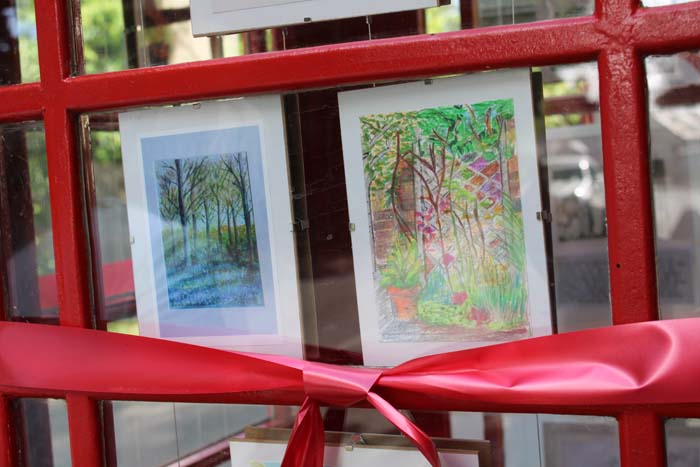 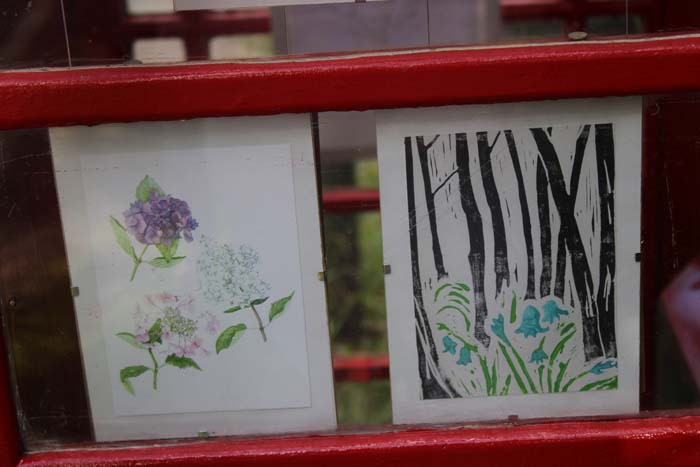 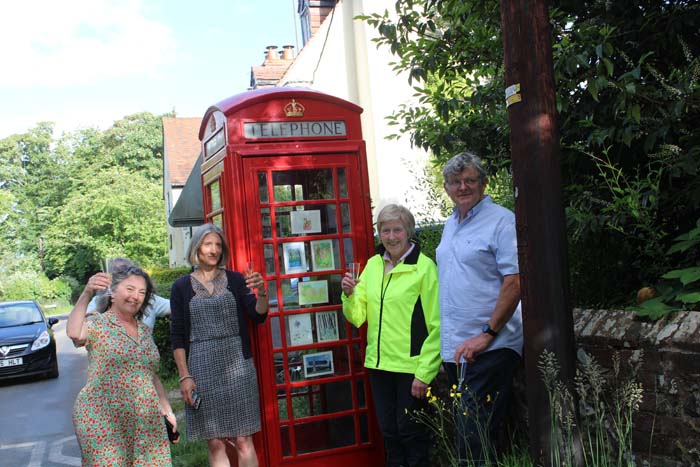 After four years of love and determination to restore the red telephone box (K6 model) at Rotherfield Greys outside St Nicholas Church, members of the restoration committee and local residents gathered for the official opening of the miniature art gallery inside the box on Friday evening.

Nicola Whittle who headed up the committee said, “It’s been four long years of restoration which has included a lot of scrapping by hand to remove the many layers of paint, re-painting and fixing the glass and adding the frames all whilst avoiding the traffic! The box was adopted by Rotherfield Greys Parish Council who bought it for £1 from British Telecom (BT) in Summer 2017 following a 90 day consultation period to confirm that it was no longer needed as a working telephone box.

The telephone box is a K6 model and was designed for the General Post Office (GPO) by an architect, Giles Gilbert Scott, in 1935. He was commissioned to design a simpler and cheaper model of telephone box than the earlier K1-K5 boxes. The K6 has more glazing panels than the previous models which improved the lighting and has a cast perforated crown.

Nicola thanked the members of the committee; Claire Howlett, Emma Turner and Rosie Clinkard (advised by Jane Pryce the then Rotherfield Greys Parish Clerk who single-handedly restored the Shepherds Green box). Jane said, “I learnt a lot when I did the Shepherds Green box and passed on my experience. It can be very easily ruined by trying to do it quickly and the paint will come off if you don’t do it properly.” The committee raised funds for materials including tools, paint and glass. Following a successful fundraising campaign involving a ‘jar at the bar’ at The Maltsters Arms pub, kind donations from villagers and a generous anonymous donor, as well as donations from local businesses based at Greys Green, the local fete and village clubs and organisations, the restoration started. New landlords at The Maltsers Arms, Brian and Ben donated a bottle of fizz too to celebrate the opening.

The miniature art gallery displays photographs and artwork from local residents and there’s also a village information poster to signpost people to other places in the village and the surrounding area.

Nick Digby, Chair of Rotherfield Greys Parish Council added, “It’s been a long, long process and we got there. Well done to everybody.” 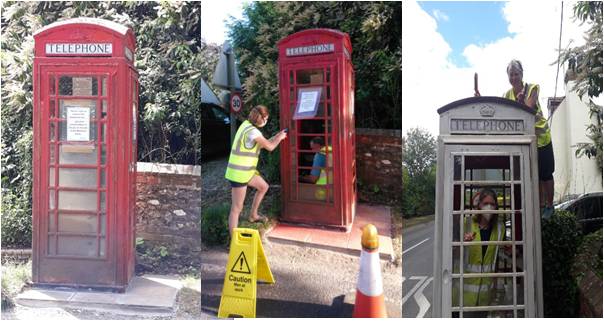