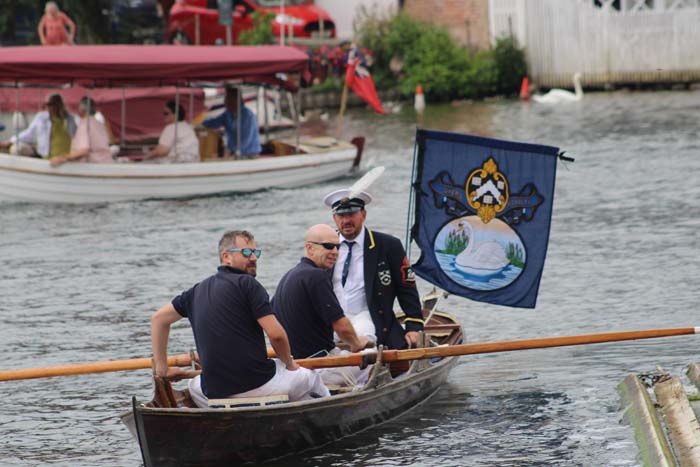 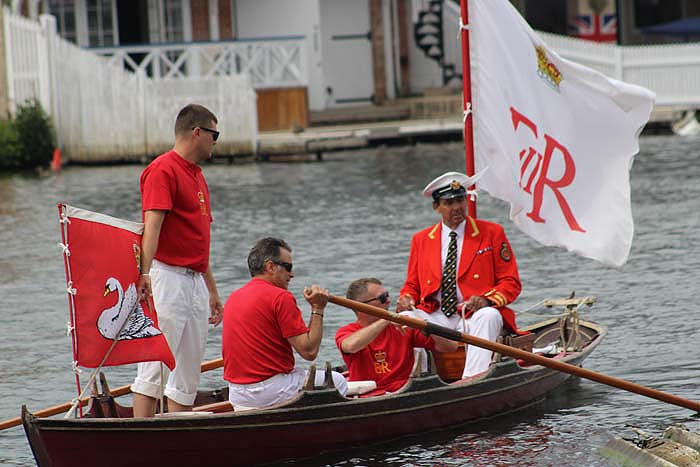 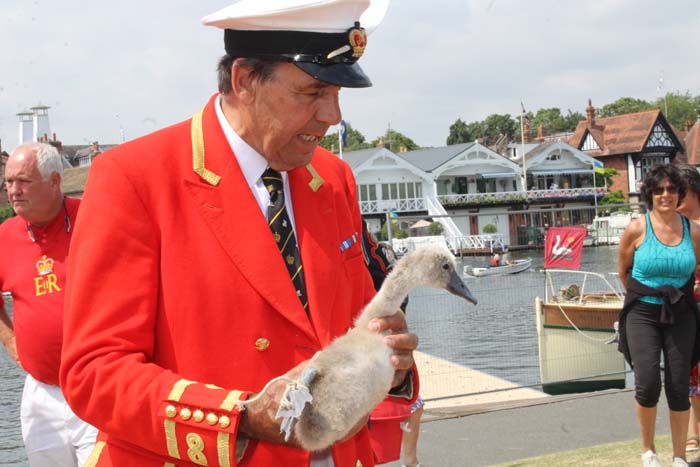 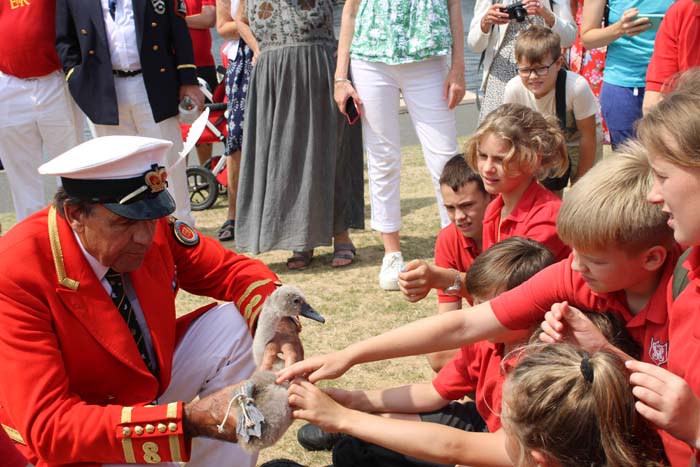 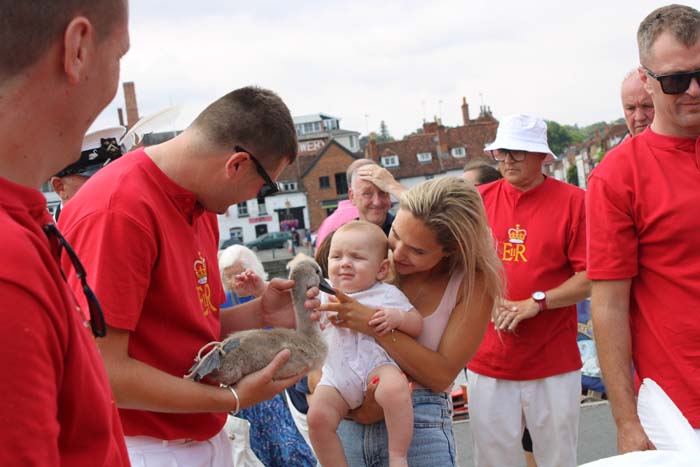 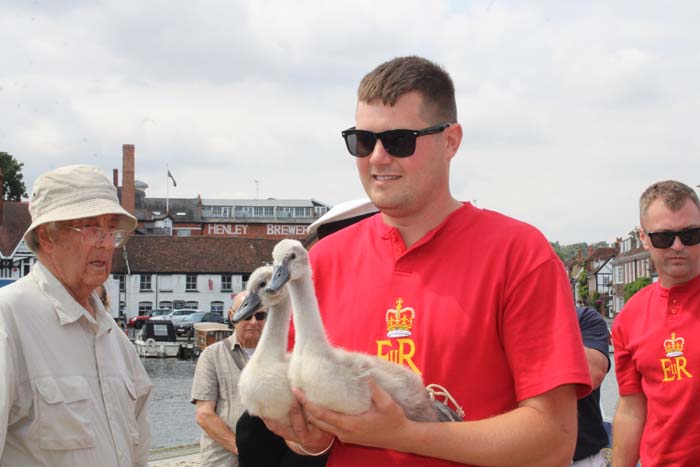 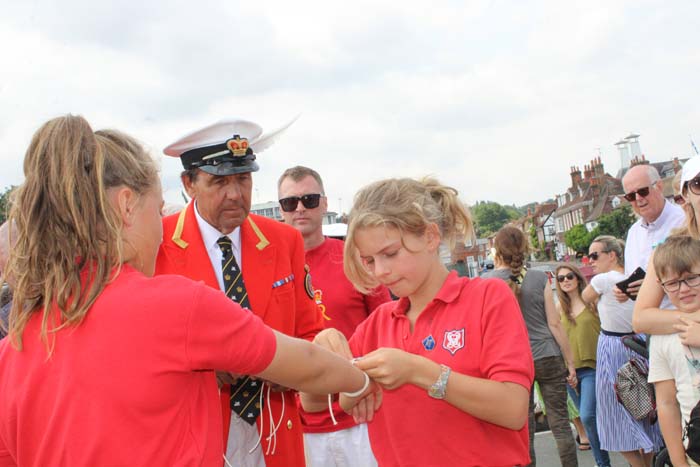 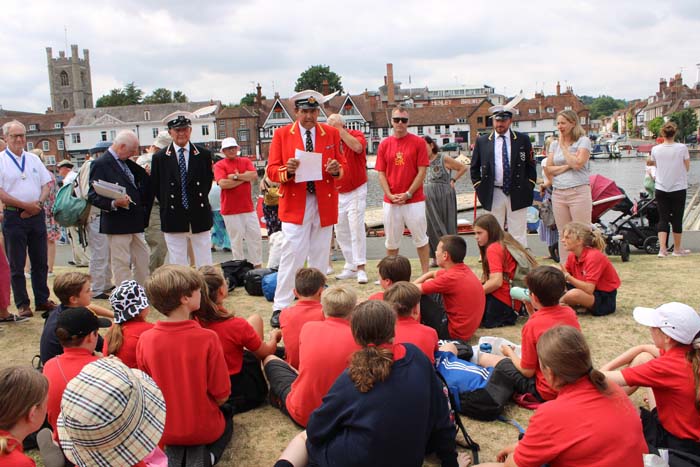 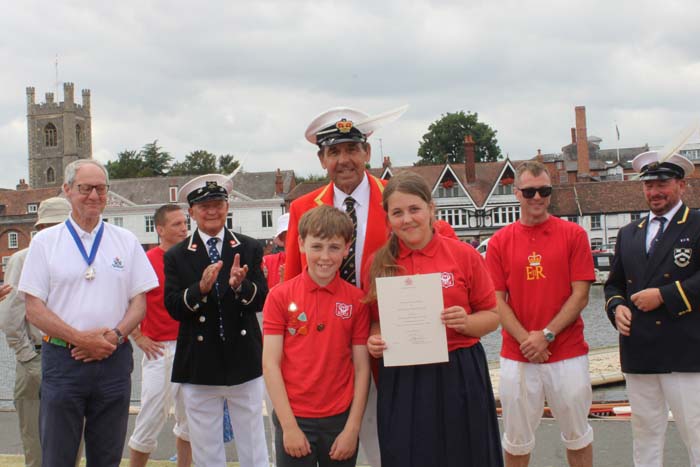 Sadly no cygnets on the Henley Reach between Hambleden Lock and Henley Bridge were found by the Swan Uppers yesterday when they made their annual trip up the river which started on Monday at Sunbury lock in the intense heat.

Even though there were nests along the river bank in Henley this Spring and cygnets hatched, David Barber, the Queen’s official Swan Marker and his team of swan uppers didn’t find any cygnets.  Earlier in the day though they did find 2 orphaned cygnets at Hurley which were being cared for by the charity, Swan Support. Because of the heat this year, instead of the birds are being examined and tagged on the bank, this was being done in the wooden skiffs.

The flotilla of wooden rowing boats stopped off outside the boat tents on Lions Meadow yesterday (Wednesday) lunch time to meet Year 6 from Sacred Heart School.  David told them about the tradition of the swan upping and said, “conservation and education is the most important thing.”  The biggest threat to cygnets are predators and fishing tackle causes the biggest problems to the swans.  Jerry McCarthy, of Dyers Livery showed the children a fishing line and hook that had got wrapped around a swan’s wing.

Three of the children then got the chance to weigh one of the orphaned cygnets and David explained that they tie the cygnets feet together with a bow to keep them still.  He then gave the children small pieces of string to practice tying bows on each other.

Afterwards David quizzed the children on what they had learnt and then presented the Head Boy and Girl (Charlie Dix and Grace Vickers) with a certificate from Buckingham Palace.

Mrs Park, Year 6 Teacher at Sacred Heart said, “It was such a worthwhile experience, even though it is the end of term.  It was worth bringing them today as it is an event they might not see again.  It was very special for the Queen’s Swan Marker to speak to them personally.”

Afterwards David said, “Sadly all the cygnets have all gone.  We hope to find some after lunch on the next stretch up to Marsh Lock.  Bird flu that has been spreading has had a big impact and there’s also a problem with predators.” 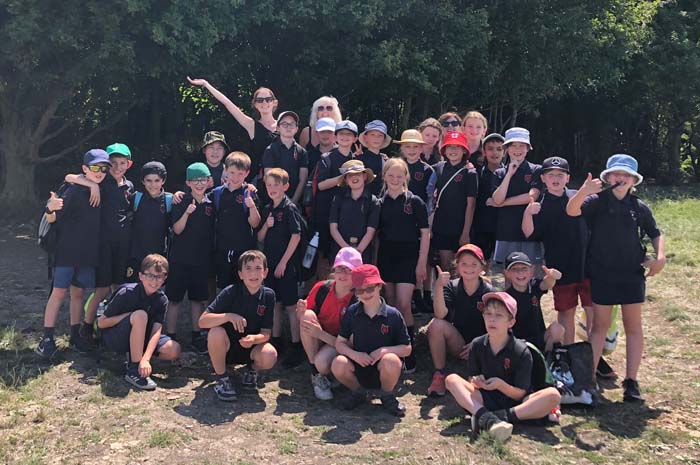 School Children Go the Extra Mile for Their Teacher 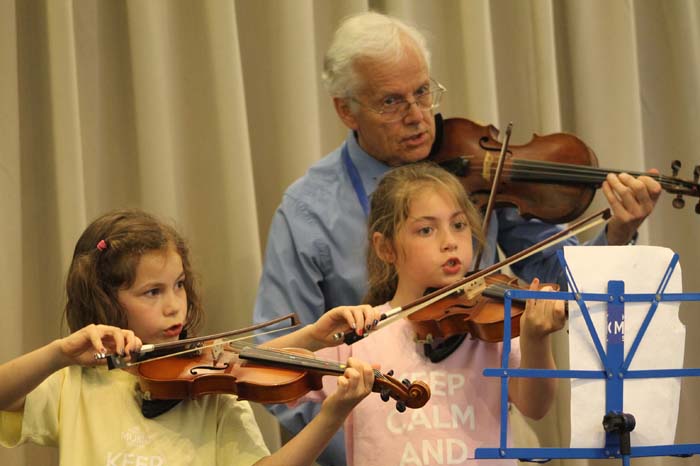 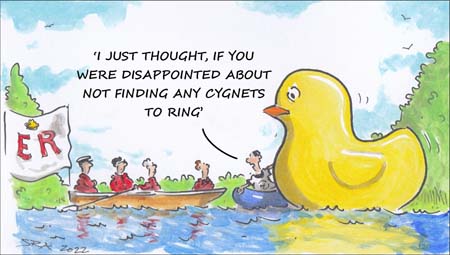 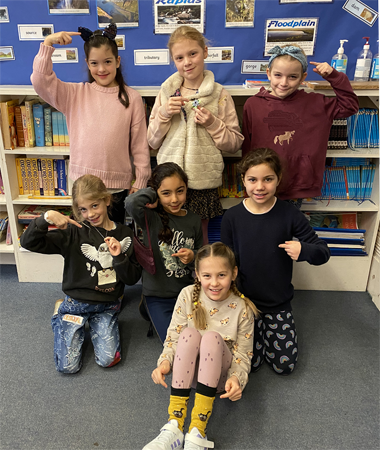 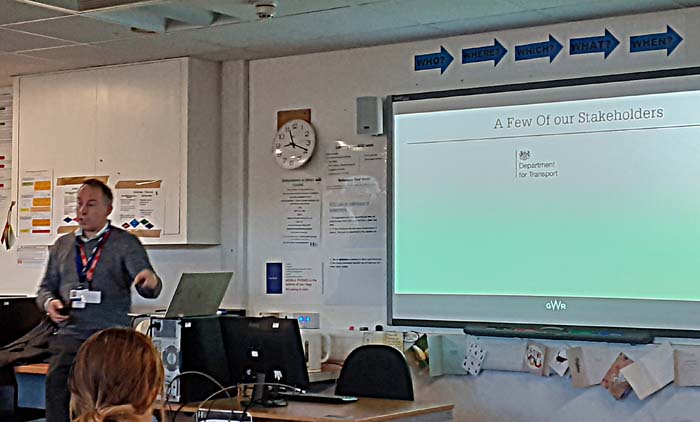 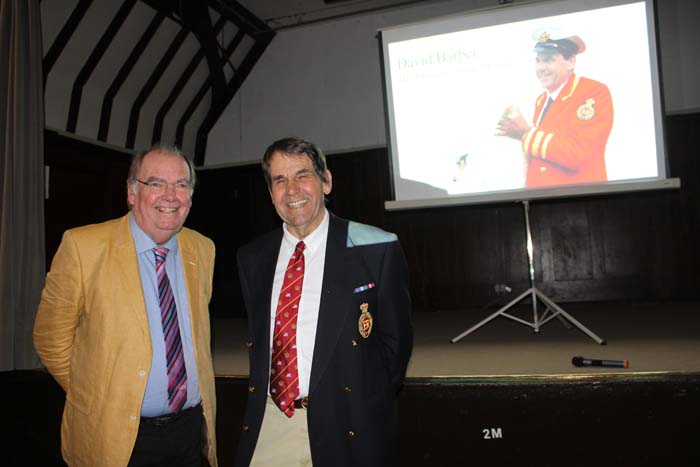