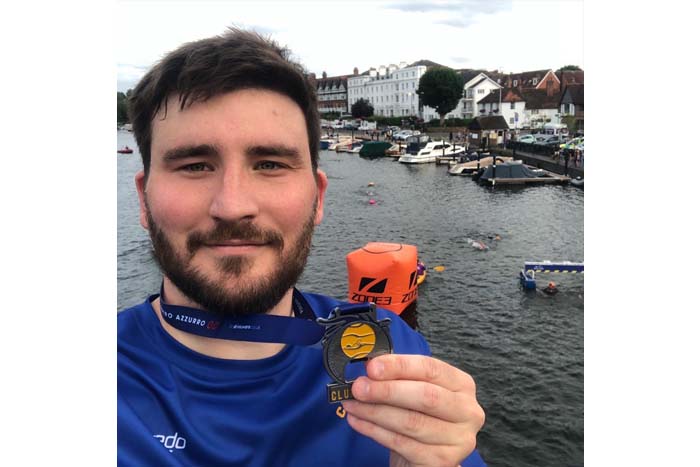 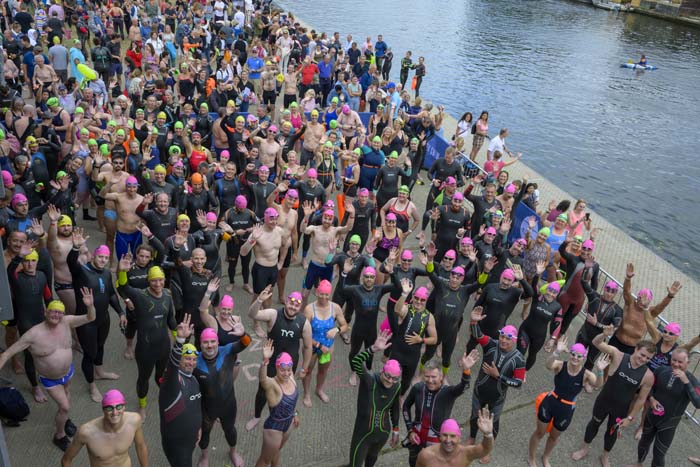 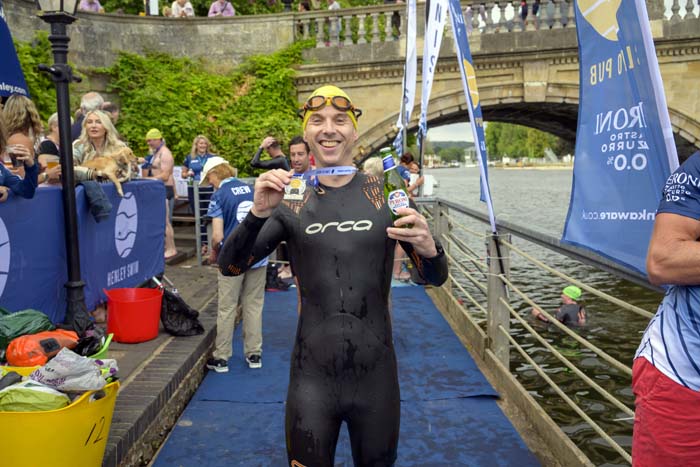 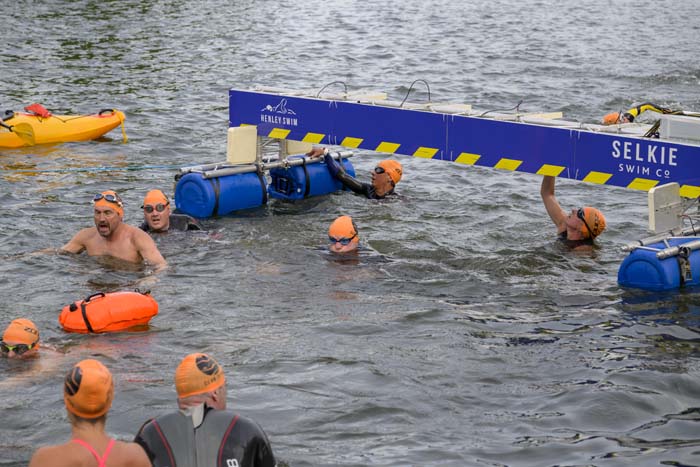 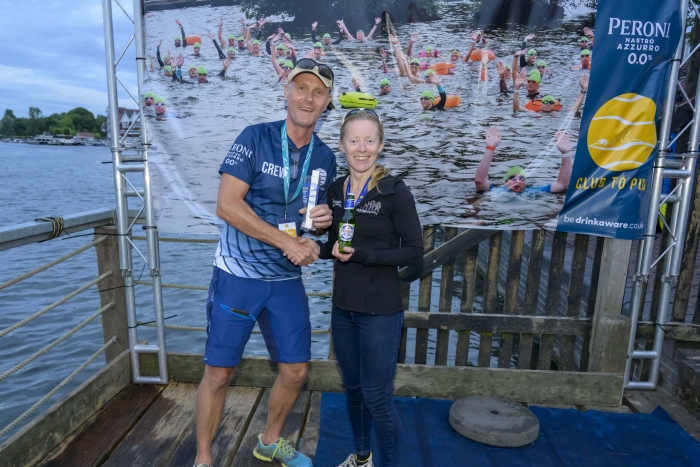 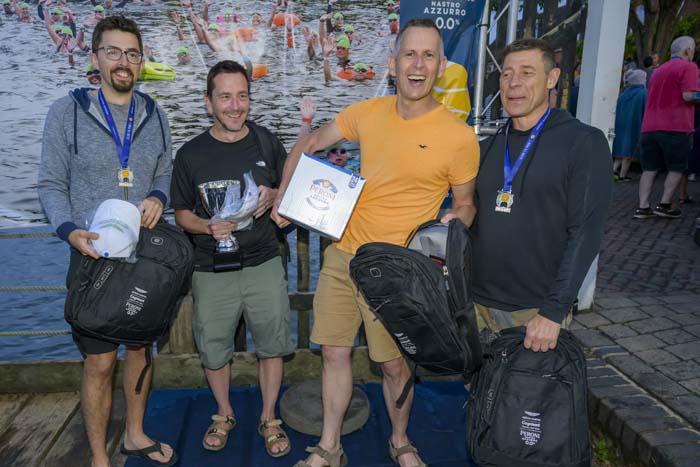 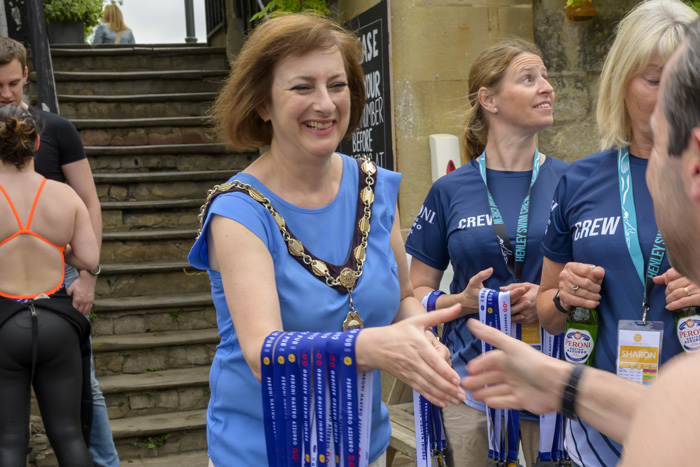 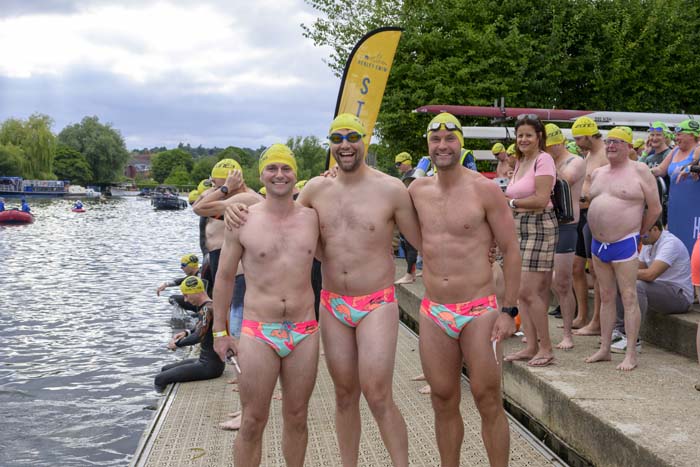 Matthew Breckon from Surrey broke the Club to Pub swim course record on Saturday evening in 17:06, beating the previous record by 6 secs held by Richard Stannard from Maidenhead who Matthew beat by just 1 second this year.

The Club to Pub swim starts at Henley Rowing Club and finishes at The Angel on the Bridge pub, a distance of 1.5km. Hundreds of swimmers took part in this fun celebration of open water swimming, and were greeted at the finish by Henley Mayor, Councillor Michelle Thomas handing out bottles of Peroni Nastro Azzurro or the non-alcohol version and a medal that doubled as a bottle-opener.

The swimmers entered the water at Henley Rowing Club in waves of around 100-150 people, wearing brightly coloured swimming caps. They had the choice of wearing a wetsuit or swimming in ‘skins’ – unassisted by neoprene. Swimmers ranged in age from 18 to 72.

Matthew normally swims races in lakes and it was his first Henley swim.  He entered as quite a few of his friends enter Henley Swim events regularly and he was hoping to do the Henley Classic swim earlier in the year but was unable to so decided to enter the Club to Pub.  Matthew said, “I was really happy and also surprised to have gone as quick as I had.  I had not expected to get a record before the race but it added to an already great experience! I would not have gone as quick if I did not have such a intense race with Richard where we were really pushing each other throughout the race. Having such good competition in the race made it even more enjoyable. As I was focussed so much on racing Richard during the race, a few times I did not pay enough attention to the direction I was swimming in! The kayaking team had to step in to prevent me from swimming into one of the docked boats during the last 500m of the race. However, this race taught me a lot on where to position myself in the river for the best currents which I will remember for when I next race at Henley.  Next year I hope to swim the Classic.”

The first women home was Jenni Riach from Glasgow with a time of 21:12. The team prize was won by the reigning 2021 champions Reading Swimming Club.

The event was supported by a team of around 40 volunteers, who assisted in registering the swimmers, getting them safely in and out of the water, looking after their bags and managing the finish. There were around 25 kayakers and safety boat crew spread along the course, to look after the wellbeing of the swimmers.

The 2023 event will go on sale soon, it invariably sells out within a few days, so anyone interested in joining is advised to ensure they are on the Henley Swim mailing list, to receive information about how to register.  Visit henleyswim.com for more information. 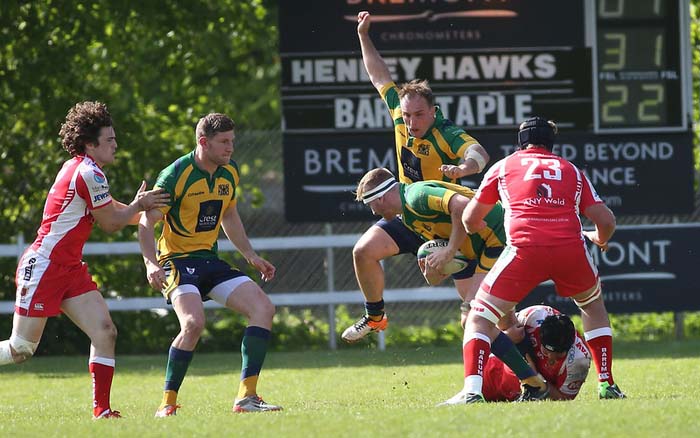 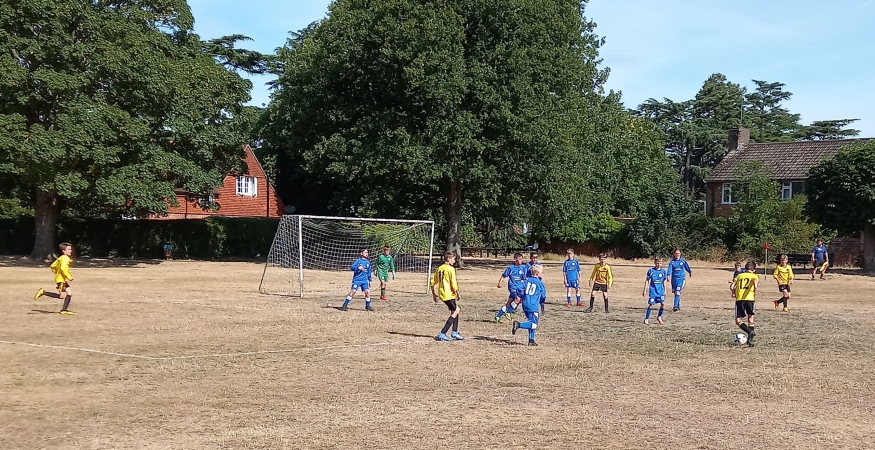 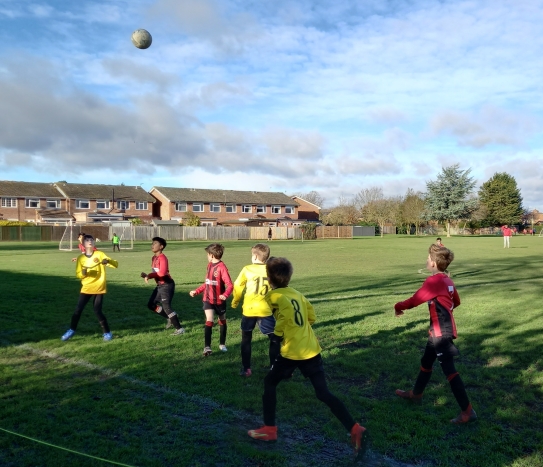 Tigers Earn Their Stripes Against Hurricanes