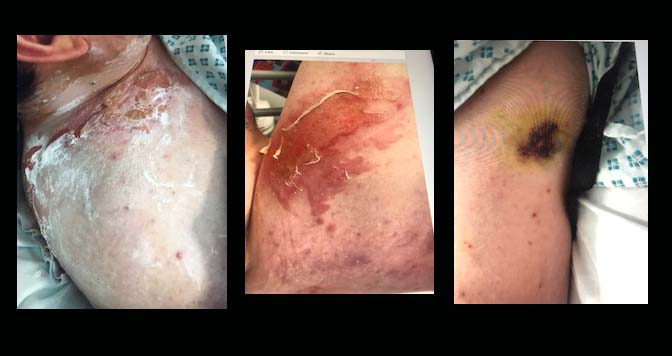 Julie Maxx, mother of severely disabled son, Tyler was “absolutely appalled” to find Tyler with serious burns and bruising to his body when she went to visit him at the Royal Berkshire Hospital on Friday.

Tyler was admitted to Royal Berks 5 weeks ago via A&E because he was in severe pain.  It was later determined by x-ray that the titanium rod he had fitted in his spine 12 years ago had snapped.

After being transferred to the Acute Medical Ward (4-5 days), then the Short Stay Ward (15 days) he was then transferred to Castle Ward 2 weeks ago and was waiting to get a referral to the John Radcliffe fracture trauma clinic to see spinal specialist, Mr Colin Nnadi.

Julie visited Tyler last Monday and raised her deep concerns then with the Ward Manager about the care her son was receiving.  She then organised a carer who knows Tyler well to visit him on Tuesday, Wednesday and Thursday.  Julie said, “The carer called me on Tuesday and said that she was concerned about the care he was receiving without me saying anything to her.”

When Julie arrived on Friday to go with her son to John Radcliffe to see the surgeon, she gave him a kiss and then noticed white stuff all around his neck.  Julie explains, “I pulled back his gown and there big areas on his shoulder, chest and back that had been scolded and he had big bruises to his upper arms.  I went absolutely berserk and asked the Ward Manager what had happened and he didn’t reply.  I asked whether he had been washed ready for the transfer by ambulance for the appointment which they had a week’s notice about.  I was told that the night shift were asked to do it but clearly they hadn’t as he smelt and when we were leaving, one of the nurses came out with some medication that he hadn’t been given.  Tyler has all his medication crushed up and put into food so I said he couldn’t take it like that.  They then crushed it into some very hot porridge which they eventually cooled down with milk.”

On arriving at the John Radcliffe, Julie showed the nurse the burns who dressed them properly and helped Julie change Tyler’s pads.  At the appointment, a Senior Consultant who works Mr Nnadi told Julie that surgery on Tyler was too dangerous.  Julie exclaimed, “Tyler is in agony and I’m terrified to take him home.  I know that all surgery carries risk but I think he needs to have the rod removed.  I don’t know how the rod has broken as he hadn’t fallen.  Although Tyler is in a wheelchair his upper body strength is good and he does throw himself around in it which may have caused it to break.”

The ambulance staff took Tyler back to the Castle Ward after the appointment as they told Julie that they have to return all patients back to the wards they collect them from.

Julie comments, “The Ward Manager in my view has no compassion or people skills and him and the staff on the ward clearly know what has happened but they are closing ranks.  I asked to see both the report about the incident and his medical records and both were refused.”

Julie has reported the incident via the RBH complaints department, to the police and has written to the CEO of the RBH and is waiting to hear back from all parties.

A spokesperson for the Royal Berkshire Hospital Trust said, “We are in touch with Tyler’s family and  investigating the circumstances surrounding this case. Tyler is doing well in hospital and we are preparing him for discharge and wish him a speedy recovery.” 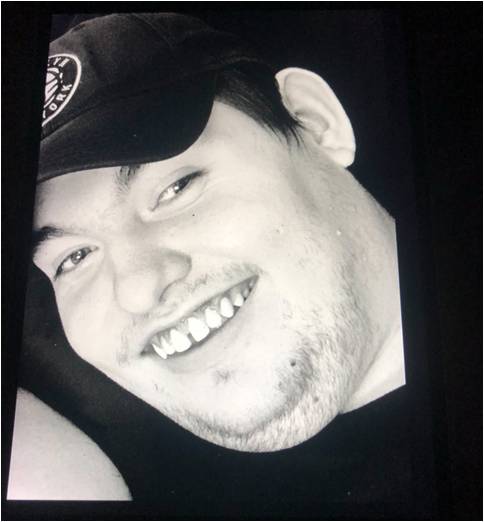