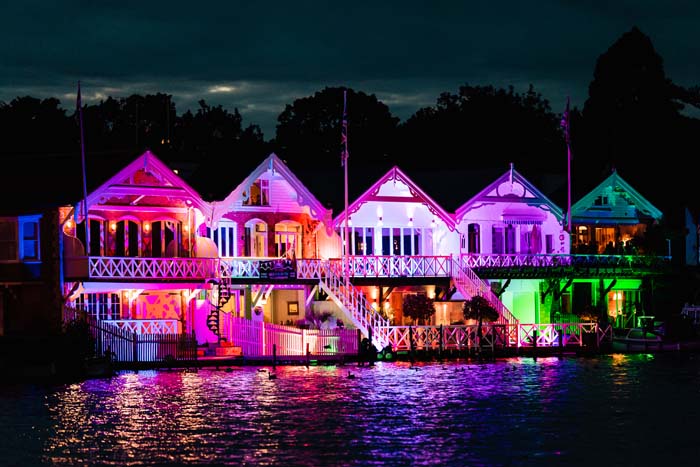 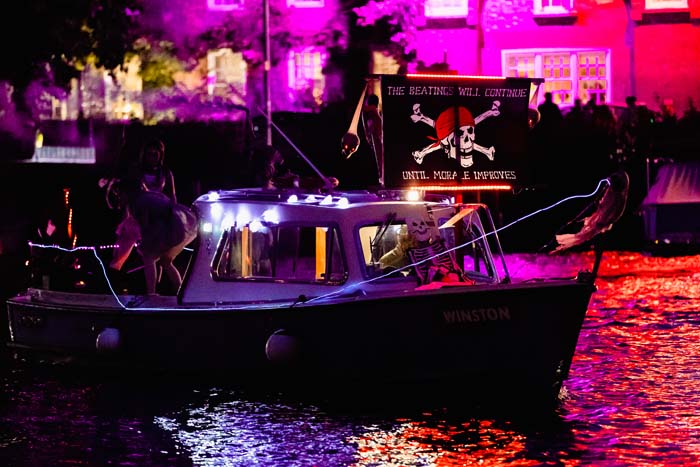 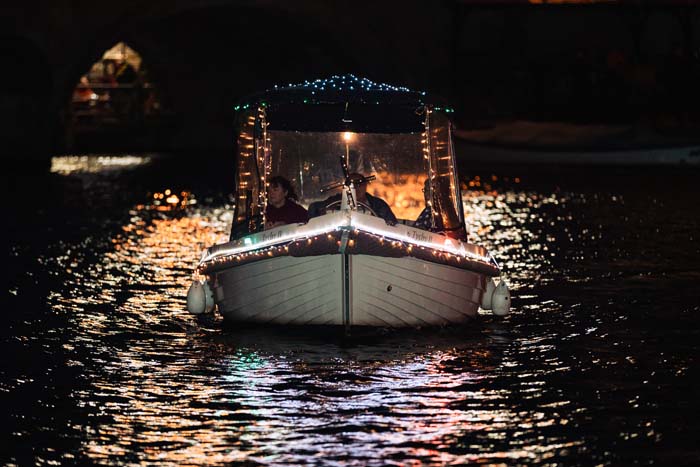 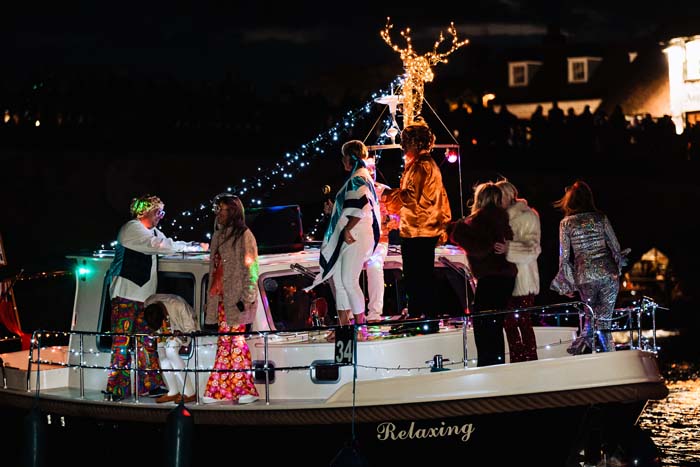 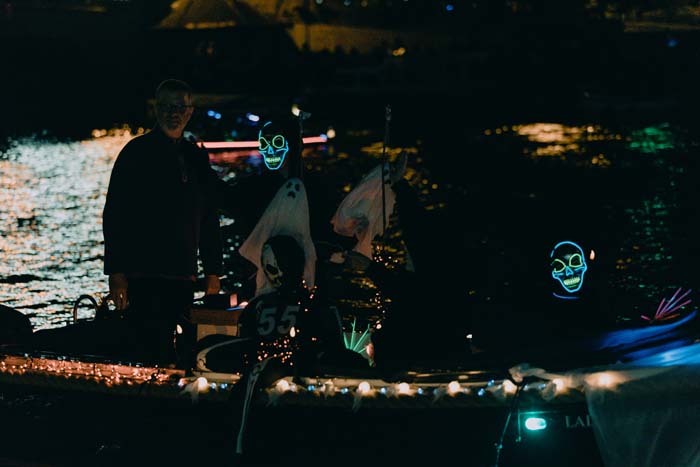 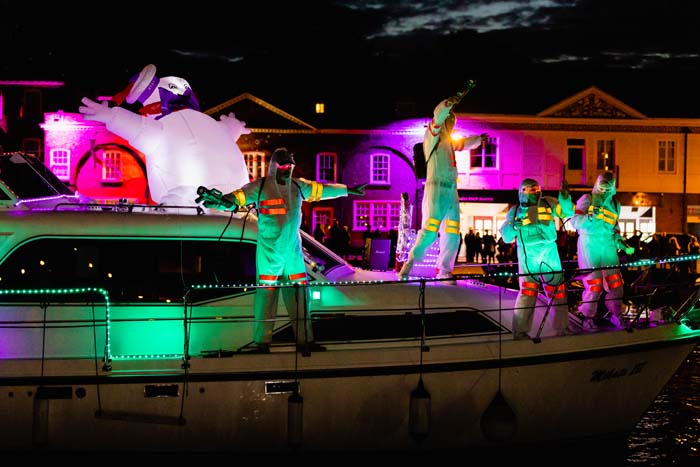 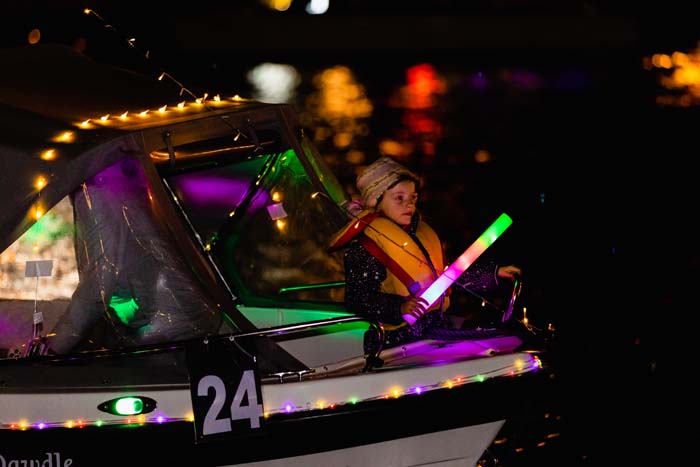 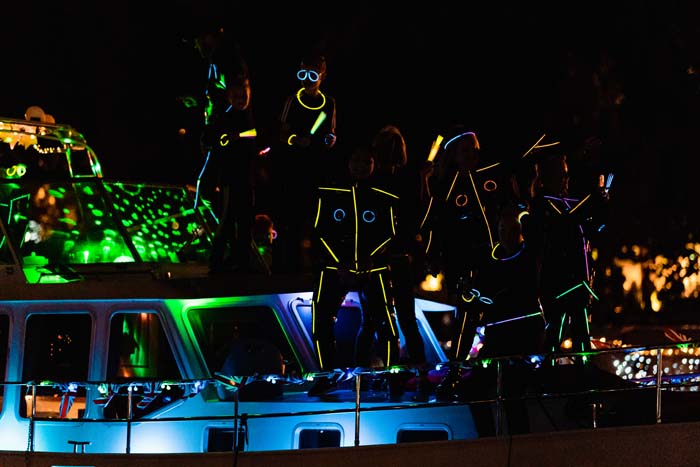 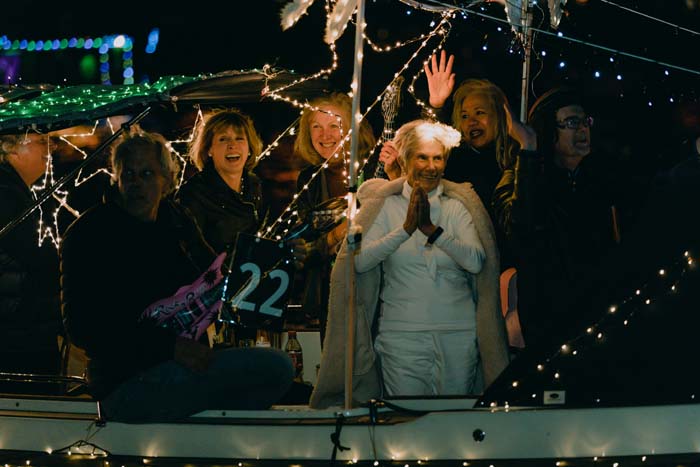 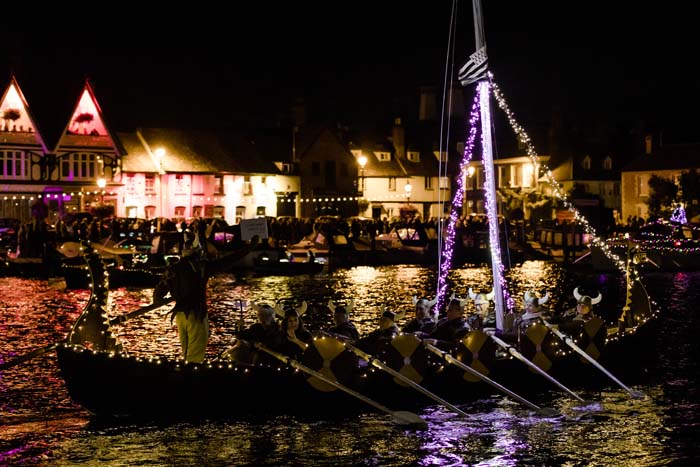 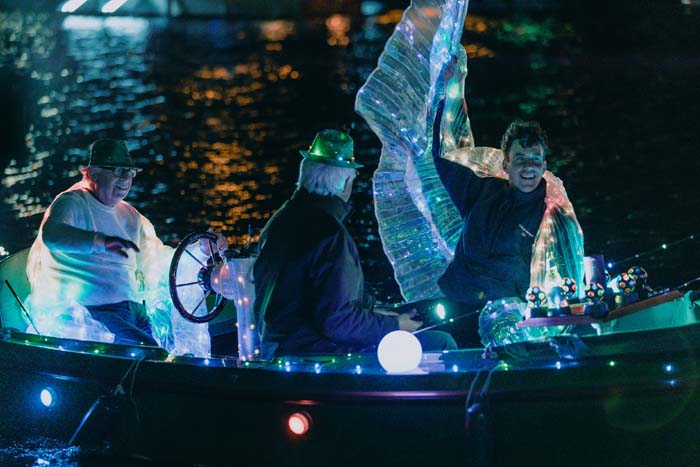 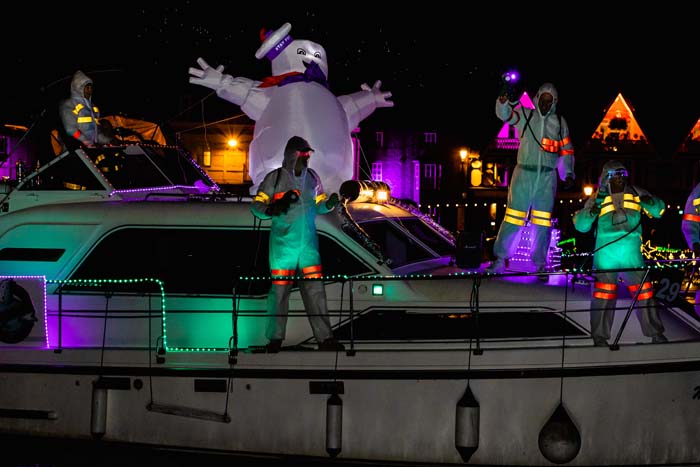 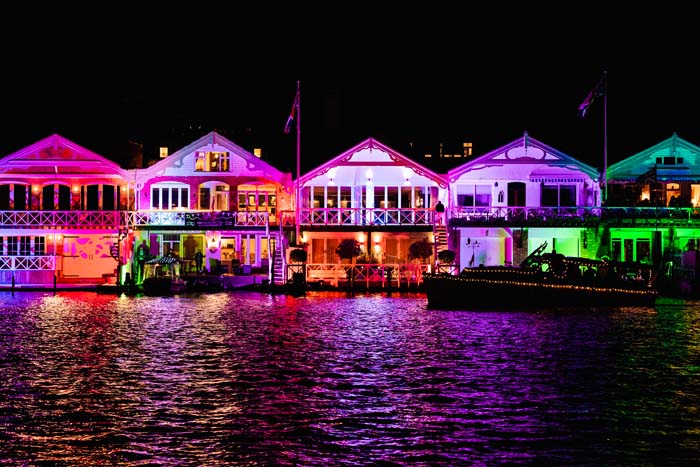 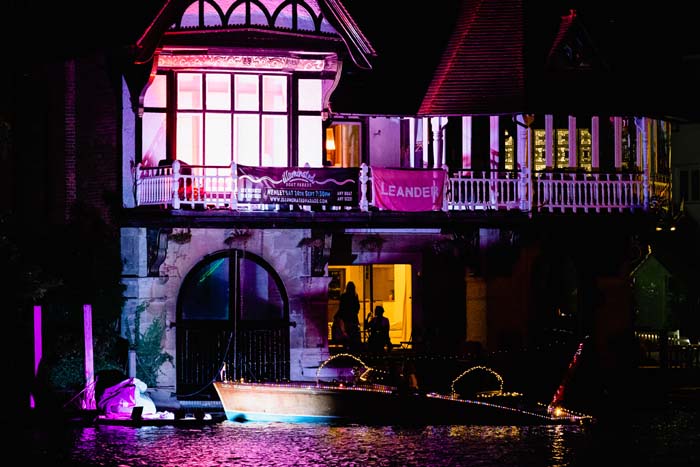 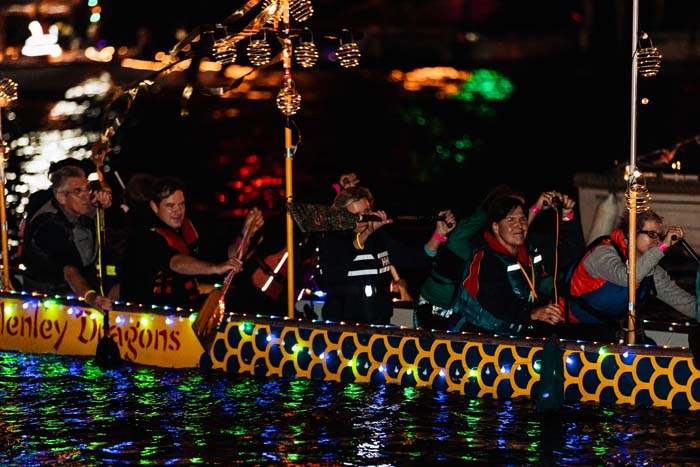 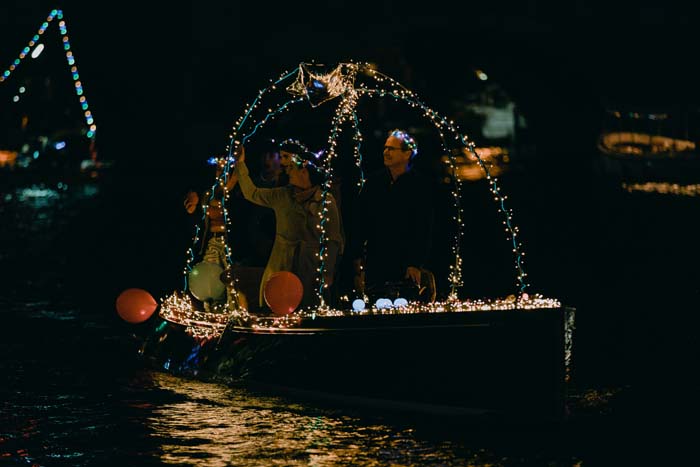 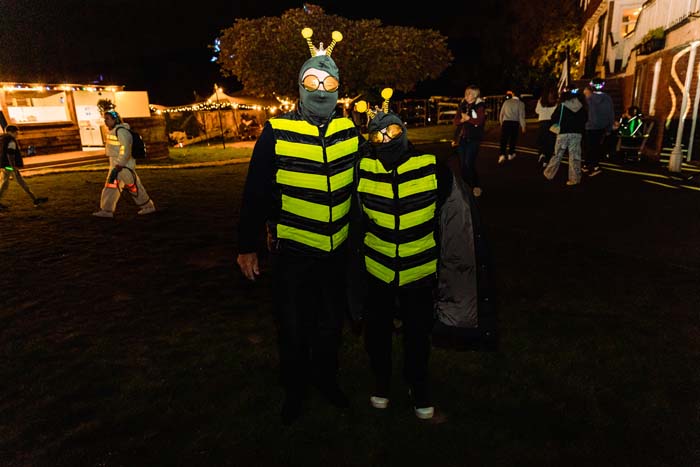 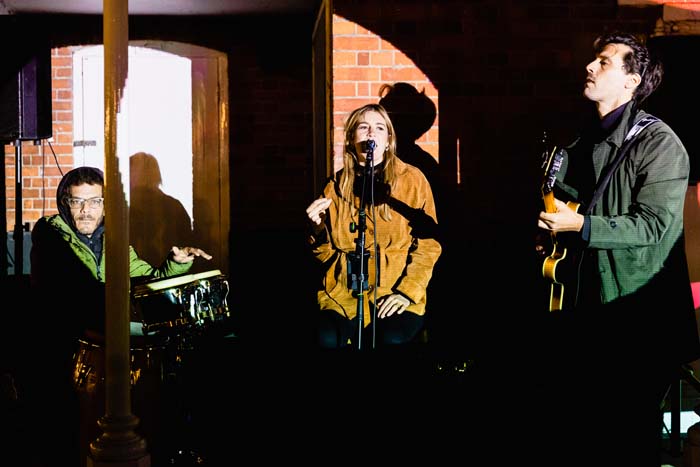 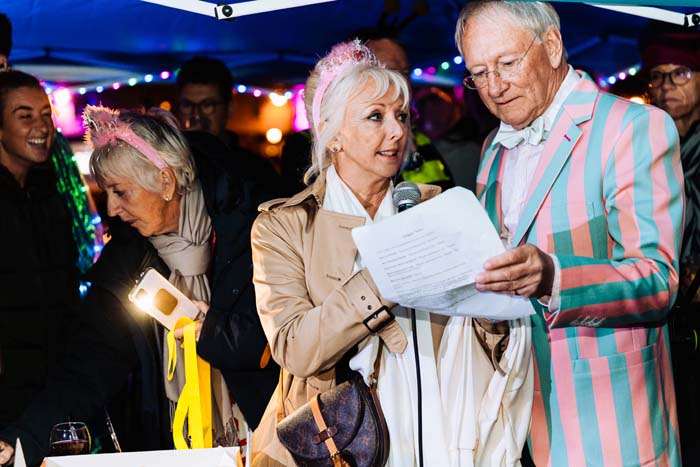 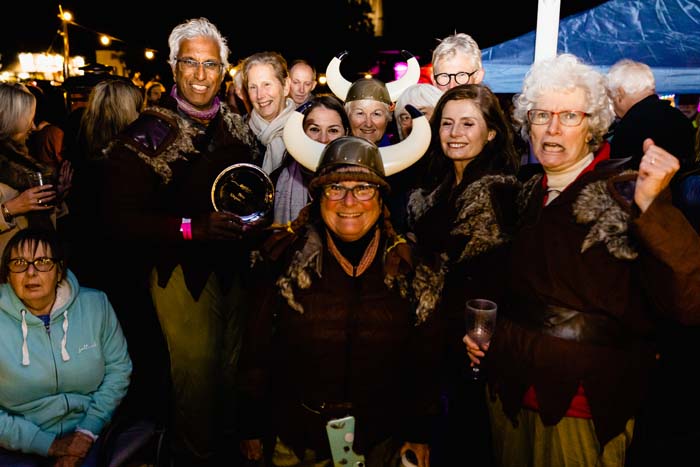 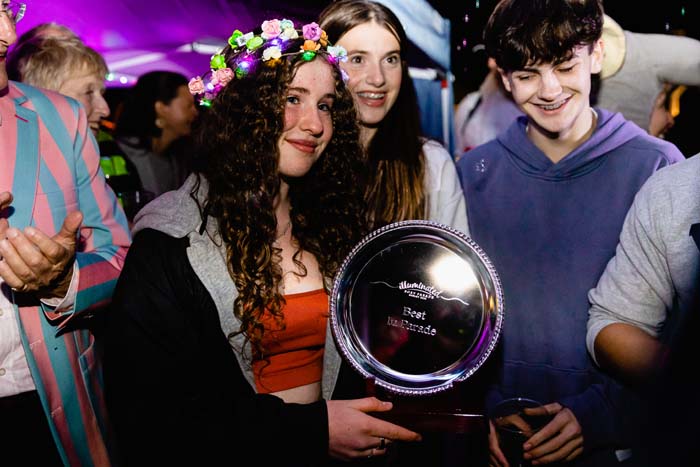 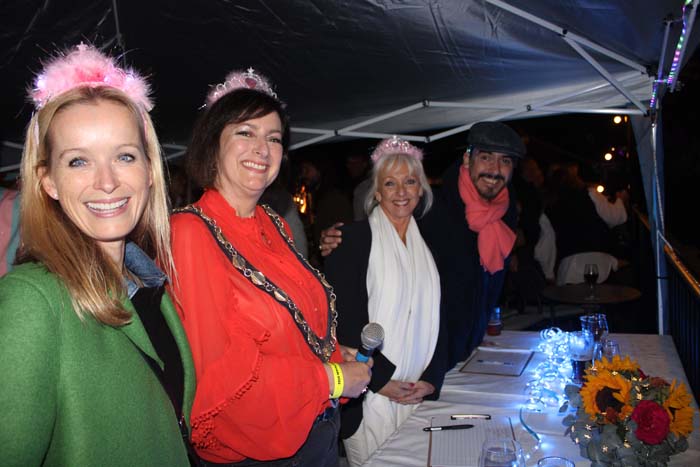 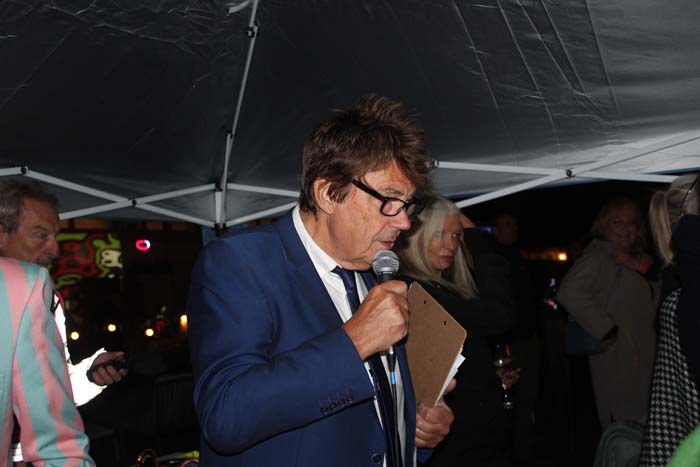 The riverside and a flotilla of boats lit up the Henley Reach of the Thames on Saturday evening for the first Henley Illuminated Boat Parade.

A Ghostbusters boat, Viking and pirate ships, rowing and dragon boats, Lily the big yellow duck and paddleboarders all lit up the water and there were firing beacons and fireworks to add to this wonderful spectacle.  Crowds lined the towpath and others enjoyed a view from the Leander Club terrace which was open to the public.

The idea for the event was resident Chris Taylor who had previously organised the event in Cookham with the help of a group of volunteers. Chris said “It was as successful as we dared hope it would be.  We were a bit apprehensive as it was first time in Henley.   Everybody made an amazing effort and there was a fantastic crowd – far bigger than we thought it would (we think about 2000 people).  We are absolutely thrilled and it was beyond our expectations.  It made the town really came alive with the whole riverside lit up.  It was a really joyful experience and a fabulous local event.”

There was also a competition with winners for best in parade, best fancy dress on board, best music boat, best unpowered boat and best spectact0r which were judged by Debbie McGee, Bethan Toop, Dhani Harrison and Henley Mayor Michelle Thomas.  DJ Mike Read provided the commentary.

The Best in Parade was won by Bell Surgery’s Dr Chris Langley’s boat, Scarlet Lady which was lit up in the shape of a crown entitled ‘Very Regal’ inspired by the state funeral and the imperial state crown on the coffin. Music included various songs from marching bands, pipers, choirs and Vera Lynn’s We’ll Meet Again.   Judge Michelle Thomas said, “This boat captured my heart from the very, very start.”

Chris Langley said, “We’re absolutely delighted to win, we can’t believe it.  Well done to my daughter, Verity and her friends for decorating the boat so beautifully. We used old tent poles. It took days and days.  We saw an advert for the event on the side of the house in Wharfe Lane and thought we’re going to do that and it would be really good fun and then we never thought we would.  Amazingly we got our act together! It’s been a great evening.” Verity added, “We had great fun doing some salutes and Queen waving to the crowds.”

The runner up in the Best in Parade were The Henley Dragon Club’s ‘Dragonboat’.  The Best Fancy Dress on board was Carol Pontin’s Busy Bees, runners-up were Ross Elder’s Badger.  The Best Music Boat was Karen Wade and The Henley Rowing Club’s theme James Bond and the Royal Henley Rowing Corgis. When their sound system broke,  Karen, an ex-Opera singer, sang Bond themes, but it was her Ave Maria which impressed the Music judge, Dhani Harrison.  Runner’s up in the music category was Peter and Amanda  Barron-Cutt’s Abba themed boat.  The other popular winner with the crowds was the best unpowered boat which was won by Geoff Probert’s boat Molly which was converted into a Viking ship with dressed up Vikings aboard.   Nick Rudd’s Go With the Flow Paddleboarders were the runners up in the unpowered category.  Henley Mayor’s husband, David chose Ariana Shepherd as the winner of the best dressed spectator with her decorative flower glow stick costume.

The event was raising money for two local charities. The Rivertime Boat Trust which offers disabled and disadvantaged adults, children and young people an opportunity to develop a long term involvement with the River Thames, by providing a safe, supportive and stimulating environment aboard the Charity’s boat ‘Rivertime’. https://rivertimeboattrust.org.uk/ and Leander Trust which offers education of young people by helping with their physical education by the provision of facilities – including grant awards; enable and encourage rowing and sculling; and help with the provision of facilities for recreation for those who need such facilities because of their youth, social or economic circumstances. http://leandertrust.org  Please click on the links to make a donation.

Electric Cars: What to Know Before Getting Behind the Wheel
Scroll to top