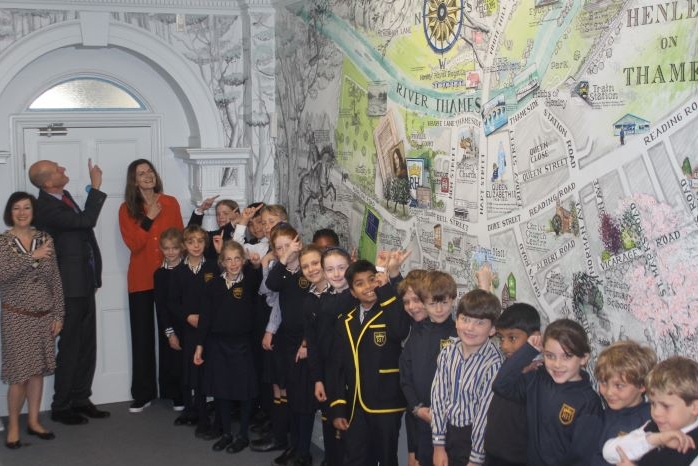 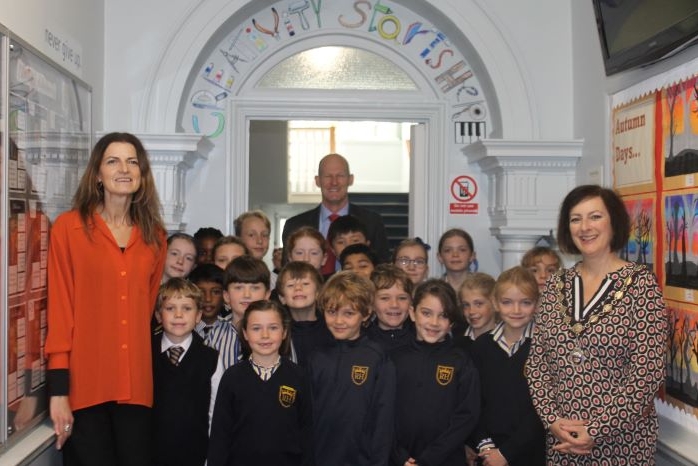 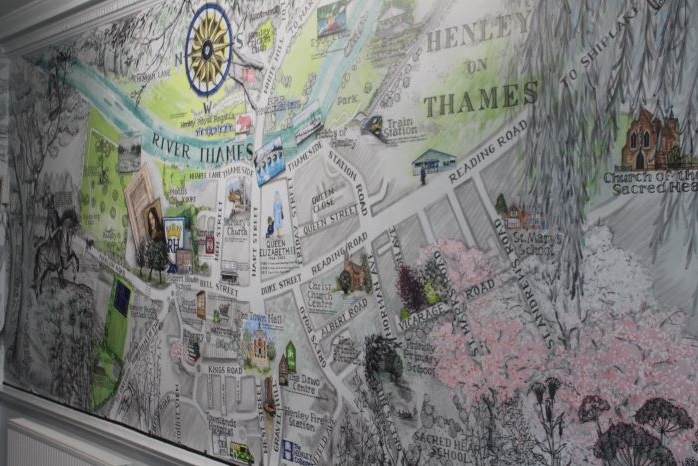 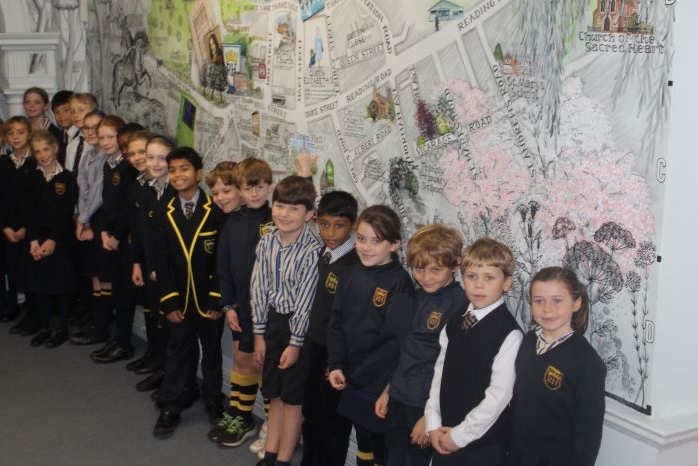 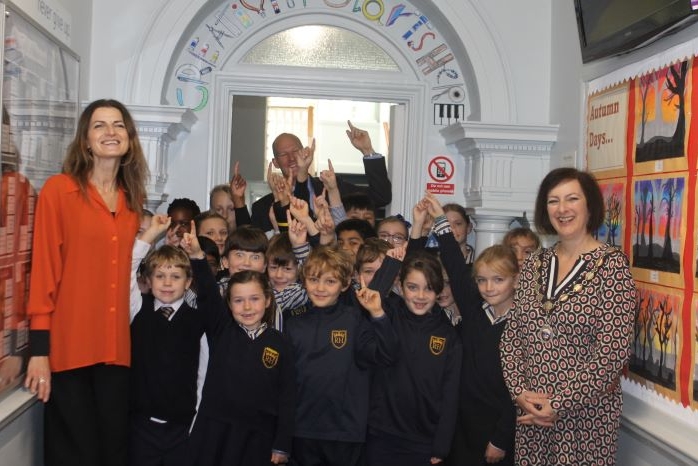 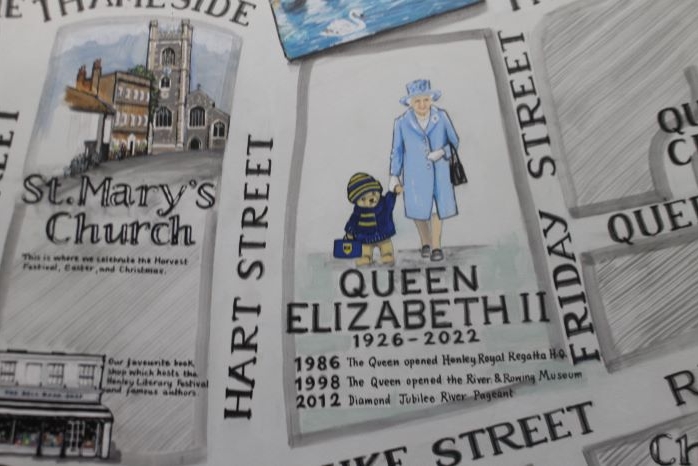 Rupert House School unveiled a new beautiful mural of Henley yesterday. Designed and painted by local artist Nicola Sutherland, it spans an entire wall in the entrance hall in the school.

Inspired by the idea of a map of Henley, Nicola wanted it to be “a way to be able to link all the places the children go to.” Taking it a step further, Nicola suggested that the school asked the children for thirty things which mean a lot to them including buildings, people and events and all of those have been incorporated. The mural is incredibly detailed, depicting everything from sports day, the River and Rowing Museum, the Town Hall and even a nod to the Queen, who passed away as the mural was completed, and so Nicola included the Queen with Rupert Bear, instead of Paddington, to draw further links to the school.

Headteacher, Mr Nick Armitage, proudly unveiled the mural with the hope it will nurture creativity. He believes everyone needs to “see themselves as creative,” and that “every single child brings their own creativity to all subjects.” “The mural is not just a piece of art to be admired, it is a message for the students, the school and the community: Art is important.” The Mayor of Henley, Michelle Thomas, agrees that “art is a thread which runs through every single educational establishment and for Rupert House to give it a platform sends out the strongest signal to everybody. Art is in so many things we see every day. That is where the true beauty of the mural lies; the way it links creativity and community.”

Mr Armitage, talking about a new initiative, Education Henley, which includes other Henley schools within a five-mile radius and sets out to create more opportunities for all Henley schools, says he is pleased the mural also encapsulates that sense of community. Along with landmarks and events, other local schools are also named on the mural really bringing together the idea of support for each other and emphasising the important role Rupert House plays in the town.

Clearly, a great success, the mural took Nicola 184 hours to paint over twenty weeks. She worked during term time and Mr Armitage says she became known as the ‘artist in residence.’ Describing the title as an ‘honour’ Nicola says that she hopes people “See something new every time they walk past it. I want every child to see something that they didn’t see the last time.” Mayor, Michelle Thomas, agrees, commenting on the superb ‘attention to detail,’ and enjoying how the mural is ‘threaded through with history.’ As a final comment, Mayor Michelle Thomas, added that having Nicola work in the school really gave the children a chance to see “an example of how to earn a living through art,” and Mr Armitage loved how “the children would come and talk to Nicola and their input is a big part of the design.” It is indeed a great addition to the school and the community. 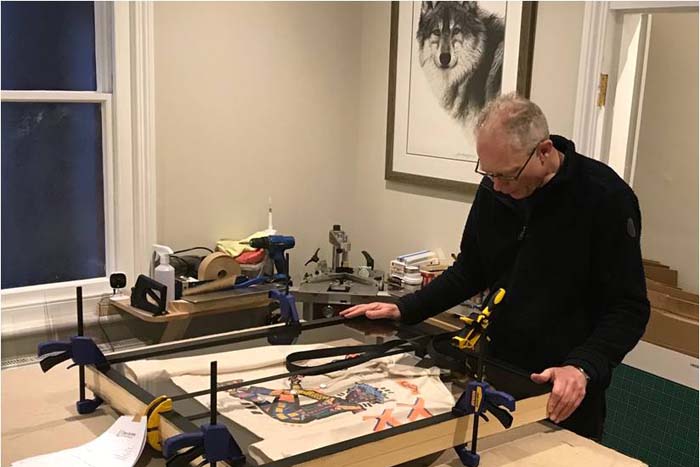 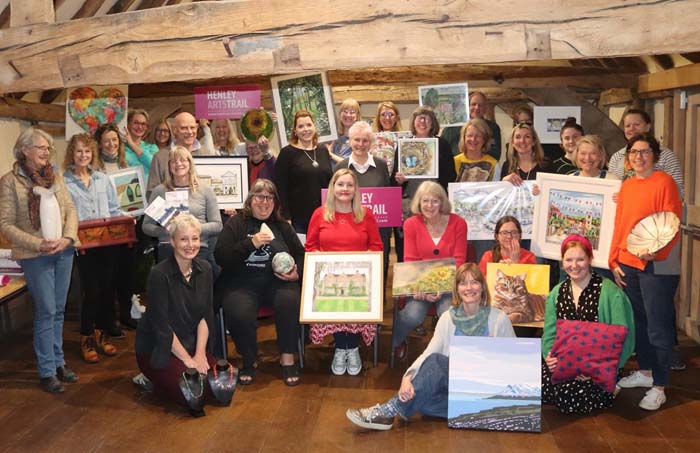 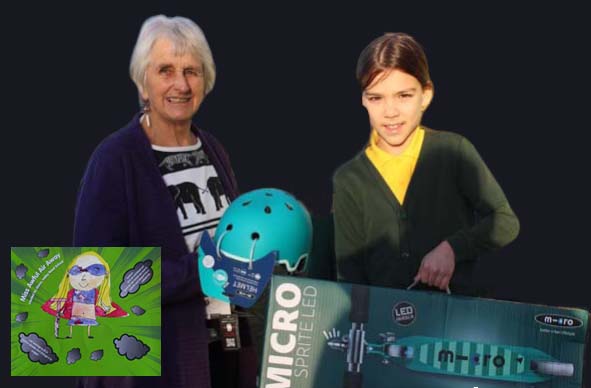 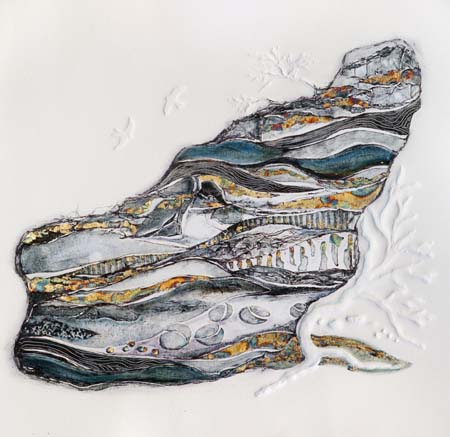 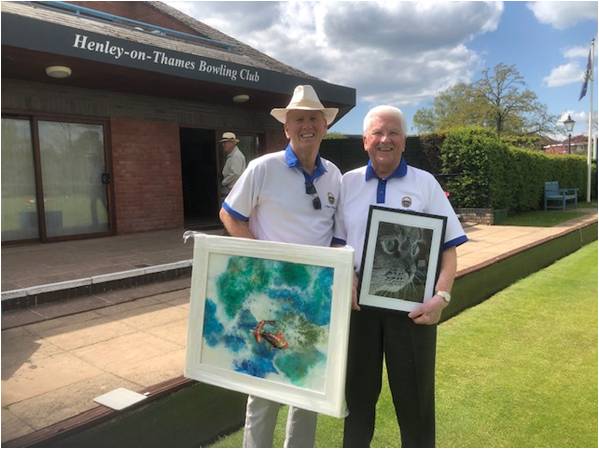 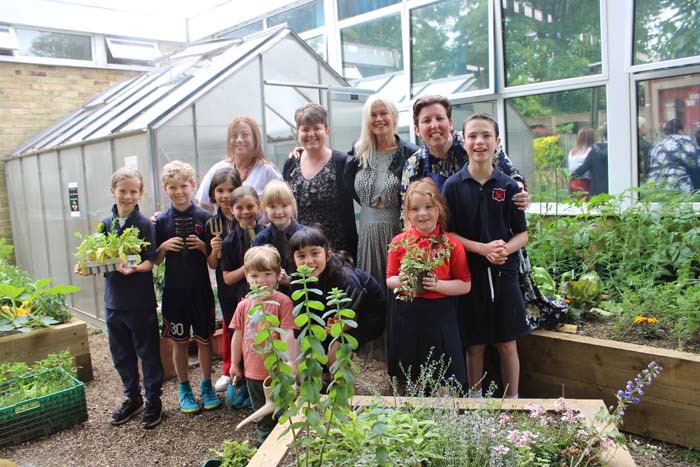 Fireworks Safety for Diwali and Bonfire Night
Scroll to top