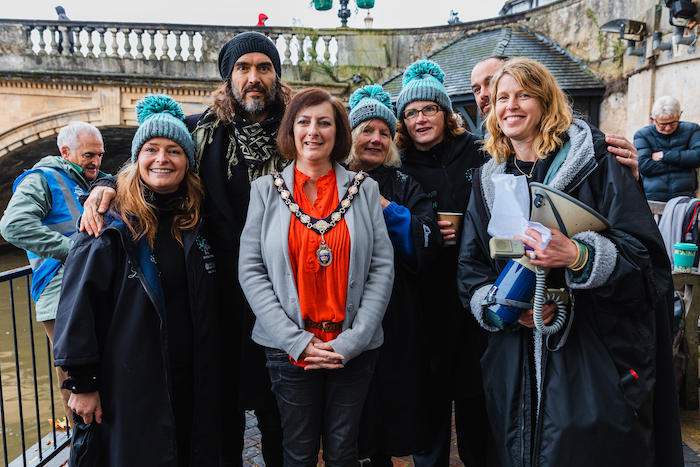 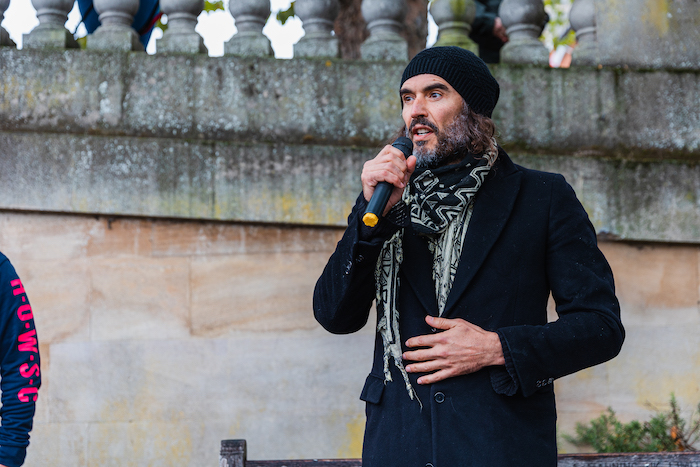 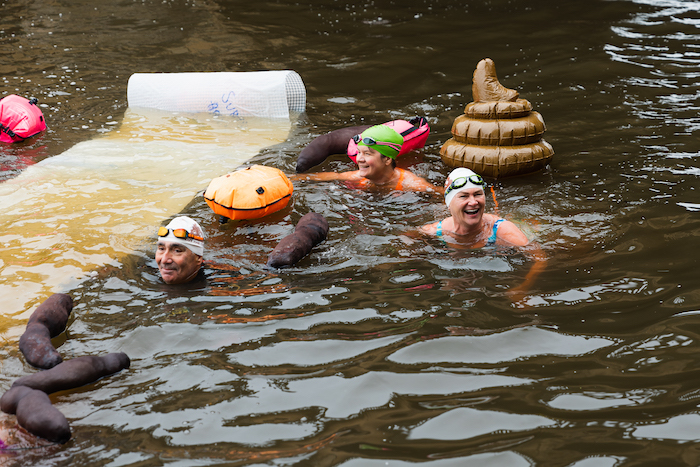 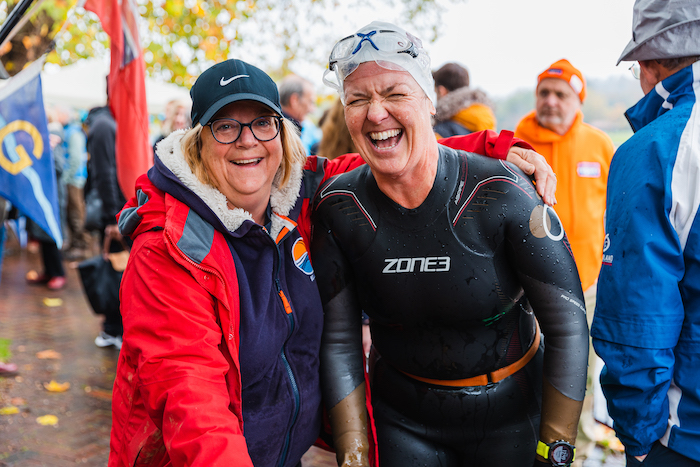 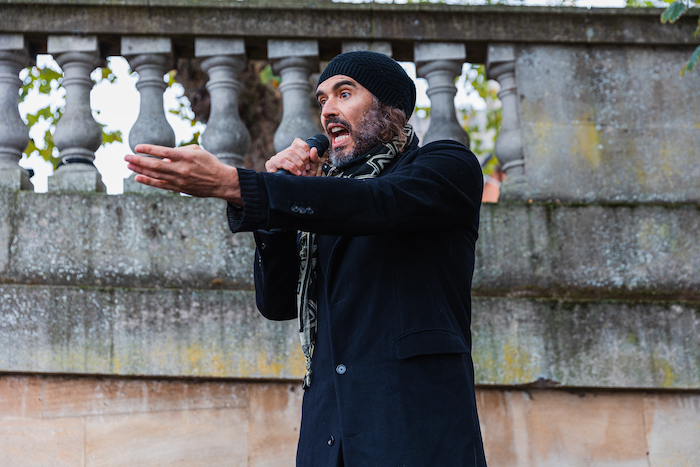 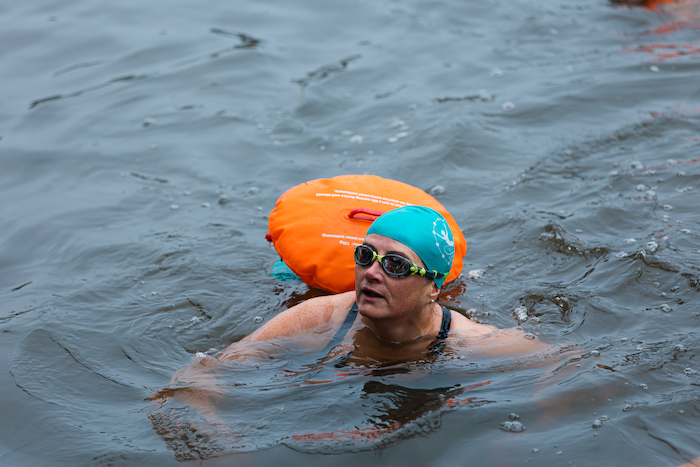 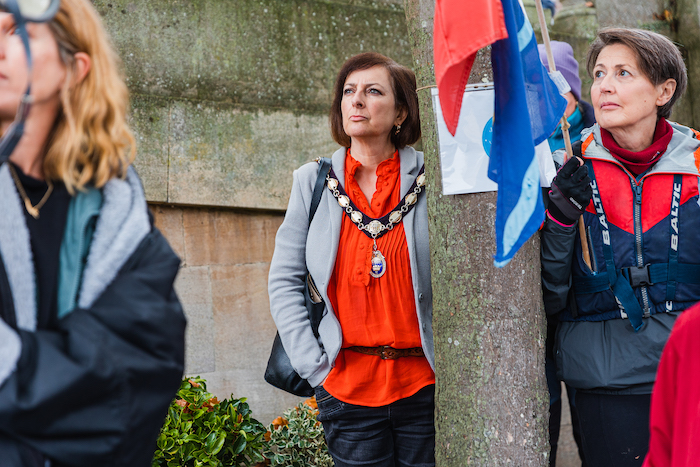 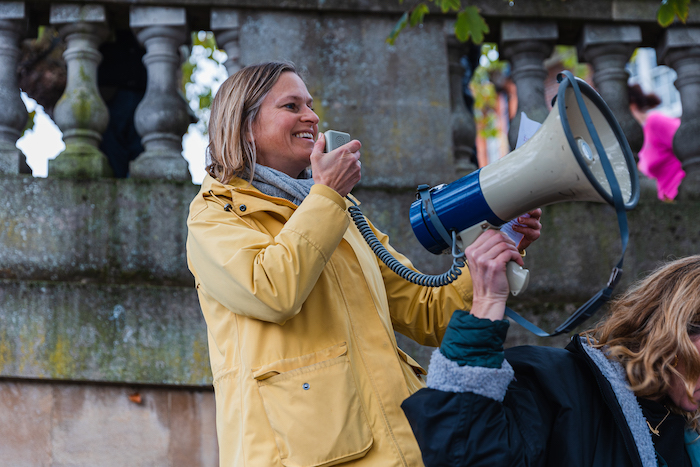 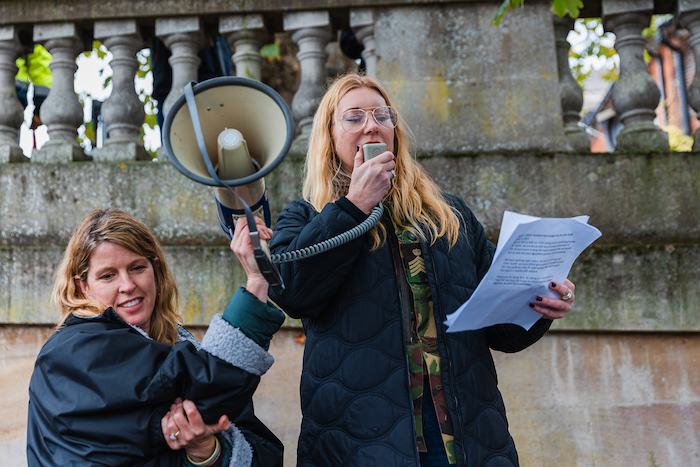 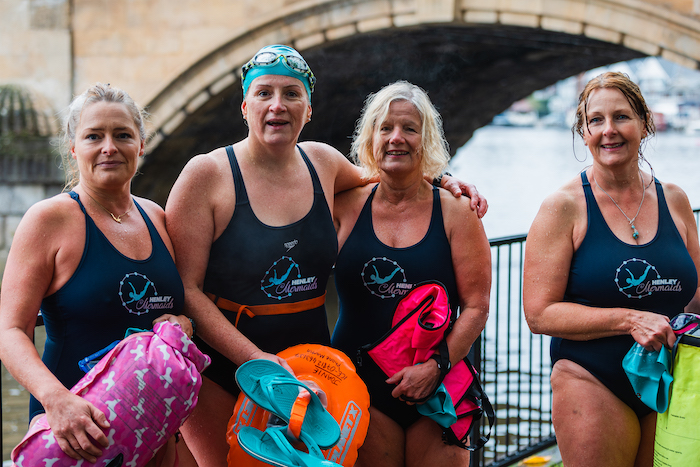 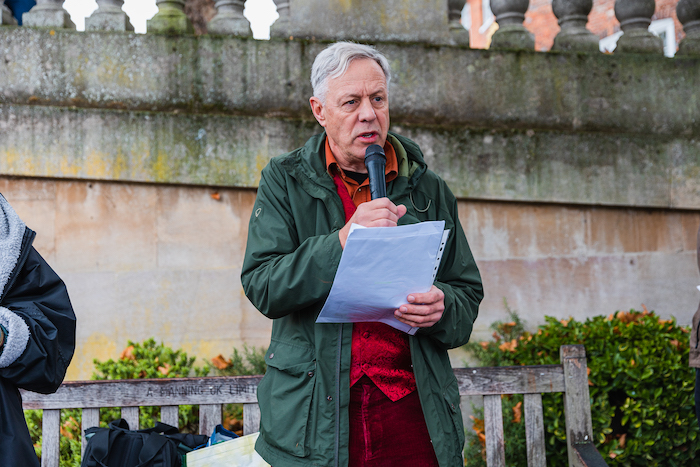 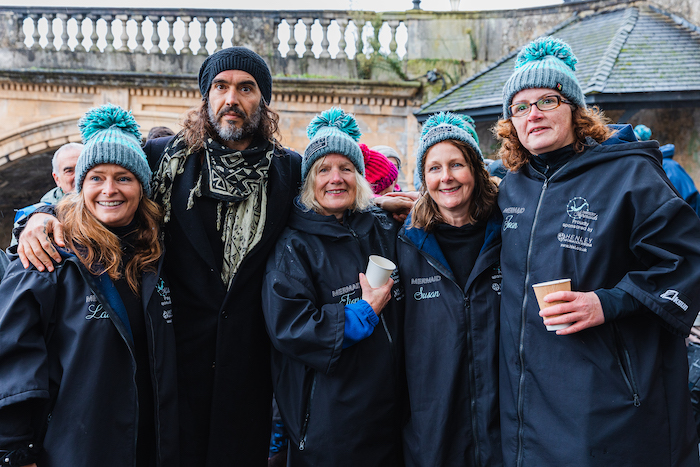 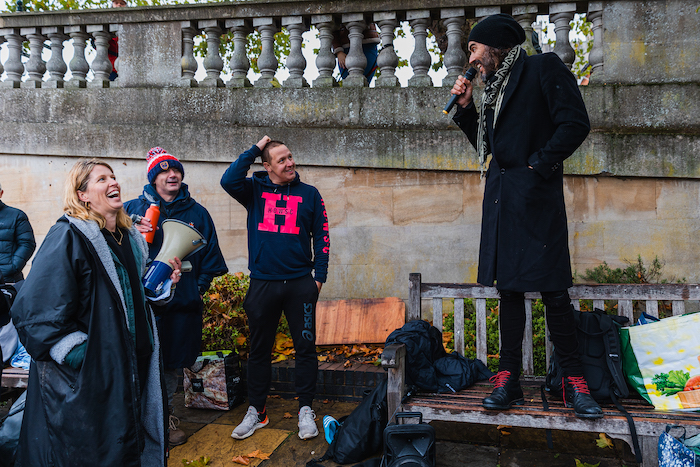 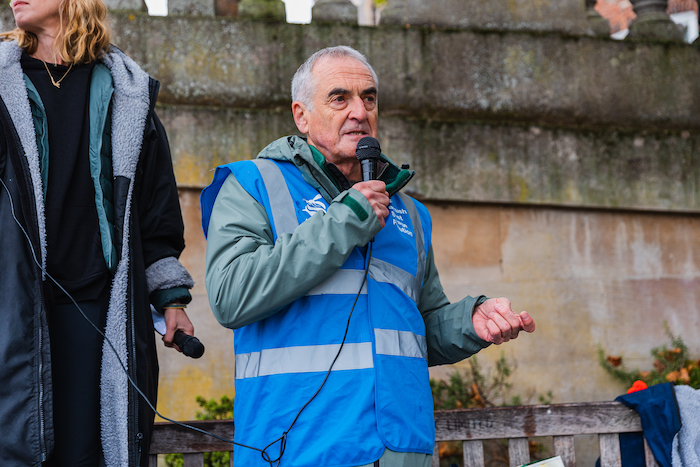 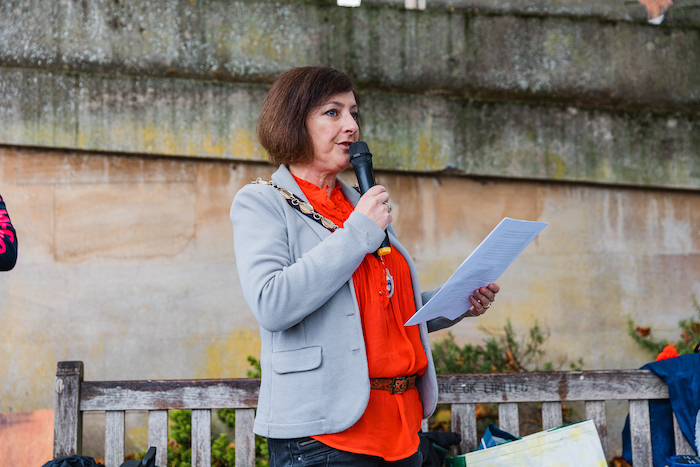 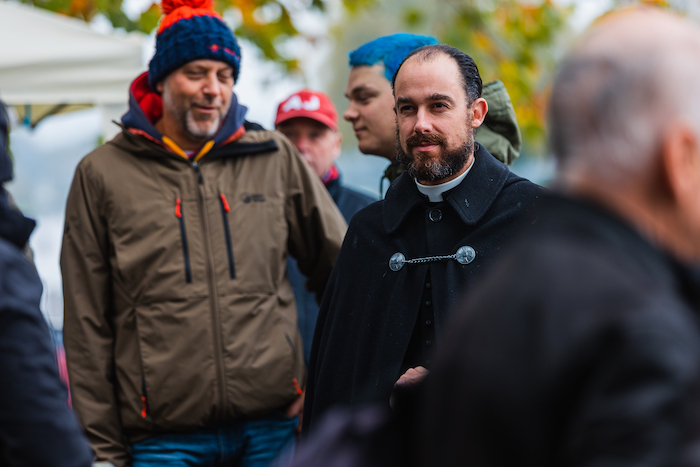 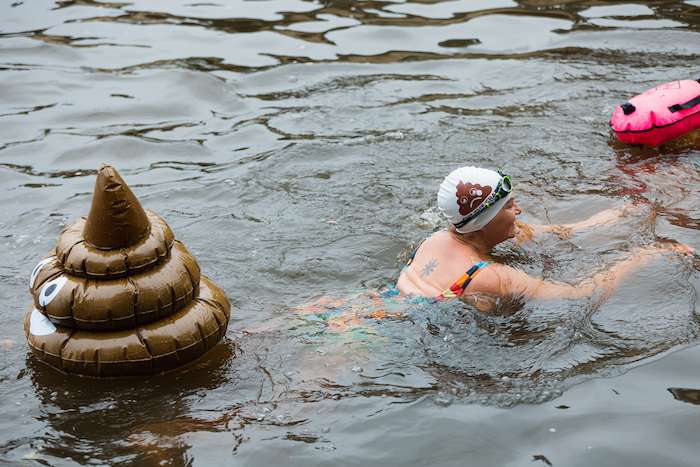 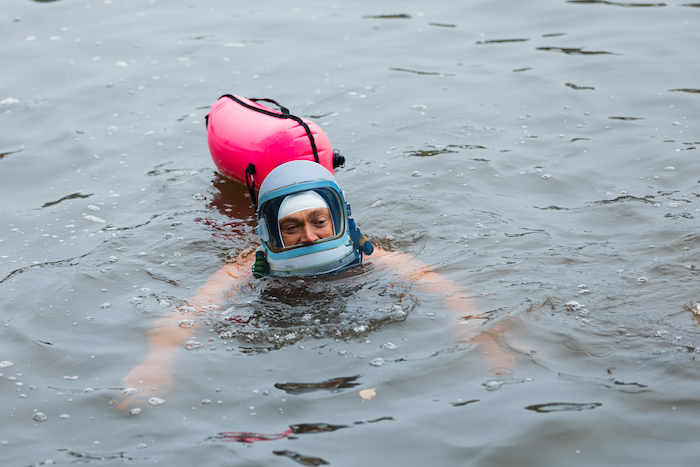 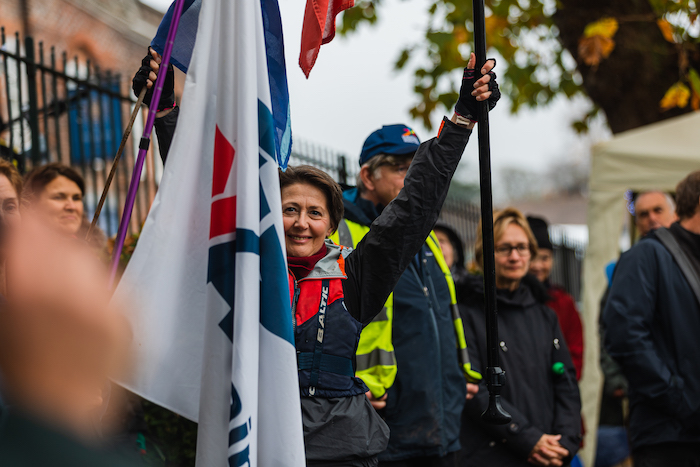 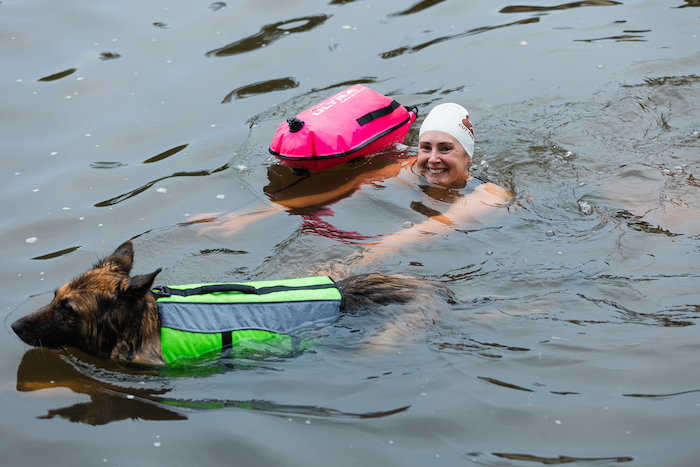 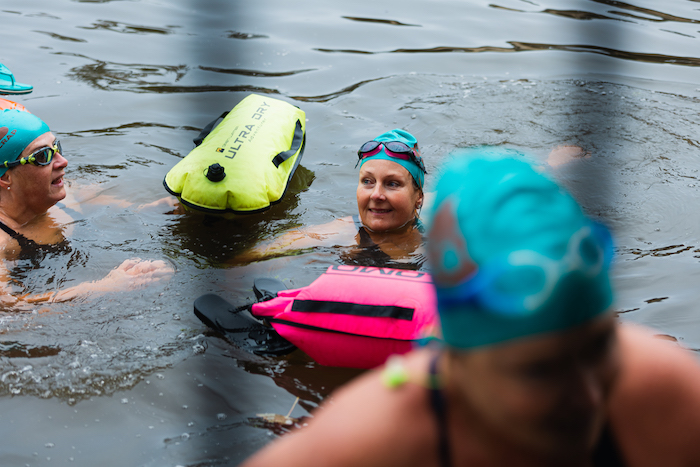 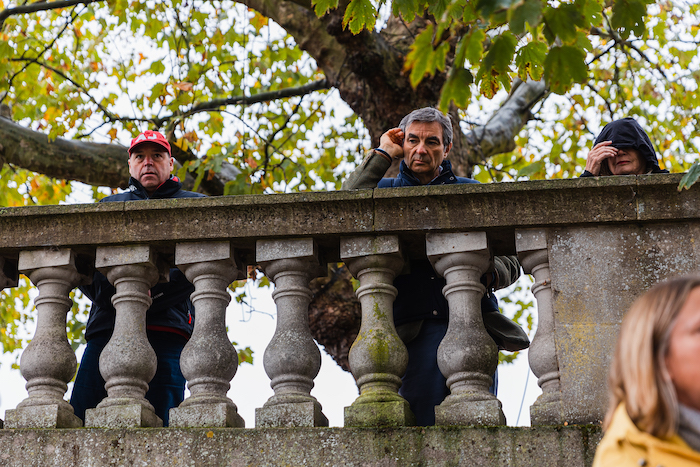 The Henley Mermaids finally finished their summer-long swimming challenge on Saturday morning, marking the moment with a demonstration against river pollution. The protest, held on the Red Lion Lawn at 9am, was attended by comedian Russell Brand, Henley Mayor Michelle Thomas, representatives from local environmental groups, and many members of the general public.

Over the course of the summer, the Henley Mermaids — Laura Reineke, Jo Robb, Fiona Print, Susan Barry and Joan Fennelly — have swum 104 miles of the Thames, starting in June at Cricklade. Their aim has been to raise awareness about river pollution, and along the way they have been raising money for the environmental charity Surfers Against Sewage.

With this goal in mind, it seemed only fitting for them to end their journey in Henley with a protest. The Mermaids were joined by other environmentally minded swimmers and supporters of the cause at the Red Lion Lawn to hear speeches from: Russell Brand; Mayor Michelle Thomas; Ash Smith (Windrush Against Sewage Pollution); Mark Hull (Oxford Rivers Improvement Campaign); Lynne Lambourne (Warriors on Waste); Kate Oldridge (Greener Henley); Henley Mermaids; and Fr Jeremy Taylor.

Henley Mayor Michelle Thomas led the way with the speeches, stating, “Looking up Thames Water online what pops up is their tagline ‘building a better future for our customers, our region and our planet’. Hmmm! As of 2021, just a year ago, Thames Water has accrued £32.4m in fines since 2017 for 11 cases of water pollution. Raw sewage was discharged into rivers 375,000 times over more than 2.7m hours in 2021, according to Environment Agency data. They also lose 677.2 million litres of water per day through old and leaky pipes – more than any other water company!”

Russell Brand was next to take the microphone. He said, “We know what Henley customarily represents. Without the river, without the regatta, there is no Henley. The entire identity is built around this river, and the idea that it’s a dumping ground for — I won’t even say, if I said the word that is most commonly used to describe it, you’d be appalled, and in reality it’s being pumped into the river where people swim and live. It’s an example of detachment and we need to awaken to that reality.”

Russell also stated, “The only way I can imagine there ever being a solution is if communities were directly involved in the governance of their facilities. Why should Thames Water be extracting profit while pumping in excrement? What kind of a model is that? I’m really proud to support all of the campaigns that have coalesced around this vital issue. I’ll do anything I can to promote it. I am so grateful to you for being here.”

Local eco-warrior Lynne Lambourne, who runs regular river cleans in Henley, made an emphatic speech about the state of the Thames. She said, “Plastic and rubbish in our rivers is not the only disaster we are facing. Raw sewage is being dumped into our river. We should not, on a paddle board river clean, have to sift out a tampon or a sanitary product.”

Yvette de Garis, Head of Environmental Engagement at Thames Water, was also present at the protest, and made a speech on behalf of the company. Addressing the crowd, she said, “We are here to listen, and the action you are taking is really valuable. It is being heard within the company. There are numerous things that I could listen that we are doing to improve things, but I’m not going to take your time today. The main point that I want you to take away is that all of our investment has to be justified as having customer support. So being able to point to these kinds of events and the number of people who turned out on a cold, wet November day to state how important the river is to them and how much they want to see improvement is really helpful to us in trying to get the right things to happen. Our CEO has been totally open that in her view, any discharge of untreated sewage into the river is unacceptable. We want to get to the point where that’s not happening as quickly as we can.”

Laura Reineke, one of the Henley Mermaids, reflected on the women’s swimming challenge. She said, “We have had a really busy year, and the Thames swims have been a highlight, we all really love our river. We have seen the Thames from water level, beautiful wildlife, shopping trolleys, kingfishers & office chairs! I’ve thoroughly enjoyed campaigning & raising money for Surfers Against Sewage this year, even though raising money has been really difficult with the cost of living, I think we have raised awareness around the state of our waterways quite successfully.  Dedicating each year of mermaid fundraising to a different charity really opens your eyes to the different needs of our communities. I’d like to take this opportunity to thank the people of Henley for all their ongoing support.” 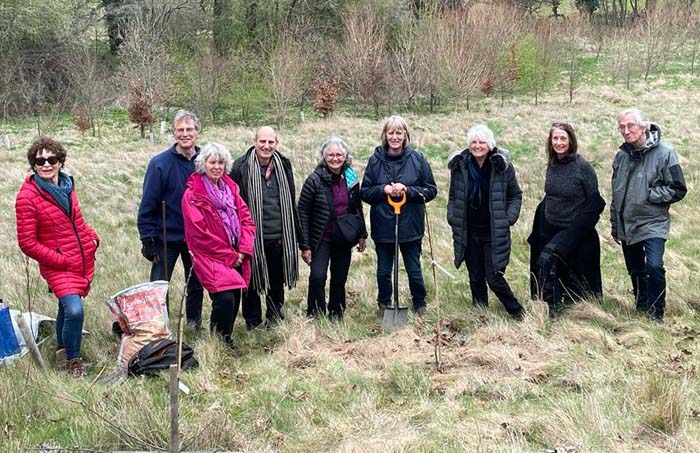 Tree Planting at Tilebarn Wood in Memory of Malcolm Dodds 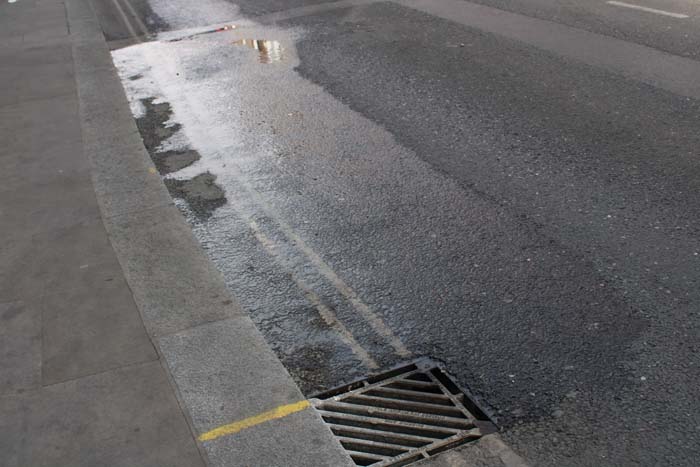 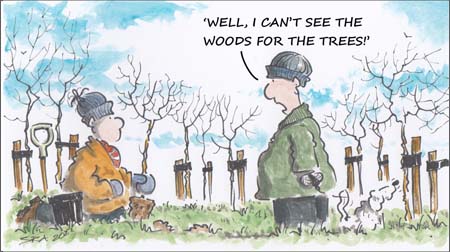 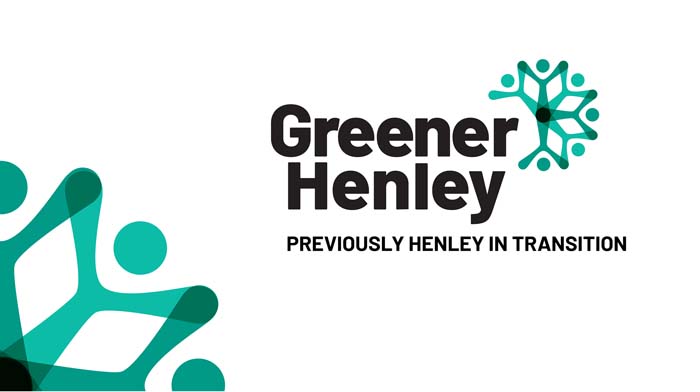 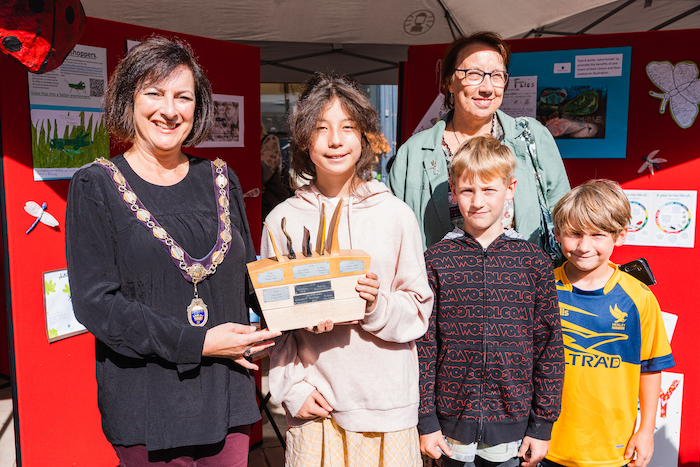 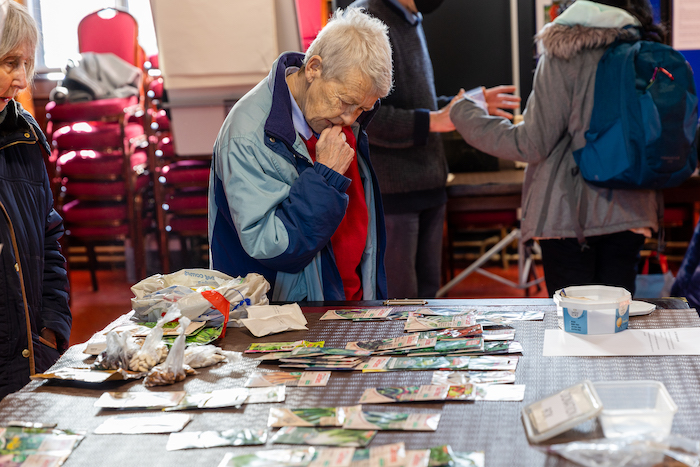