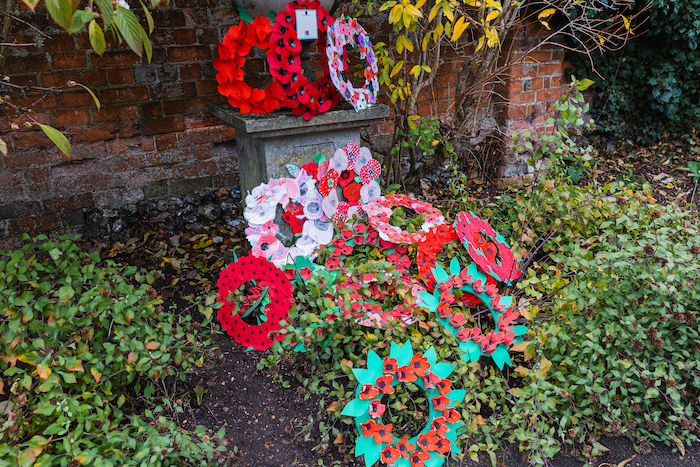 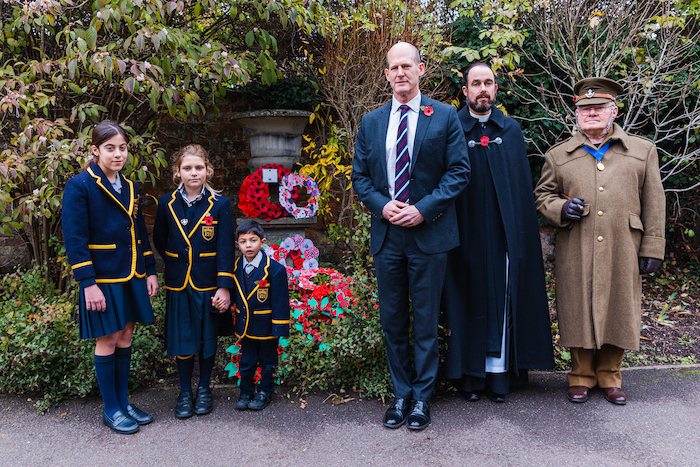 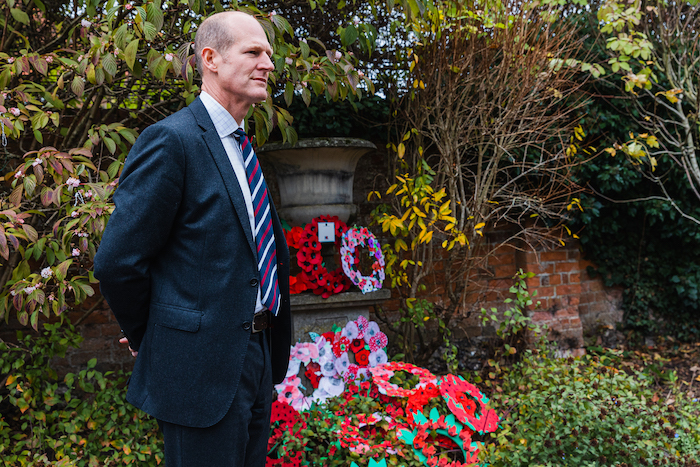 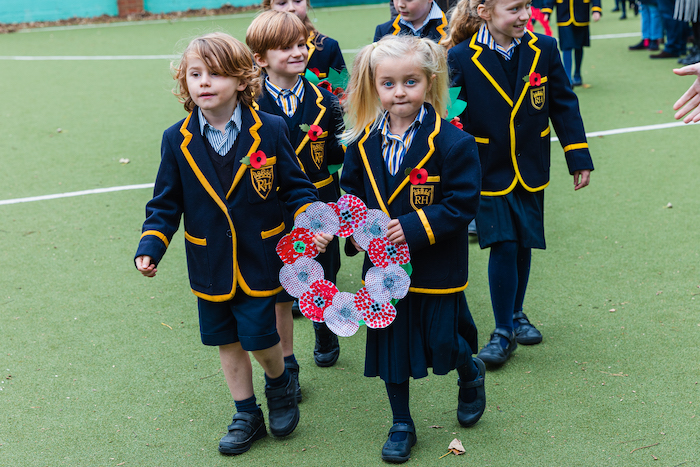 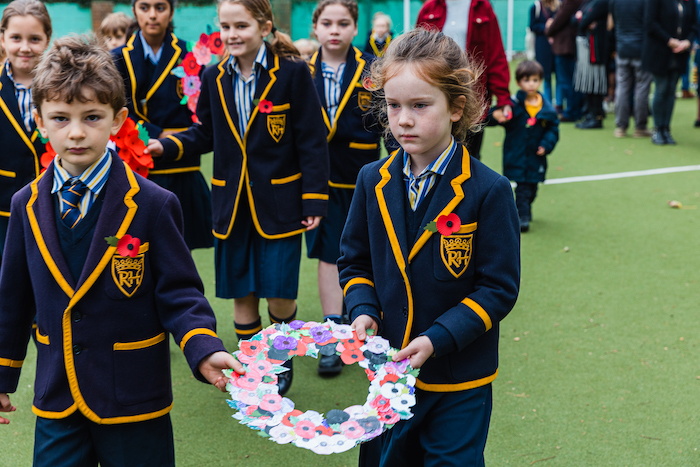 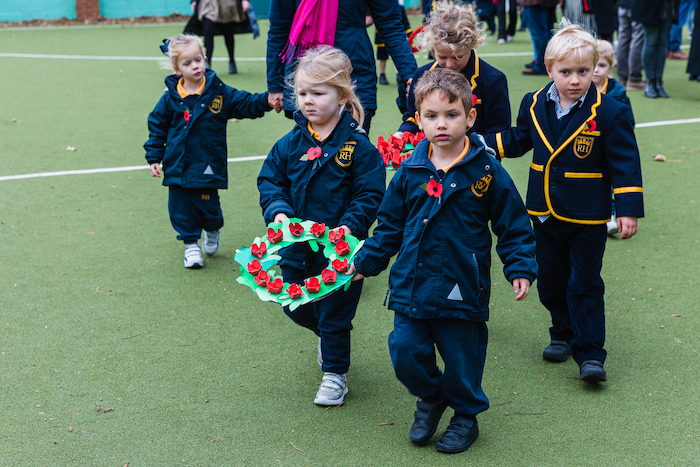 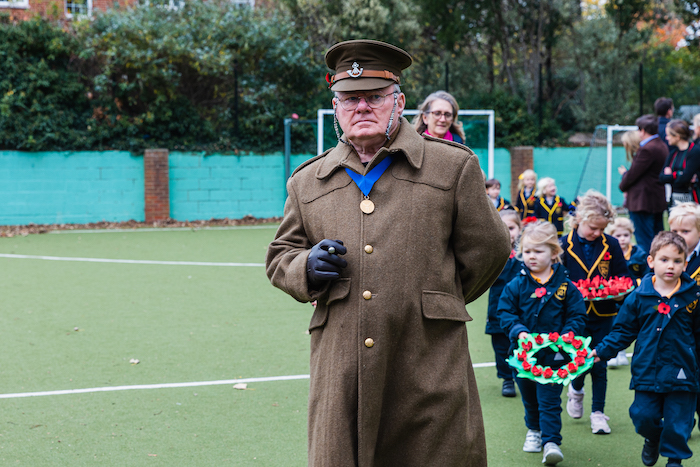 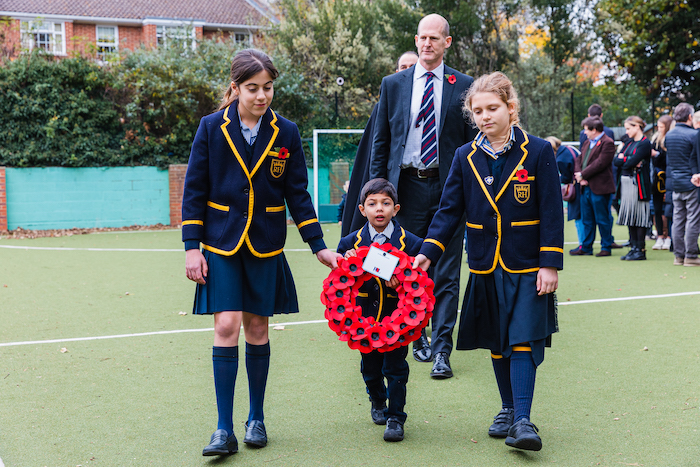 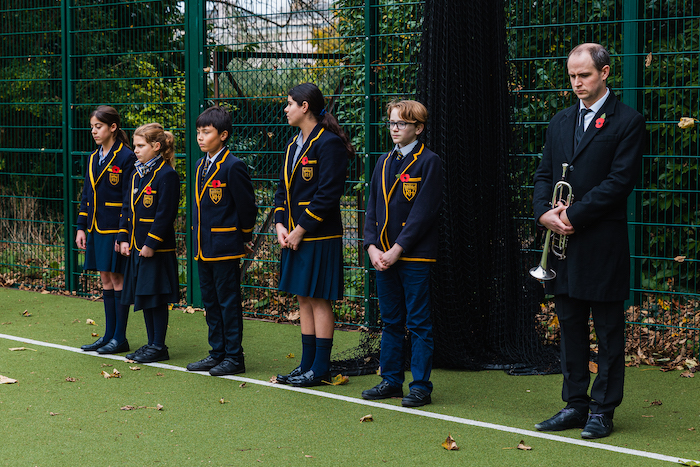 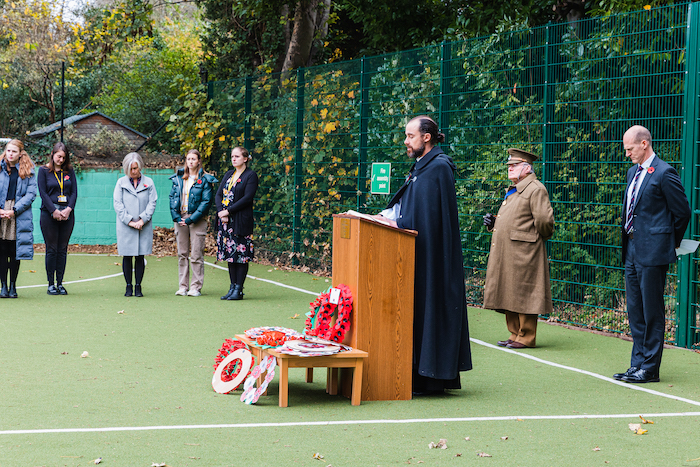 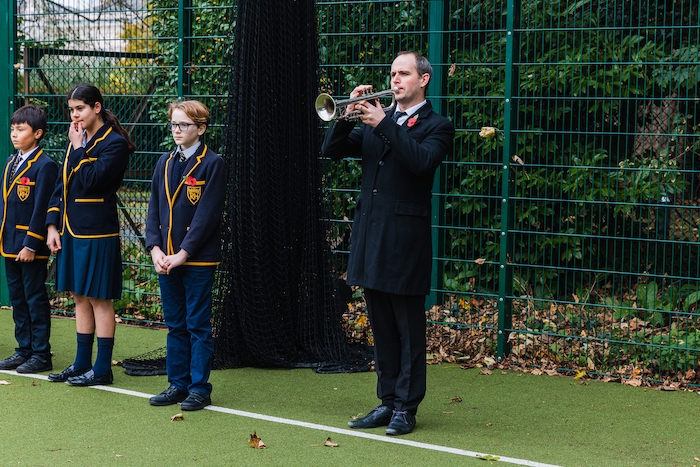 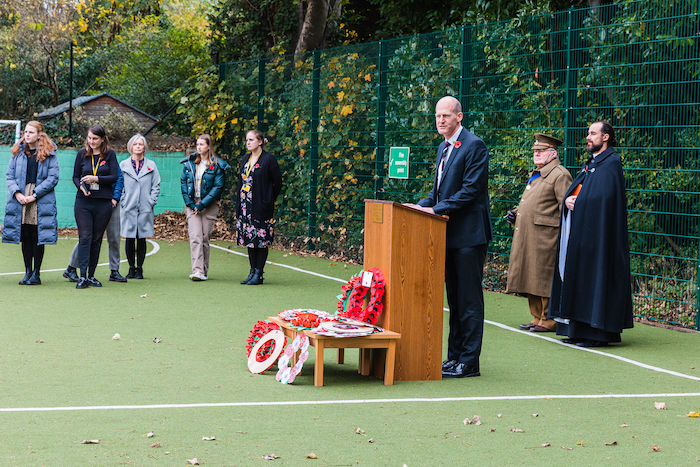 Rupert House School fell silent last Friday morning as students, teachers and parents gathered for the annual Remembrance Service. The school paid tribute to the soldiers and animals who lost their lives in war through readings, prayer, wreath laying, and a one minute silence.

The service, held on the school playground, was opened by Headteacher Nick Armitage. He stated, “By remembering the past, we make better decisions in the future. Sadly that’s not always the case, but it is very moving that the children embrace that and understand that, and they’ve all played their part in today.”

Mike Willoughby, founder of the Lest We Forget project, was present to represent ‘Tommy’, the fallen soldier. He said, “First of all I would like to congratulate the Headmaster, your teachers, and especially you, on the immaculate turnout this morning. The readings have been brilliant.”

Mike continued, “The words that I remember are, when you go home tell them of us. For your tomorrows we gave our todays. That is exactly what you are doing. If the men of Henley who died in those places had known that in 2022, a small corner of Henley was going to remember them in such an incredible manner, I think they would be quite happy with the sacrifice that they made. I salute you.” 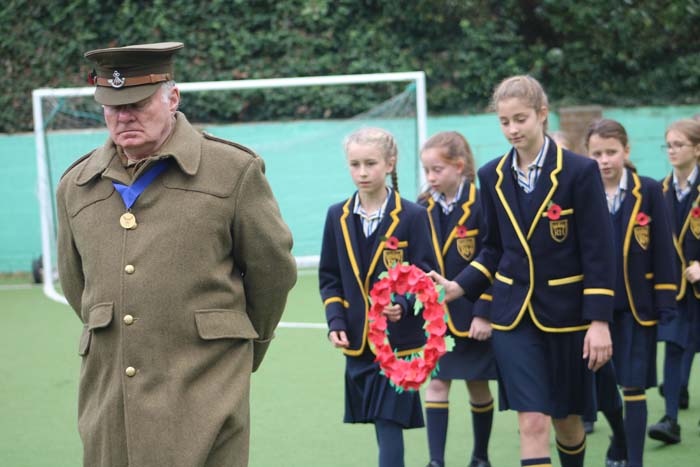 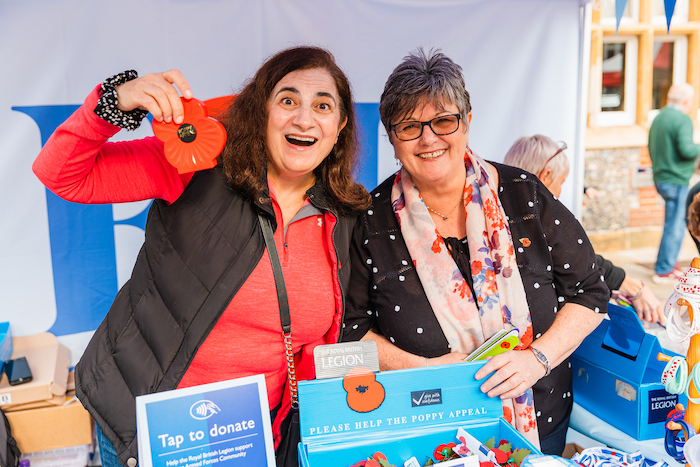 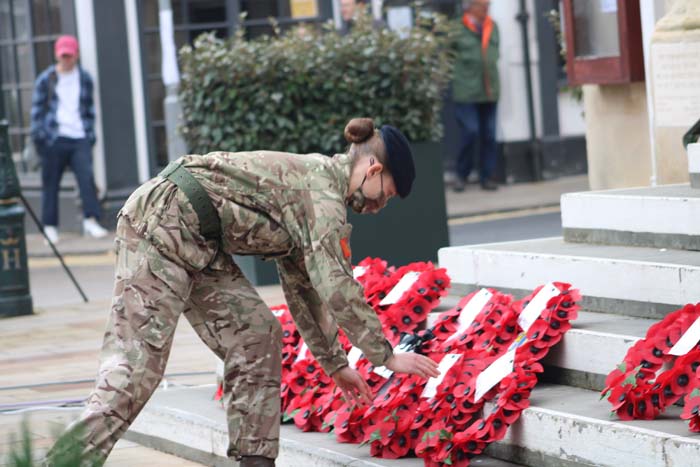 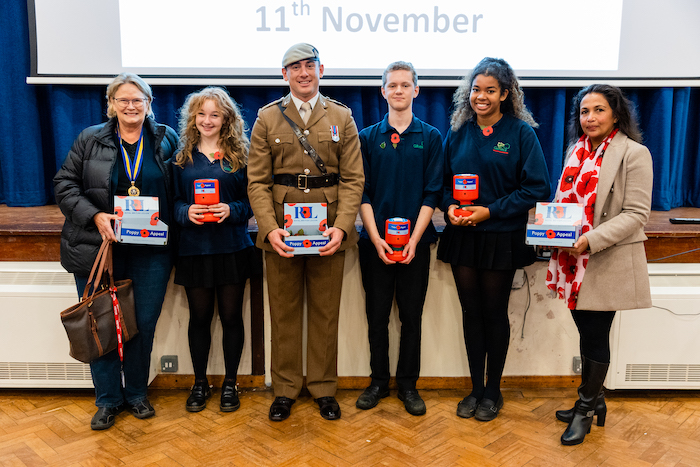 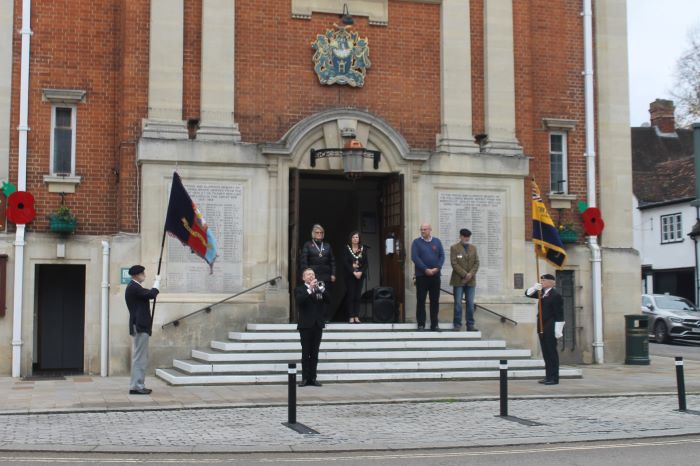