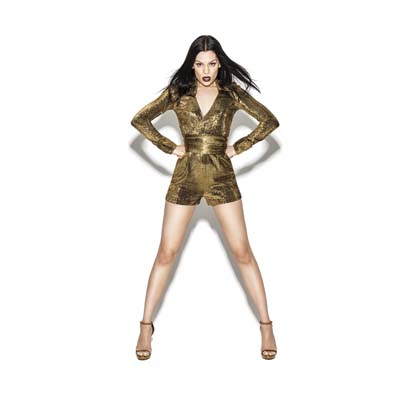 The glamorous Henley Festival in partnership with BMW is known for its eclectic evenings, full of world-class performances on the stunning banks of the River Thames. Now the festival’s musical entertainment just got even more spectacular with the addition of chart topper Jessie J on Wednesday 8th July, World Music pioneers Gipsy Kings featuring Nicolas Reyes & Tonino Baliardo on Saturday 11th July and a host of top comedians. Appearing in The Salon Late enjoy the award winning Mark Watson, impressive impressions from The Only Way Is Downton, musical comedy from The Horne Section, rising star Abandoman, Australian maestro Adam Hills and the multi talented Adam Kay.

Once through the doors of the fun-loving & quirky festival, the worlds of art, comedy, theatre and fine dining collide with unexpected surprises at every turn. With just 6,000 tickets available for each black tie evening, don’t miss the chance to immerse yourself in this truly unforgettable experience; tickets are on sale from 9am today (Tuesday 24 February) www.henley-festival.co.uk priced from £35.

WEDNESDAY 8 JULY – Bringing her inimitable vocal talent to Henley Festival’s Floating Stage is one of the UK’s most successful contemporary artists, Jessie J, whose much-anticipated performance sure to light up the riverbanks. Over in The Salon Late, TV personality and first rate stand up Mark Watson takes to the stage ready to leave the audience in stitches.

Jessie J said: “So excited to be headlining the opening night of the Henley Festival this year and performing alongside the likes of Lionel Richie!!”

THURSDAY 9 JULY – Bringing all the hits, all night Long on Thursday, international superstar Lionel Richie makes his Henley Festival debut on the Floating Stage. Comedy masterpiece The Only Way Is Downton takes over The Salon Late as impressionist extraordinaire Luke Kempner comes to Henley, plus guests can enjoy music from singer songwriter Hannah Scott and more talented performers throughout the evening.

FRIDAY 10 JULY – For One Night Only – By overwhelming popular demand a full orchestral, classical concert headlines the festival on Friday. Celebrate the music of George Gershwin in the company of the full Philharmonia Orchestra, conducted by Troy Miller and Fabio D’Andrea. Vocal sensations Laura Mvula and Gregory Porter perform together alongside superstar classical trumpeter Alison Balsom and Chinese wunderkind Ji Liu at the piano. For ballet fans, Ballet Black unveils new dances to accompany the music devised by the acclaimed choreographer and performer Christopher Marney.   Plus, the UK’s finest musicians and comics come together in the Salon Late in the form of The Horne Section, a spontaneous stand-up performance with outlandish musical talent, followed by superstar DJ Krystalroxx who returns for the second year in Indigo. 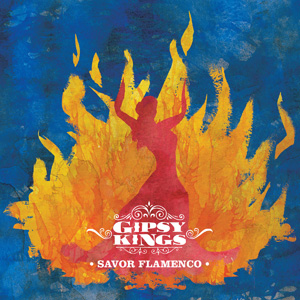 Tonino Baliardo, who have dominated the World Music charts for 25 years and sold more than fourteen million albums. After a sell out headline performance at Henley Festival in 2008, the group make welcome return to the Floating Stage. The multi Award winning Abandoman heads up the evening’s comedy in The Salon Late, creating hilarious freestyle songs at lightening speed based on audience suggestions. Also joining the comedy bill in the Salon Late Late is writer, producer, musician and comedy connoisseur Adam Kay who’s songs and performances have made him one of the most in demand comedians of the moment.

Gypsy Kings said: “We love playing Henley Festival and the audience that comes out, we look forward to the fiesta.”

SUNDAY 12 JULY – Ahead of announcing our special guest headline act, Henley Festival is proud to host one of the world’s best stand-up comics, Adam Hills.  Having achieved international success with many critically acclaimed shows, his combination of positive uplifting comedy & rampant spontaneity have seen him receive numerous of awards, glowing reviews and a legion of fans around the planet, don’t miss this special performance in The Salon Late.

ACROSS THE FESTIVAL – Henley On Thames’ iconic riverside setting has something intriguing around every corner and numerous stages featuring a diverse bill of talented acts. In the Bedouin Tent, up & coming and international artists serenade guests as they work their way through the maze of entertainment. Well known for its mix of quirky and immersive antics, Henley Festival’s signature Roving Troupe of Entertainers is a truly international mix. The colourful group includes Crazy Pony who combine world music and acrobatics, miniature film experiences in Bakkie-Bike’s smallest cinema in the world, France’s Aquacoustic’s concert in a paddling pool and Scubabianchi’s underwater car. Impressive Greek statues come to life as a river’s worth of water erupts from all over their bodies, turning them into mesmerizing human fountains. Watch in awe as they accompany the festival’s nightly fireworks display, lighting up the summer evenings in style.

A host of artistic exhibitions will also be unveiled, taking in work from a variety of international names. Two talented artists Jiwon Oh and Otto Schade, will be working live to create something new and unique each evening, while eye catching urban pop art and a very special oversized four poster bed created just for the festival line the river.

For all the latest information and to book tickets, visit www.henley-festival.co.uk.

Let Architects and Designers Inspire You
Scroll to top