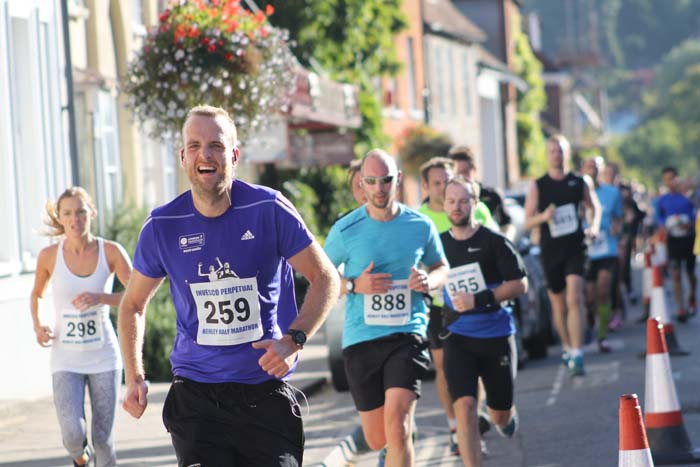 The Rotary Club of Henley Bridge are making the final arrangements for the 35th Henley Half Marathon and 10k which takes place on Sunday, 8 October.  Both races start from the Henley Rugby Club on the Reading Road at 9.30am. The race takes runners through the town centre, along the Thames towpath through the Chiltern beech woods and up the notorious Fawley Hill!. Both races finish at the Henley Rugby Club.

All of the money raised is for local charities including; Camp Mohawk, the RNLI, Shiplake College and many local groups who help steward the race, run the car park and help at the various water stations.

As with all distance races held for local charities many runners support various charities raising money through sponsorship for organisations such as Cancer Research, British Heart Foundation, Macmillan Cancer Nurses, Sue Ryder and many other deserving charities. Therefore, the race day makes a great deal of money for many charities both locally and Nationally.

One group who have participated for four years is local school Shiplake Primary PTFA, in the first 2 years it had been adults running the 10K and Half, but since Go Kids joined last year with the One Mile Challenge lots of children have joined in, and they had a brilliant time running and raising money! 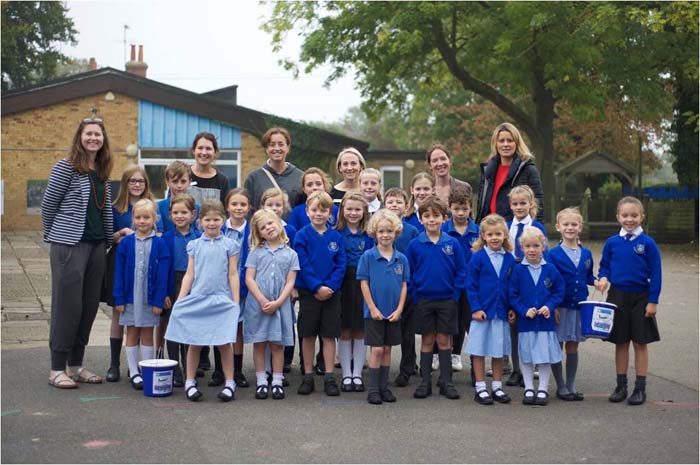 This year there are 3 teachers, 21 parents, 2 governors and 26 children in the team running on the day – which is their biggest team ever with everyone seeking sponsorship. Last year was their best year yet and they raised well over £3,000 which was amazing! The School is really grateful to all their generous supporters and they would be thrilled if they raised half of that staggering £3,000 again!!

All the money raised is donated to the school and is used to buy equipment  which has included an upgrade to their computer suite, sports equipment and library books. This year the PTFA are fundraising to help finance the installation of an artificial grass surface in the Key Stage 2 playground.  This will mean the children can play and have PE lessons on a softer area –  something much requested by the children. Their sponsorship page is : http://uk.virginmoneygiving.com/team/TeamShiplake2017

Runners are guaranteed entry on the day and are able to sign up for chip timing up until 9.15am on the 9th October. Half Marathon entry is £35.00 and the 10k £30.00. More information is available on the Henley Bridge Half Marathon & 10k

The roads are closed from Toad Hall past the Rugby Club, Northfield End, Bell Street, New Street and half the bridge going out of town towards Remenham Lane from 9.30am until 10.00am.