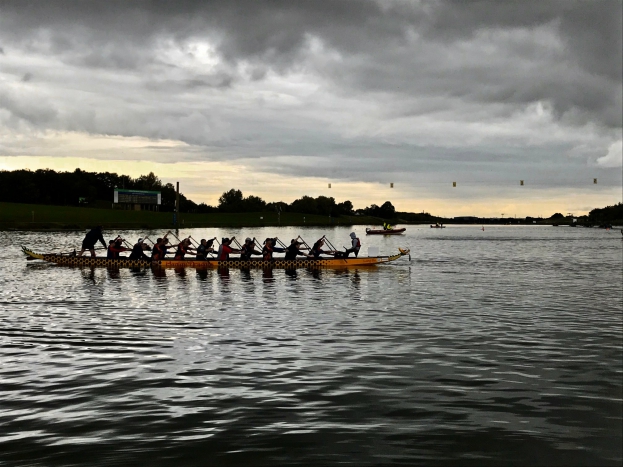 The Henley Dragons, filled with confidence from their last season’s race in which they narrowly pipped Wraysbury, the season’s winners to second place in the major 500m final, set off to the National Championships in Nottingham, for this two day event. Despite cold, rainy conditions, Henley were all set to compete in several categories, mixed, open, seniors, women and juniors. Henley joined forces with their sister club Pershore and Bristol for the mixed, ladies, senior and junior races. The open category consisted of all Henley paddlers.

The first day’s racing was the 200m and 2km distances. It is a jam packed day of racing, so crews have to be organised with runners on hand to get vital race times, results and lanes numbers in place. Henley put on a great show, after the heats, they stormed through into the major final in all categories. Henley came bronze in the 200m mixed, silver in the open, bronze in the ladies and bronze in the seniors. The youth team stormed home first in their race.  The 2km race was a different type of spectacle…all boats were to be set off 10 seconds apart depending on their finishing time in the 200m.  The course consisted of three turns, which Henley’s helm manoeuvred the boat around with exceptional skill. Henley’s open team started 2nd from last so were hunting down Wraysbury but were ahead of Amathus. Numerous overtaking opportunities were executed of slower crews as they followed Wraysbury around the course. Henley retained this position, keeping Amathus at bay… finishing the 2km in third place.

The second day consisted of 500m races, in all categories. Again a very successful collection of awards was achieved across the categories; Ladies Gold, Juniors Gold, Mixed 4th, Open Bronze and Seniors Silver. 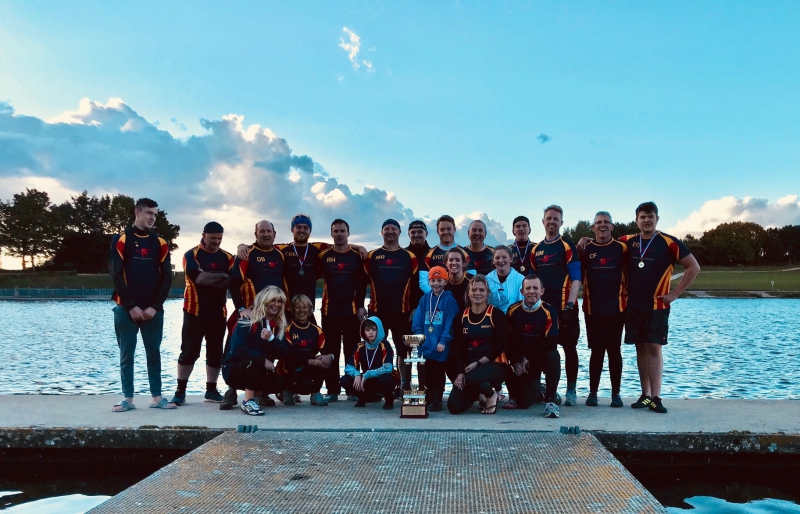 Henley Dragons are thrilled with their performance and trophy collection from the event. Henley placed 2nd overall by 2 points! The coaches put their all into preparing the Henley team for these races, and executed the weekend in a fun but efficient way. Henley now look forward to hosting the 7km Winter Series Event over the forthcoming months. The first race being on the 4th November. It’s a spectacle for Henley’s community and visitors to watch. 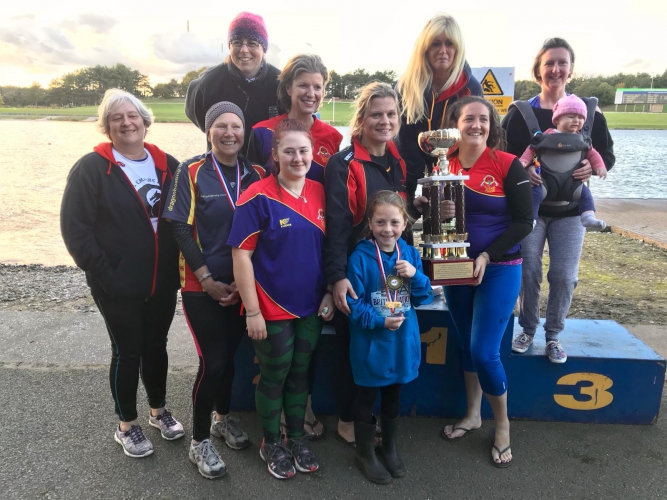