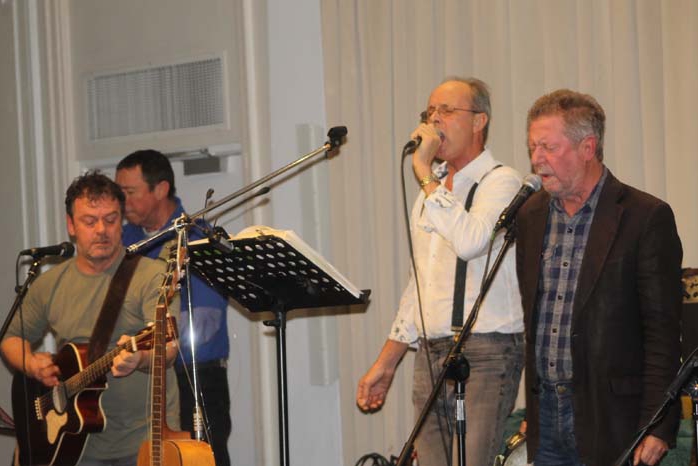 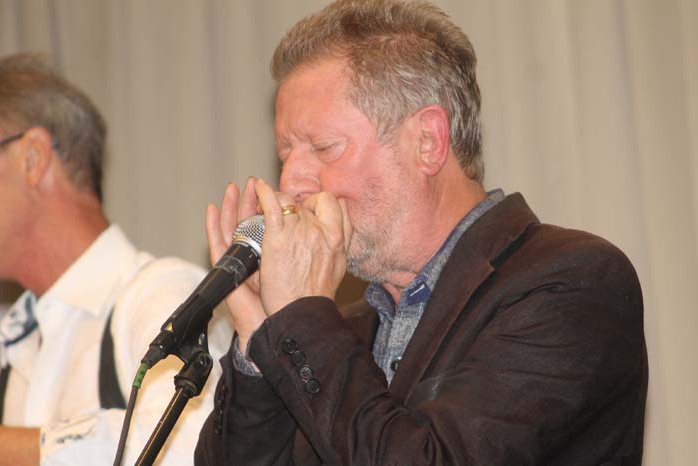 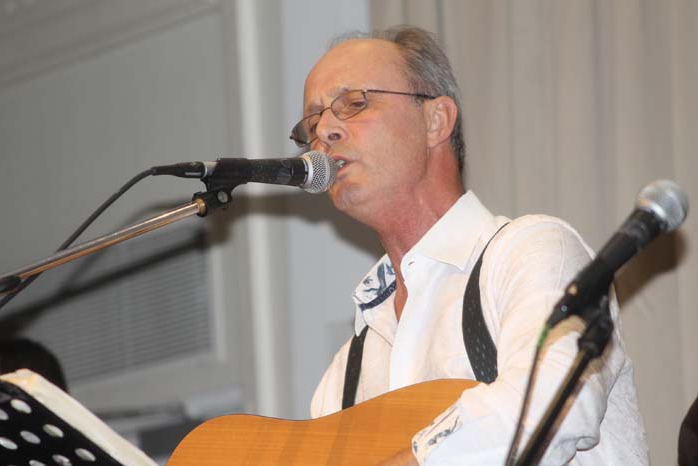 Door 2 to this year’s Living Advent Calendar was the door to the Ballroom at Phyllis Court Club to reveal band Highly Strung.

The band opened their set with Let Her Go by Passenger before going on to sing Rocket Man by Elton John,  Me and Julio Down by the Schoolyard by Paul Simon and Californian Dreamin’ by The Mamas and Papas.  They ended the great set with The Last Time by the Rolling Stones.

With the audience all sitting on chairs, lead singer, Ian Desmond tried to get everyone dancing in their seats and said, “This isn’t like our normal gigs, we normally get all sorts of things thrown at us – knickers, eggs – lots of eggs!”

The evening was raising money for Riverside Counselling through the raffle.

Caroline O’Connor, Commercial Director at Phyllis Court Club said, “We were delighted to host the Living Advent Calendar in our Ballroom again this year. Highly Strung put on a great fun performance and we are pleased that the event also supported Riverside Counselling Service.” 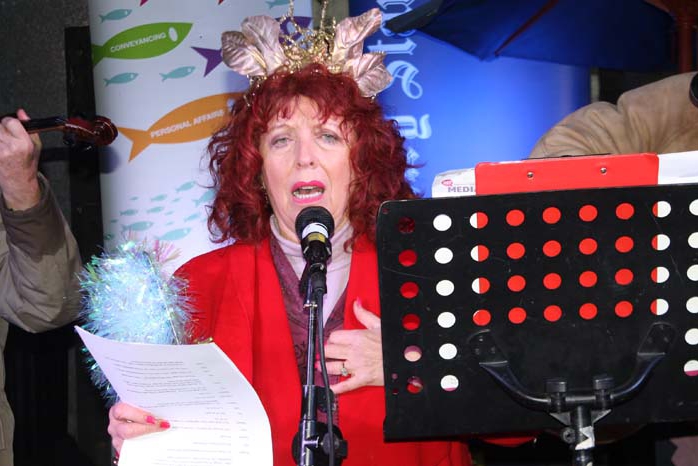 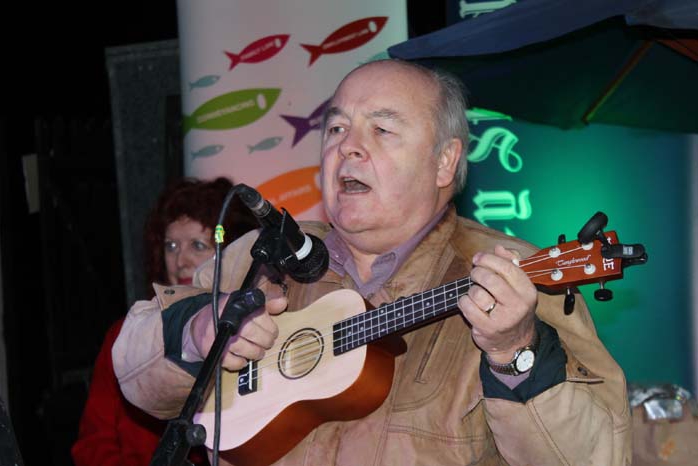 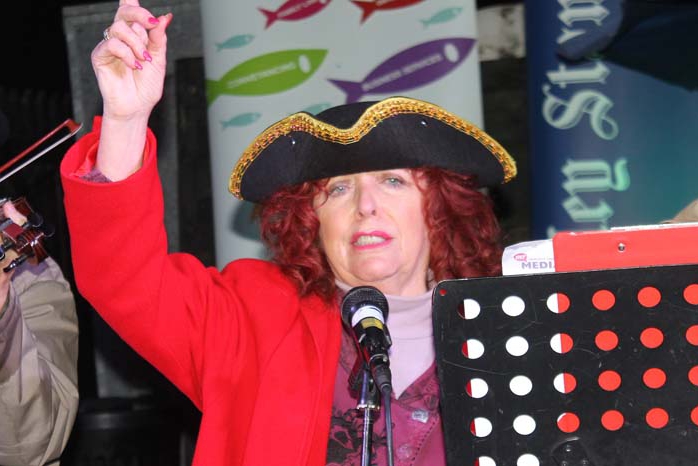 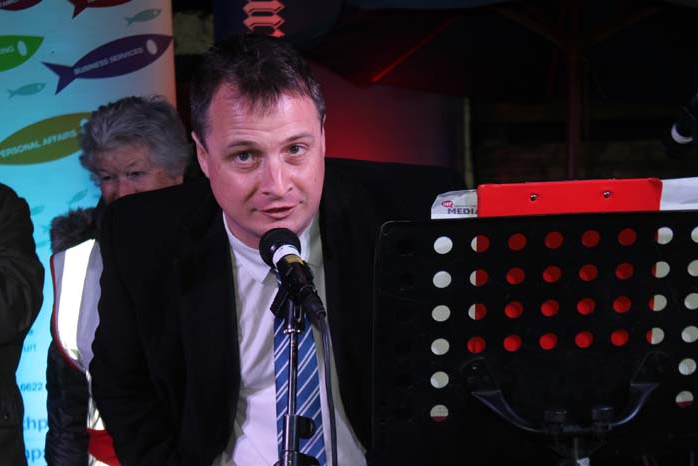 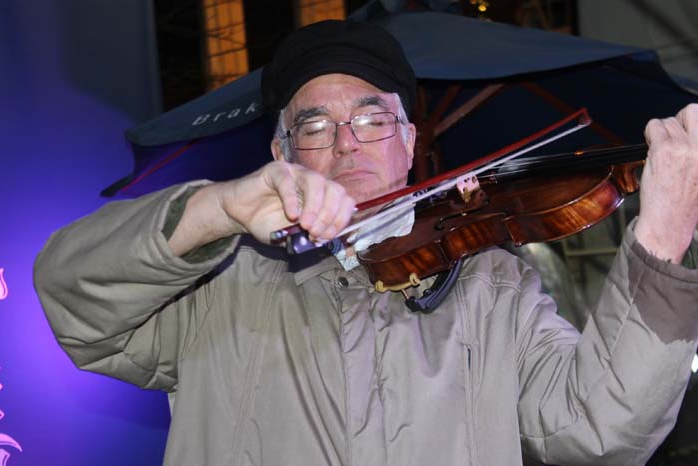 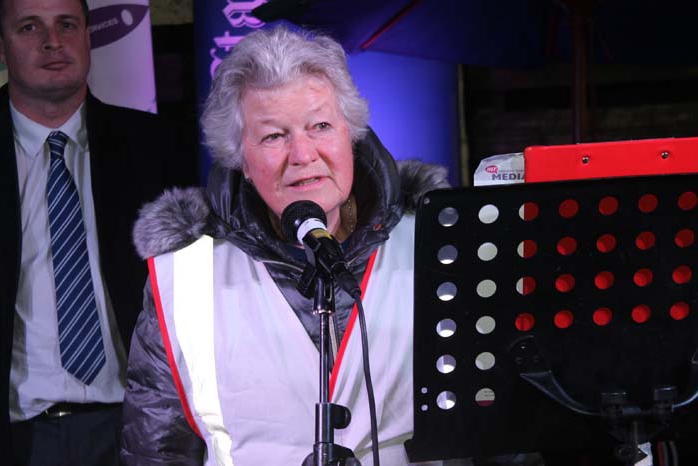 FidGit a two piece band with Mike Rowbottom on ukulele and guitar and Peter Crowther on violin were joined by Julie Huntingdon from HAODS (Henley Amateur Operatic Drama Society) for an evening of fun songs for night 3 at The Angel pub on the terrace.

The audience were treated to the legendary turkey rolls courtesy of Copas turkeys and Lawlors Bakers and mulled wine or cider.

The charity for the evening was Henley YMCA and Chair of the Trustees Rosemary Duckett spoke about the facility in Lawson Road and the support they offer their residents.  The money raised through the raffle would go towards providing business skills workshops.

The band opened with Doctor Jazz and went on to play Five Foot Two by Ray Henderson and Please don’t talk about me when I’m gone by Dean Martin.  Julie Huntingdon sang two hilarious original songs – Pirate Christmas Party on the River and Panto Time which Mike said was “devoted to the stalwarts who carry on the panto through all the odds!”  The finale song was Sweet Little Rock and Roller by Rod Stewart.

4 December – I Want a Hippopotamus for Christmas 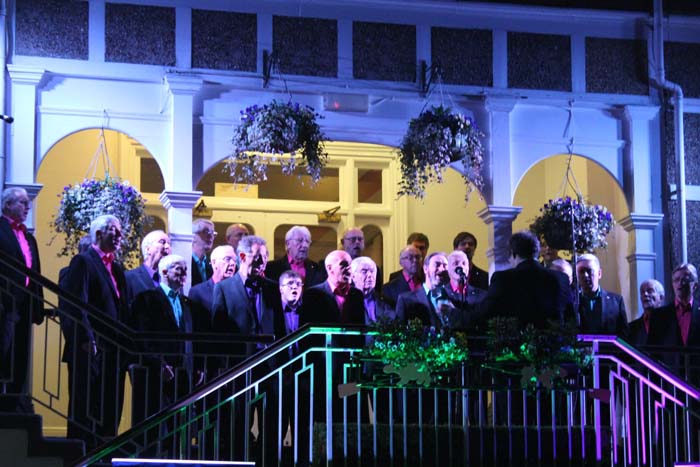 Thames Valley Choir sang the perfect song I Want a Hippopotamus for Christmas at Leander Club (a pink hippo is the club’s logo) on day 4 of the Living Advent Calendar.

They also sang a mixture of pop and festive songs which included I’ll Fly Away, You Raise Me Up,  Billy Joel’s For the Longest Time and White Christmas and The Secret of Christmas.

Organiser, Richard Rodway had a sore throat so he asked Niki Schafer who was sponsoring the evening to be the host for the evening.

Niki said afterwards, “I really enjoyed the evening. One of the best performances I’ve ever seen at the Living Advent Calendar.”

The evening was raising money for the Henley Youth Festival.