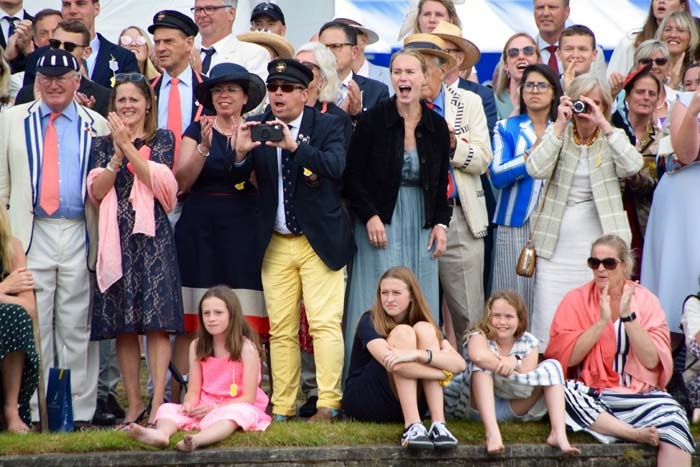 Henley Royal Regatta (HRR) has today announced that its application for an additional premises licence allowing the Regatta to extend from the current five days, starting on the Wednesday of Regatta week, to six days with competition starting on the Tuesday, has been approved by Wokingham Borough Council’s Licensing Authority.

The application for and grant of the additional premises licence is just the start of the process of adding an extra day to the Regatta. There is still considerable planning work to do to make a sixth day a reality and therefore it is likely that the Regatta’s schedule will not be extended before 2021.

Many residents in Remenham are opposed to the extension.  HRR said, “Throughout the application process, the Regatta has listened closely to the comments made by local residents and other interested parties and it now hopes to build on this process, by widening its engagement with the local community.”

A principal reason for extending the Regatta to six days is the desire to introduce a number of events for women’ s crews increasing the opportunities for the development of Women’s rowing at the highest level through Student, Club, and Junior competition.

As an initial step in this process the Regatta has decided to introduce a new event for University Student Women’s eights in the 2020 five-day Regatta, the entry criteria being similar to that currently adopted for the Temple Challenge Cup.

Although there are significant pressures on the current five-day programme, the Stewards are confident that this event can be incorporated in to the five-day Regatta in the space that was occupied by the additional one-off event, the Kings Cup, at the 2019 Regatta.

The Regatta’s Chairman Sir Steve Redgrave commented “After a very successful 2019 Regatta, I’m really excited about the prospects for the years ahead. A new event for University Student Women at the 2020 Regatta which I hope will prove to be popular and attract a strong entry and then working toward the introduction of more Women’s events for Club and Junior competitors in a six-day Regatta.”

What do you think about the extension?  Leave your comments below.