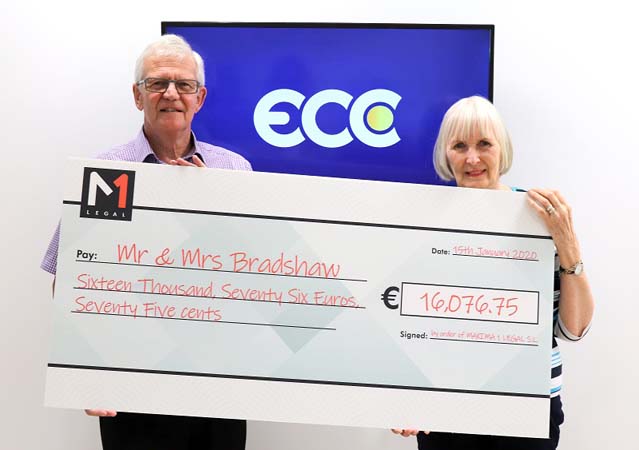 European Consumer Claims based in Henley and our Have Your Say sponsor in partnership with M1 Legal have been successful in claiming back €16,000 for a UK couple in their 70s from Club La Costa World in the Spanish Courts.

Mr and Mrs Bradshaw, of Farnborough, Hampshire said, a “big weight has been lifted” after having been awarded €16,076.75 against Club La Costa in the Spanish courts for a timeshare purchase that was not legally compliant.

This is the latest victory for European Consumer Claims (ECC) and M1 Legal, a specialist firm of timeshare lawyers based in Malaga, Spain.

M1 Legal are currently processing over 1,500 timeshare cases of which 964 lawsuits have already been submitted to the court at a value of over £21million and to date, they have achieved 191 favourable judgements totalling £3.1million.

“We are so relieved that this burden has been removed because there would have been timeshare liabilities passed down to our estate,” added Mr and Mrs Bradshaw.

They urged others in their situation to give serious consideration to taking their case to court. “Go ahead,” said Mr Bradshaw, “but be patient and don’t be put off by the bad press you see online. Often enough the bad press is published by the very people who support the timeshare industry.”

The Bradshaws became fractional owners in 2012 of a two bedroomed apartment in Sierra Marina Resort, Club La Costa World, Malaga. In addition to paying over £8,000 pounds for their fractional ownership, they had previously paid £19,000 for other schemes relating to Club la Costa World plus considerable annual maintenance fees over £5,000 pounds.

“We saw it as an investment, to enjoy quality holidays – and we were advised that we would have the option to sell our fractional ownership back to Club La Costa World after 19 years but this was not the case,” added Mr Bradshaw.

“When we found out what they had told us was not true, we felt trapped having discovered the fractional ownership was unsalable there being no resale market,” said Mrs Bradshaw.

As well as not being able to exercise the sale of their fractional timeshare ownership, their problems with this timeshare liability were mounting up…

The couple decided enough was enough and in August 2016, they met with an ECC consultant in Berkshire to initiate the process to take legal action against Paradise Trading SL, a company belonging to Club La Costa World who was the vendor of their timeshare.

Their case was based on the fact that the contract did not specify an end date and there was no land registry information for the accommodation detailed in the contract, two important regulations required in Spanish law.

“We followed the process with ECC and it was all straight forward – they were very thorough in requesting all of the paperwork for our case,” said Mr Bradshaw.

M1 Legal was passed the case in 2017 and kept the Bradshaws updated on progress through the courts.

“We received €16,076 just in time for Christmas,” said the Bradshaws. “This was like a big cloud over us and now that it has been lifted, we don’t need to worry about family being lumbered with unwanted timeshare bills. We sincerely thank ECC and M1 Legal teams for their efforts.”

“We will never buy timeshare again,” said the couple. “From now on we make our own holiday arrangements and for this year have booked a cruise to Russia.”