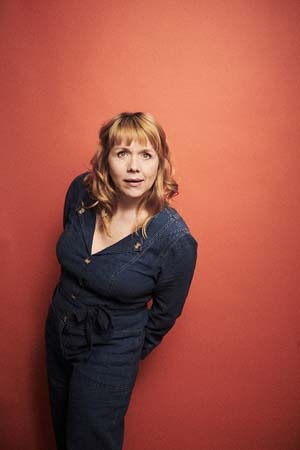 Comedian Kerry Godliman is back on tour with her new show BOSH and will be coming to the Kenton on Saturday 25 April.

Kerry describes BOSH: “It’s just me talking about the last year or two, observations I’ve made and experiences I’ve had. I suppose it’s essentially about being in your mid-forties and being a parent and trying to be a good human being. One of the themes of the show is about what it is like living in 2020, trying to manage modern life, my slight bewilderment at consumerism and trying to be ethical.”

As seen on Derek, Bad Move, Mock The Week, Live at the Apollo, Taskmaster, Michael McIntyre’s Big Show, 8 Out of 10 Cats Does Countdown, After Life, Save Me and Call The Midwife, and heard on The News Quiz, The Now Show and I’m Sorry I Haven’t A Clue. Kerry has performed stand-up throughout her comedy career, encompassing national tours and successful runs at the Edinburgh Fringe Festival.

Following on from a successful first series, Kerry will again star in Ricky Gervais’ After Life on Netflix in 2020. The show’s first series was hugely popular on both sides of the pond, so the second is eagerly awaited – and Kerry will return as the protagonist’s deceased wife, Lisa.

Kerry also performed a hilarious set at the 2019 Royal Variety Performance from the London Palladium, which aired in December.

For tickets go to https://kentontheatre.co.uk/event/kerry-godliman-bosh/

Madness Return to Henley Festival and are Joined by James Blunt & Sophie...
Scroll to top