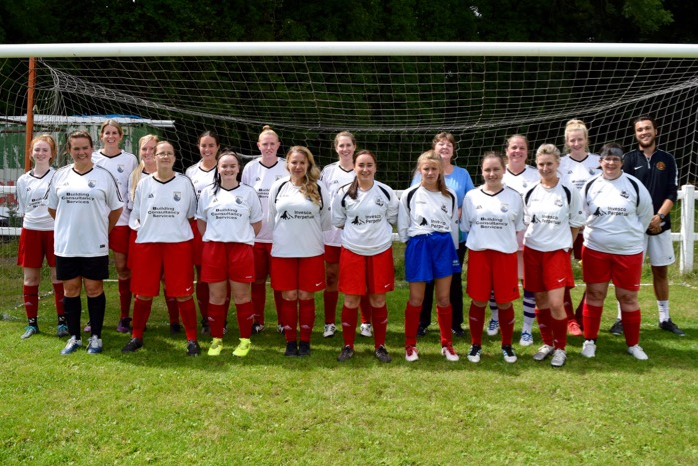 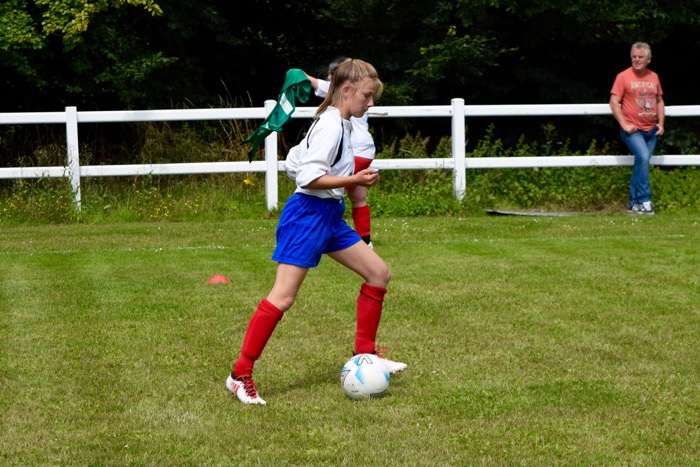 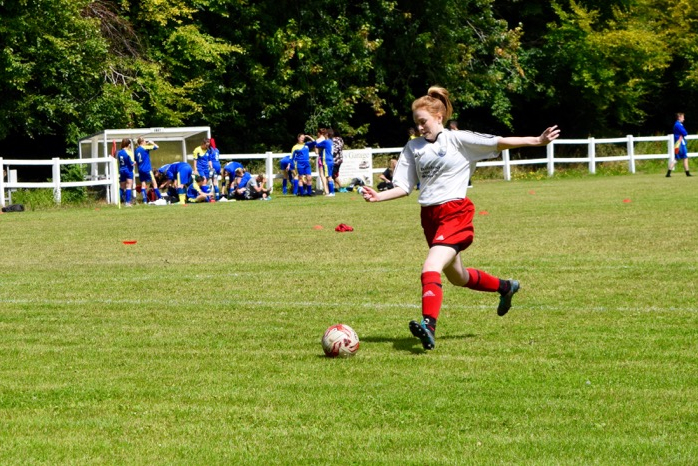 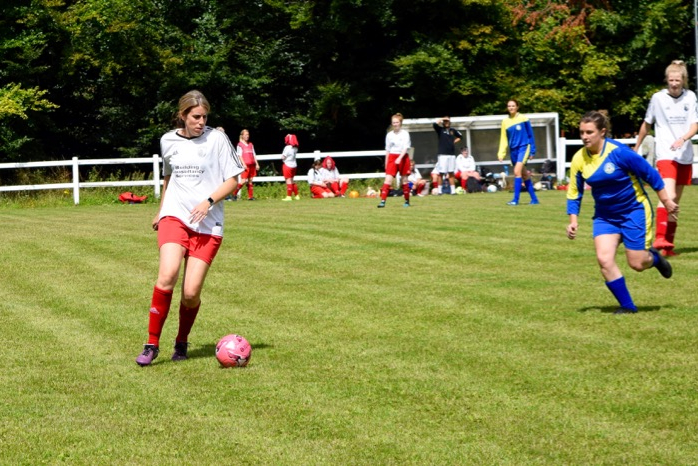 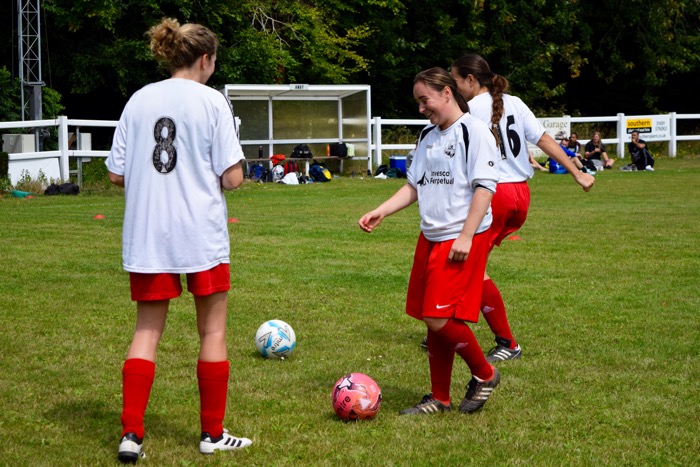 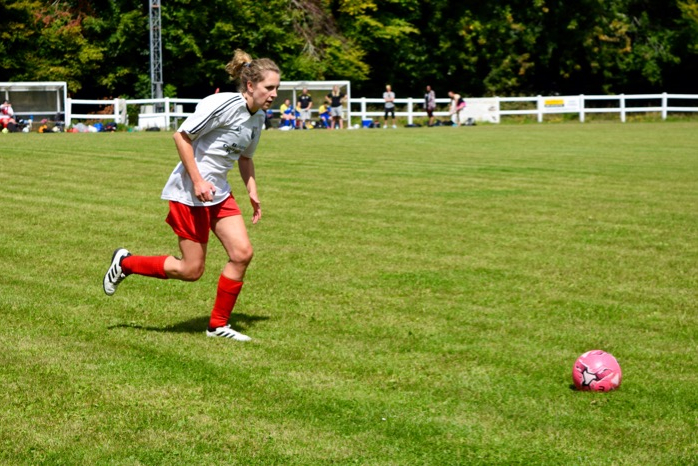 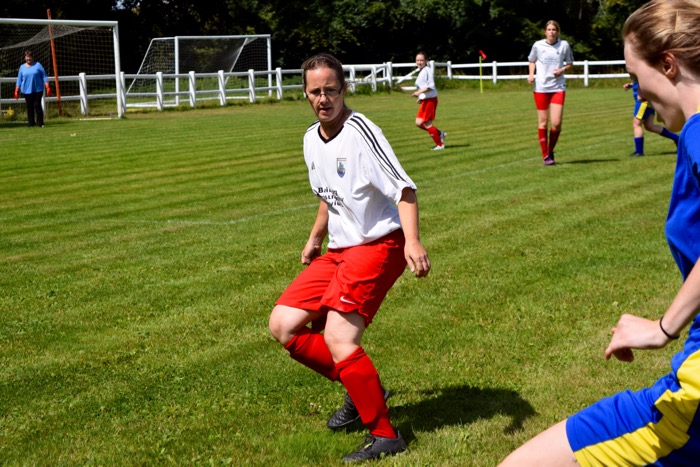 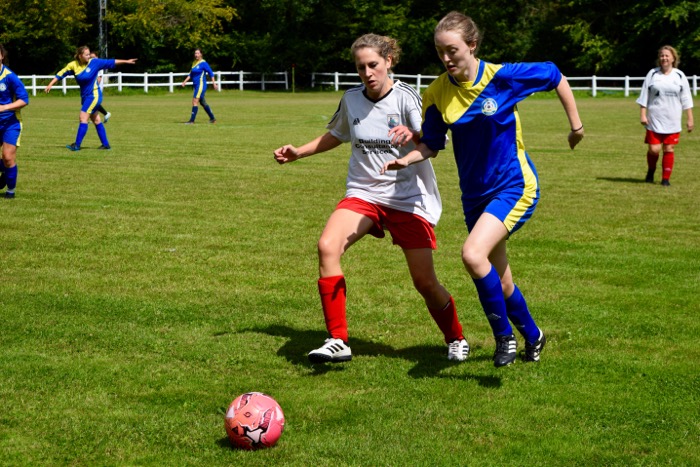 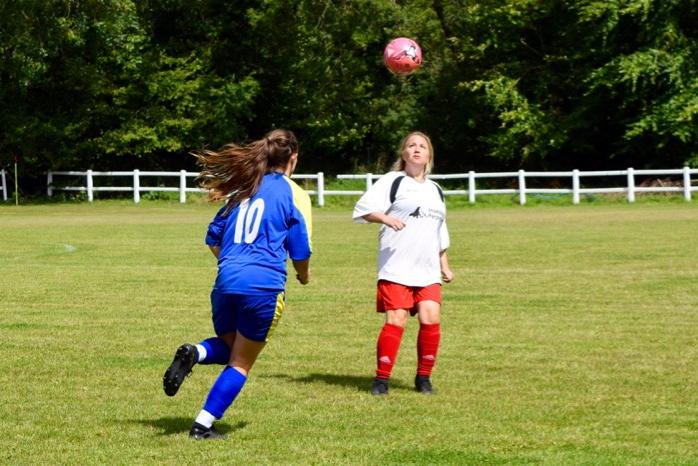 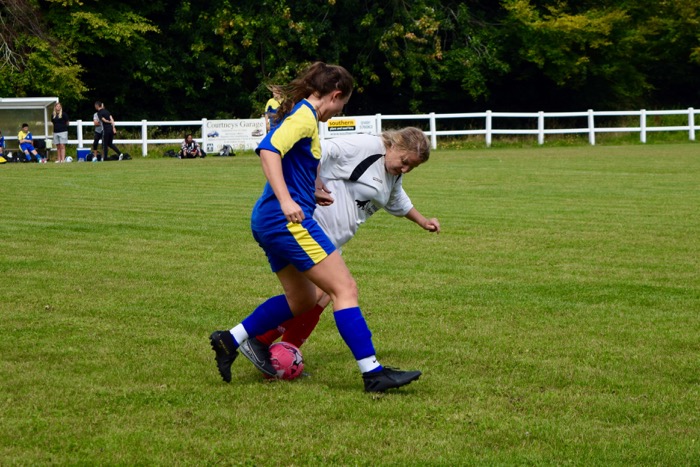 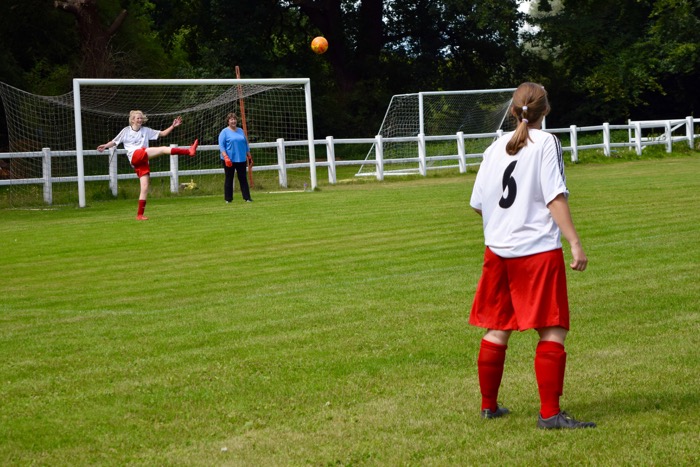 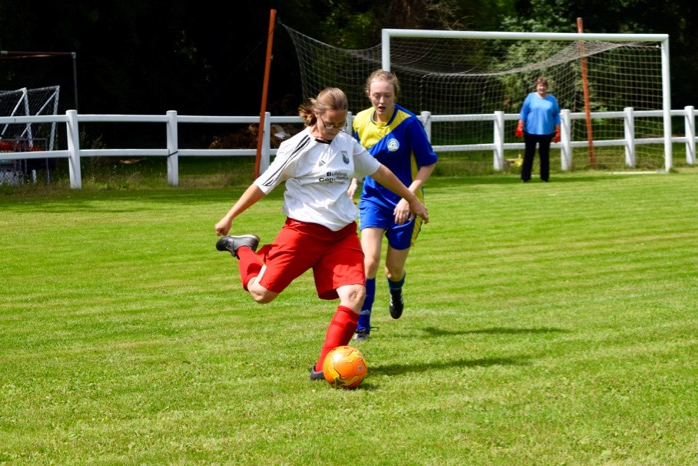 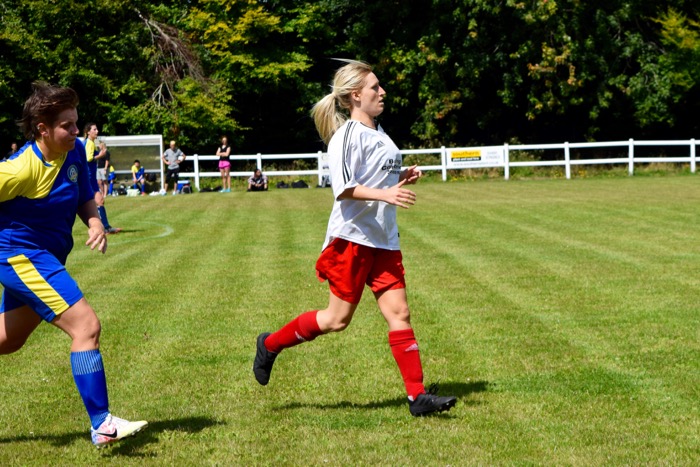 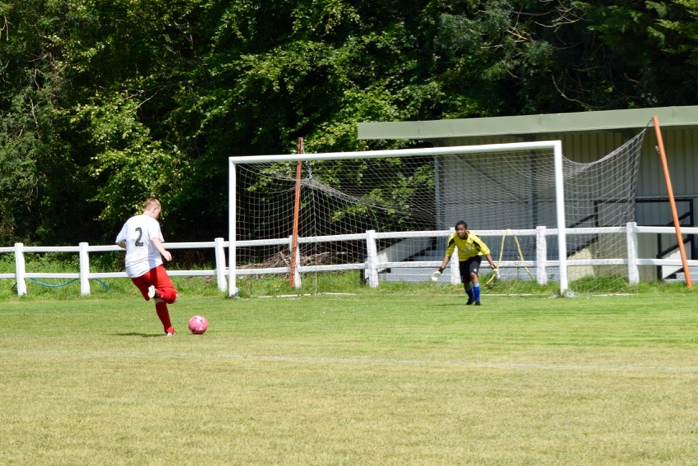 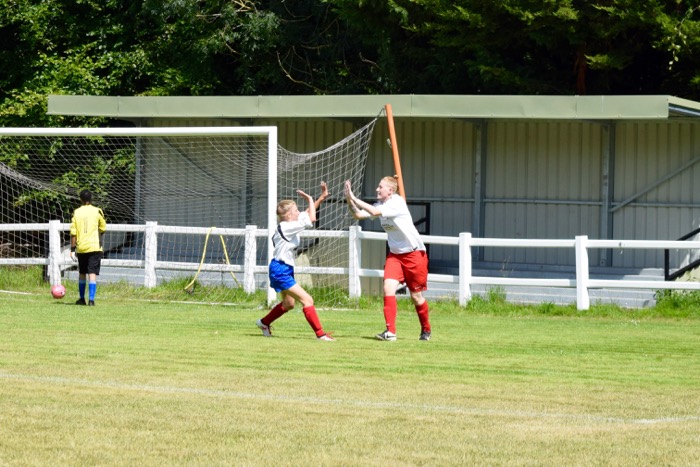 AFC Henley Women’s Team made a promising debut at their ever first match on Sunday (2 August). The team faced East Oxford Football Club, another newly formed women’s football side, in a pre-season friendly at the Henley Town Football Club in Mill Lane. Strong performances in the tightly contested game resulted in a tie, with a final score of 2-2.

Tensions were high going into the game, as for many of the AFC Henley players, it was their first time competing in a football match. However, the group soon got into their stride, with the first goal being scored by Henley within 20 minutes of play. The game was split into thirds of 30 minutes each, and the substantial turnout of players allowed for roll-on, roll-off subs. AFC Henley’s two goal scorers were Georgia Hill and Gemma Tominey. Louise Colam was Team Captain, and Woman of the Match went to the team’s youngest player, Jessica Mcdonagh.

The AFC Henley Women’s Team was formed in March 2019 after Rhian Nicholson and Tracy Sartin approached AFC Henley coach, Sam Bell about starting the group. Tracy’s husband, John was already involved with AFC Henley’s youth teams, whilst Rhian had been in conversation with friend and future teammate, Louise Colam about finding a fun way to keep fit and socialise. With the help of Coach Sam, a training session was organised for Thursday evenings, which attracted 40 local women to get involved within a matter of months. A number of familiar Henley faces joined the team, including Steph Maxwell of Divas and Dudes and the Creative Duck’s Sarah Gilbert. Though some had played football in the past, the majority of women who turned up to train had little to no experience of the game. However, with practice and guidance, the team has grown in confidence and ability, and are now ready to meet their opposition on the field in the Thames Valley Counties Women’s Football League.

Louise Colam said before Sunday’s friendly, “We’ve gone all through the winter and all through the summer months, and there’s been a kind of core of people who’ve kept on coming. We’ve felt like we want to do something else to challenge ourselves, so that’s where we’re at now. We’ve got lots of newcomers actually, since we said we want to play matches – I think people are looking for that.”

AFC Henley Ladies are welcoming new players for the 2020/21 season. Matches are played on Sunday afternoons, but they also have a ‘training only’ option for those who cannot or do not want to commit to matches. Training sessions are focussed on fitness and fun, so both novice and experienced players can pick up news skills whilst socialising with a great group of women. Training is from 8-9pm every Thursday during term time, with breaks for half term, Christmas, Easter and Summer Holidays. Both match day squad and training only players train at the same time, with the aim to split the groups into two as numbers grow. If you would like to get involved, email Coach Sam samuel.bell@afchenley.com or call 07554008067.

AFC Henley Women also have three more friendlies before their debut in the Thames Valley Counties Women’s Football League in September. These take place on Sunday 16th, 23rd and 30th August. Pop down to the Henley Town Football Club to show them some support.