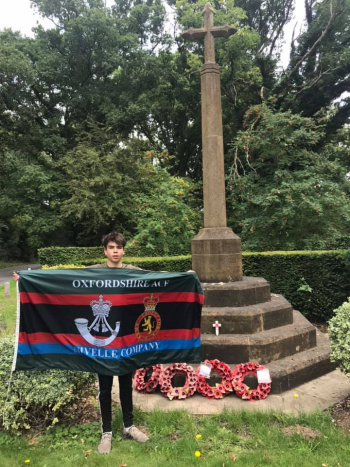 A few days ago, Sjt Fielder walked 26 miles (a marathon) to 51 serviceman graves & war memorials. He held a small service at each grave, followed by minutes silence and planted a poppy remembrance cross. Tom walked to graves in Binfield, Highmoor, Sonning Common, Henley and more.

Sjt Fielder had chosen the RBL as the cadets have been unable to organise their usual street collection. His goal was to raise £500, which was achieved in a matter of days. Tom continued to raise awareness of his marathon walk within the local community and within cadets. Tom even gave a radio interview with British Forces Broadcasting Servicing (BFBS). After all of Sjt Fielder’s hard work, he has successfully raised over £1100.

Major Wayne Thrussell, Officer Commanding of Nivelle Company said “Well done, what an absolute amazing effort, you should be very proud of yourself. A true Ambassador of the Company, Battalion & ACF!”

The money raised will provide support for members of the Royal Navy, British Army, Royal Air Force as well as veterans and their families. Whether it be for care and independent living, physical and mental wellbeing, financial and employment support, or even just guidance.

The Army Cadet Force is a national youth organisation sponsored and supported by the Ministry of Defence. For 12-18-year olds, designed to deliver challenging and varied training based on military themes and concepts. Henley Detachment at the Drill Hall in Friday Street & parade every Wednesday from 1900 to 2130hrs. We would love for new Cadets and Adult Volunteers to come visit us and experience something new, whether that is our virtual parade night or once we re-open for face to face training.  For any Henley Detachment enquires please email AUO Mel Haynes, 3360hayne@armymail.mod.uk 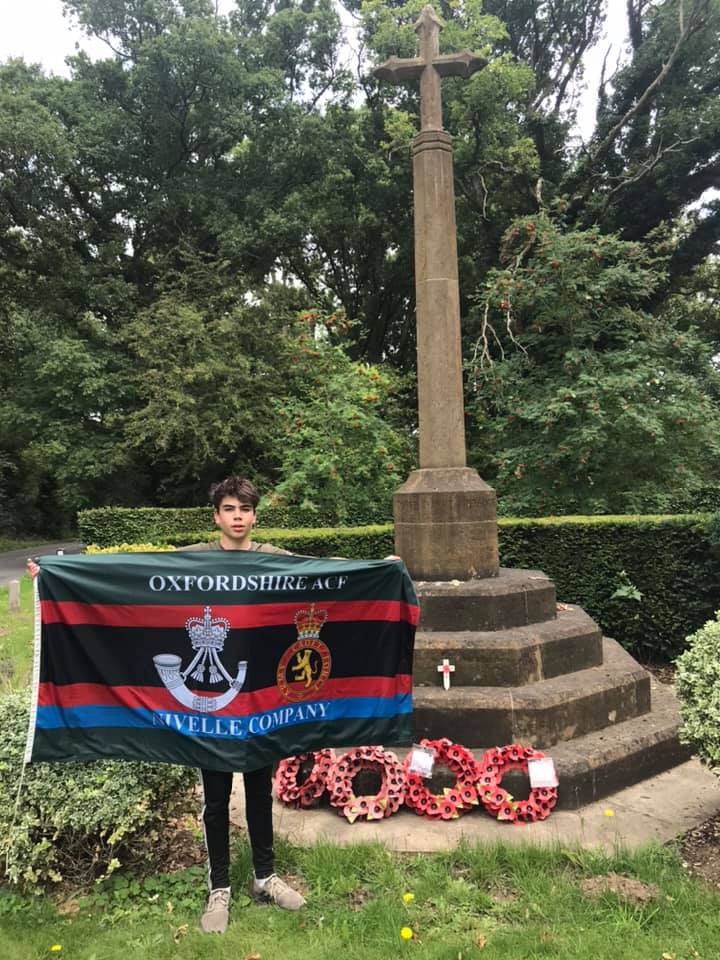